Legendary writer, director, producer, and artist FRANK MILLER talks CURSED, the latest of his celebrated works to be adapted for the screen…

STARBURST: With Netflix's Cursed, you and co-creator Tom Wheeler are playing with perspective. It's a retelling of Arthurian legend told from the Lady of the Lake's point of view. What do you think exploring a story from a different angle does for both the original story and for the one spinning off of it? How does it enrich both?

Frank Miller: To use your word, it ‘explores’. This is material that's open to endless exploration. It's been examined and imagined by many talents over a very long period of time, as well as by amazing illustrators. And so, there are wondrous places to go. Tom and I are just going down all the different little paths and seeing what we feel like pulling out and examining and illuminating.

What is it about this character, about Nimue, that resonates the most with you? What was the selling point here?

I've always loved the legend and everything about it. This is just stuff that had to happen. But Nimue in particular... Tom's inspiration was his daughter. She helped him bring a perspective to the legend and to tie everything together. He used her as a way to bring the magic into all of this. She is the magic of the story. Her hero's journey gives us a fresh take that has never been examined before. It makes this less of a boy's story.

There's the concept of the hero's journey, or the monomyth, and how humanity is essentially telling one story, describing one experience, in different voices. How does Cursed both honour that common human resonance and bring a fresh voice to the business of being alive?

That is something that I believe is largely discovered scene by scene. A hero is not defined so much by standing in front of a lightning bolt as it is by individual decisions made, particularly in times of stress. And with a young lead character in an alien hostile world, we see someone who has to face questions of intelligence, survival, and morality all the time. And there's romance, where is as natural of a stage in our lives as any. 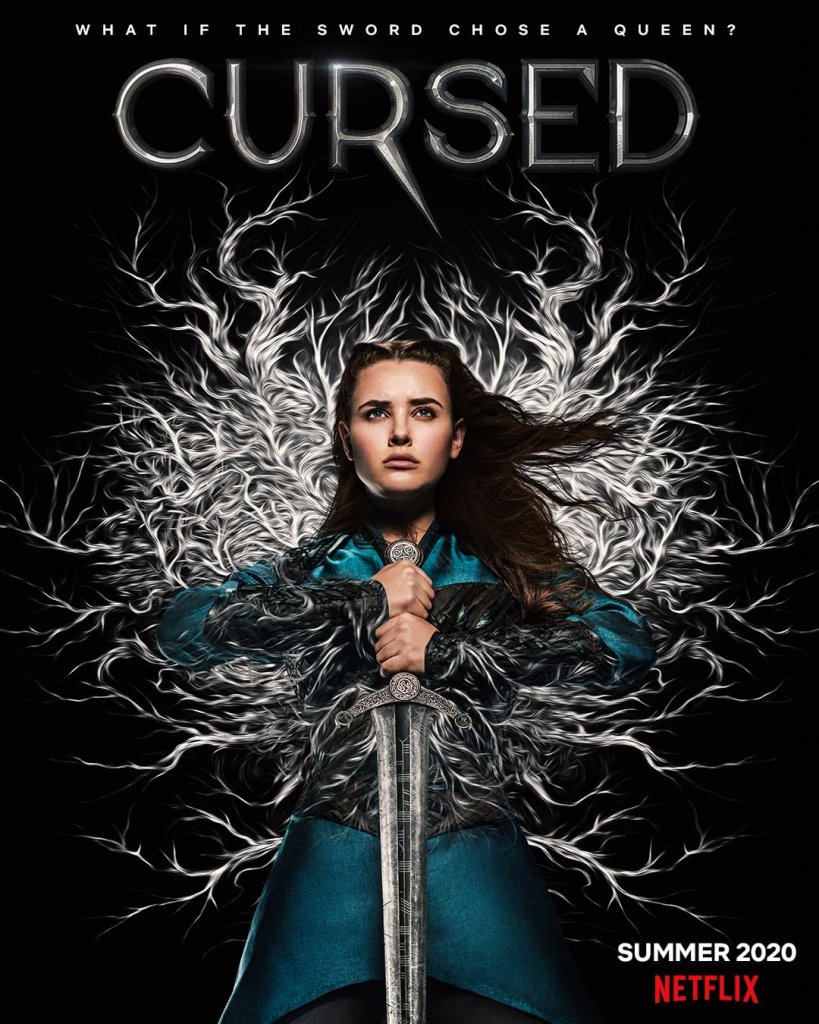 How do think viewers will connect with Nimue? You touched on it when you said she grows up, finds romance…

There's this theme of nature being so powerful. But I think what's really gonna sell Nimue is Katherine [Langford]. They're gonna see all the stuff that Tom and I talk about coming through her eyes, in her voice, and you're gonna fall in love with her.

In both the show and the book, there's this mix of medieval superstition, blind fanaticism on the part of the antagonists, the Red Paladins, and this family loyalty to her mother that really enriches the story. But underneath all of it is this really cool exploration of fear and how her fear and the fear others show her impacts her evolution. Can you speak a little on that?

There's a lot I love about that because it's so much to do with her fear of what's around her, obviously, but there's also other people's fear of her exceptionalism. That's something I enjoy. She is not like the rest. And she's going to learn that and know that better and her coming to know that to that extent and use it is really an integral part of the storyline. But also this is a world of fear. This is a world where demons dwell. Where ancient religions are in conflict with contemporary religions which are in conflict with internal truth.