The CGI feline faces of the upcoming big screen adaptation of the hit stage musical CATS are currently stalking our dreams, so we take this occasion to look at other films boasting the uncanny valley effect and decide whether they’re good, bad, or just damn bizarre…

As technological advancements are made, so too are attempts at recreating humanity artificially. Science fiction and horror genres have cautioned against such developments for decades, but whether in children’s dolls, creepy sexbots (admittedly less creepy than some of their owners) or attempts at AI robots (seriously, scientists don’t watch films, do they?), it has been a constantly developing story, and some efforts to replicate the human image are getting nearer the mark. But no matter how close they get, the uncanny valley effect still plays a part. To cut a long story short, uncanny valley is when objects imperfectly resemble real human beings and provoke an uncomfortable or strange feeling in the onlooker. Even now, some animatronic ‘people’ encourage chills over thrills and in the world of post-millennium cinema, this has been a persistent problem too, especially for ambitious projects wielding groundbreaking (at least at that point) CGI technology.

Famed culprits like box office disaster Final Fantasy: The Spirits Within and Spielberg’s vastly underrated The Adventures of Tintin: The Secret of the Unicorn are often cited, but frankly these two are pretty bad examples. The former was a flawed but still impressive spectacle that dared tread early into such territory (and has aged better than other later examples actually, despite some sketchy faces), while the latter had enough cartoonish edge to feel closer to Hérge’s source than ultra-realism. And the tech has only kept on being upped with films like Rogue One: A Star Wars Story and Alita: Battle Angel making a go of creating and resurrecting life with computers, while other successes like the Terminator franchise’s recent youthful CGI Arnie T-800s, Blade Runner 2049’s CGI Rachael or the wowing de-ageing technology of Captain Marvel have shown things can go right. But my god, can they go wrong…

Enter Cats! Based on Andrew Lloyd Webber’s unusual (we could make a joke here but we’re better than that) stage phenomenon, itself based on T.S. Eliot’s work, Tom Hooper’s upcoming musical has been like catnip to the Internet and done what few other things could in 2019 - united the world... albeit in bewilderment. An all-star cast is facially mapped onto feline humanoid bodies and the results have a meow factor for all the wrong reasons. Disturbing, illogical, hilarious, and apparently sexy (if you are what furries call a ‘yiff’… please don’t ask), some have compared it to a horror trailer. And whether it’s Jason Derulo’s grimace, strange pillow fights, James Corden spitting god only knows what at fellow cast members, Judi Dench’s fur-wearing lady kitty (riddle me this, a cat wearing fur?), Taylor Swift’s glittery catnip, or a furry Rebel Wilson falling over (CGI doesn’t change all things, it would seem), Cats is already being primed as a must-see cat-astrophe. Hardly the cat’s whiskers then, but is this really the pinnacle of uncanny valley? We’ll see, but in the meantime, let’s purrrruse some of the other uncanny valley cases that got people’s backs up. So, stroll with us, as we look at a few flicks that tried and failed to ‘face’ the music and entrance…

Before Dwayne ‘The Rock’ Johnson claimed Hollywood and made jabronis out of fellow box office competition, it all started with a bit part in the fun, if highly silly, The Mummy Returns, where the great one played the Scorpion King. That was fine; what was less fine was the grand finale where an accursed half-man/half-arachnid Scorpion King rose to battle villain Imhotep and hero Rick. What probably looked great on paper has aged about as well as milk on a sun-bleached patio. Even at the time, it stung audiences with a wonky CGI Dwayne Johnson face that had all the expressiveness of a coat hanger and all the realism of a political promise. Luckily for Dwayne, the character got his own prequel solo movie. 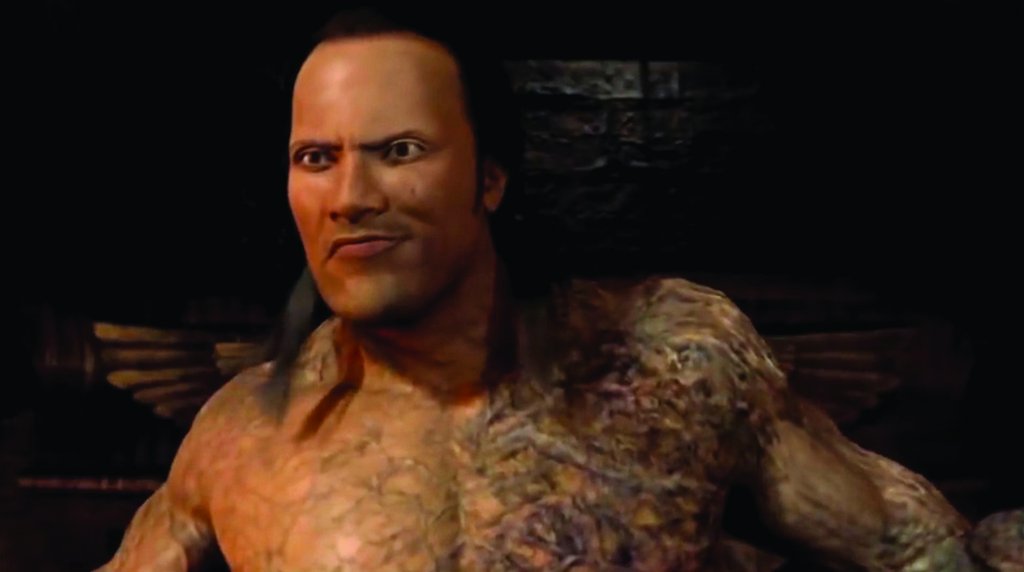 ...or not. This is the lesser of two blanket-wrapped evils. Babies have always struggled to translate to CG and while The Twilight Saga’s Renesmee is not the worst of all time, it is still a bothersome emotionless slab of effects. Although, the practical route in this case was not the way to go either. In fact, if you fancy a laugh, Google ‘Chuckesmee’ and see what the animatronic baby in the film - which freaked the cast out so much they had to ditch it - originally looked like. Chucky ain’t got nothing on that! Those eyes... those eyes!!!

Francis Lawrence’s adaptation of Richard Matheson’s novel was an alright post-apocalyptic tale aided by Will Smith’s game performance. Sadly, things went downhill with the reveal of the shadow-dwelling ‘infected’. Initially intended to be portrayed by actors in prosthetics, early into filming troubles arose and they opted for the CG approach. The results were disappointingly bland; inhuman-looking stretch-jawed creatures that served only to distract further from a story that was experiencing difficulties in its latter stages already. To make matters worse, images later surfaced online showing the frightening and far superior original practical designs. Sometimes a computer is no match for a talented set of hands…

Black Panther was an entry in the MCU that broke ground for race representation in the genre and is one of the most acclaimed superhero movies ever. But as good as the film is, the final showdown between Killmonger and T’Challa is vastly inferior to the mid-film clash for the throne in every way. CG-heavy and fast paced, what should be a grand finale is rendered to PlayStation cutscene level that jars hugely with many of the other effects in the movie and fails to resemble anything close to human. People virtually ignored this in favour of attacking the climax of Wonder Woman, but that was far more convincing than this confounding visual misstep in an otherwise excellent film.

The jury is still out on many of director Robert Zemeckis’ forays into motion capture CG, which have dominated the last two decades of his career, especially his more festive mo-cap-a-thons. His Polar Express hasn’t matured well, with some of the child characters looking particularly vacant and rather fearsomely forcibly happy but, like the director’s equally debated take on Dickens’ A Christmas Carol, this film remains cherished by some as a Christmas classic and is still popular around the most wonderful time of the year. Likewise, his visually high-reaching fantasy Beowulf divides. Struggling to measure up to creations like The Lord of the Rings’ Gollum, people were arguably more impressed by the creatures than the humans in the enjoyable but again dated adaptation as the dead eye effect was one monster that could not be slayed. 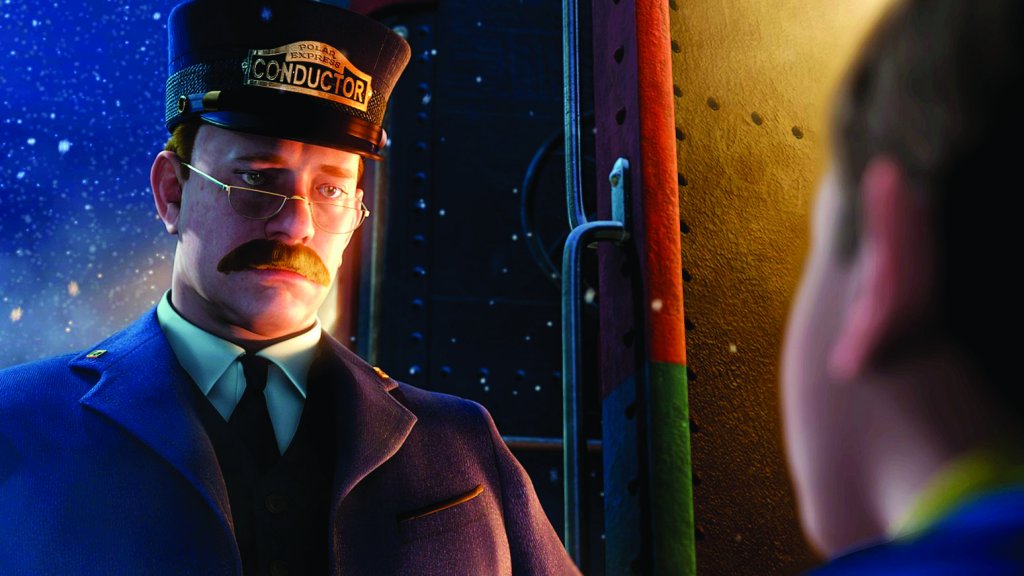 Credit where its due, Tron: Legacy is an impressively scaled visual showcase, with Daft Punk’s riveting score and the still awesome neon-lit cinematography. Unfortunately, the film couldn’t quite get its age-altering software for its villain Clu (a ‘youthful’ Jeff Bridges) to that same level. This distracting effect really intensifies in scenes further into the film and the Clu becomes more like a video game character. If you want to see a better example of de-ageing a beloved actor, check out Kurt Russell’s practical-heavy transformation in the opening of Guardians of the Galaxy Vol. 2. The tech has rapidly evolved in a short time and Legacy’s uncanny valley setback is probably down to getting overshadowed by such breakthroughs not long after. The script, however... 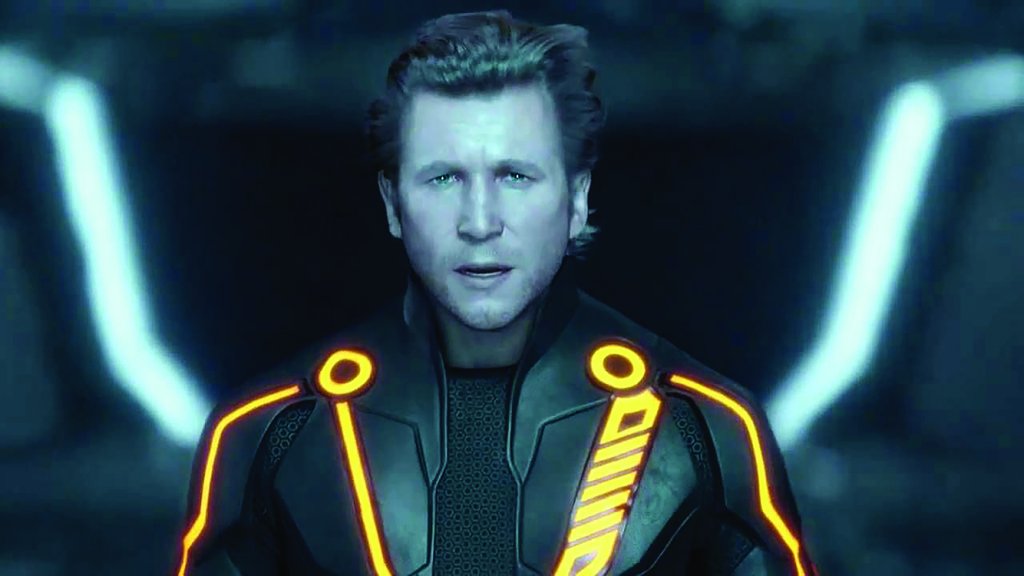 Pixar’s academy award-winning animated short was pioneering and the first toe-dip into fully realised human CGI characters in animated films. Its story of Tinny, a small scared toy, trying to stay out of the way of destructive baby Billy was a simple but brilliant sign of a studio powerhouse and their future standing in the field. In spite of the praise though, poor little Billy drew criticism for his nightmarish appearance. From the contorted features to the character’s beaked gob, some cite this as the birth of the uncanny valley concept’s application to movies and Pixar was apparently startled at how some audiences reacted to him. Though they clearly saw the funny side, as they have toyed (ahem) with the scary chaotic toddler/creepy child in numerous features since. Come to think of it, we’d love to see a sequel where Billy is shattered by this scorn and, in Joker style, goes on to become Saw’s Billy the Puppet. Let the games begin! 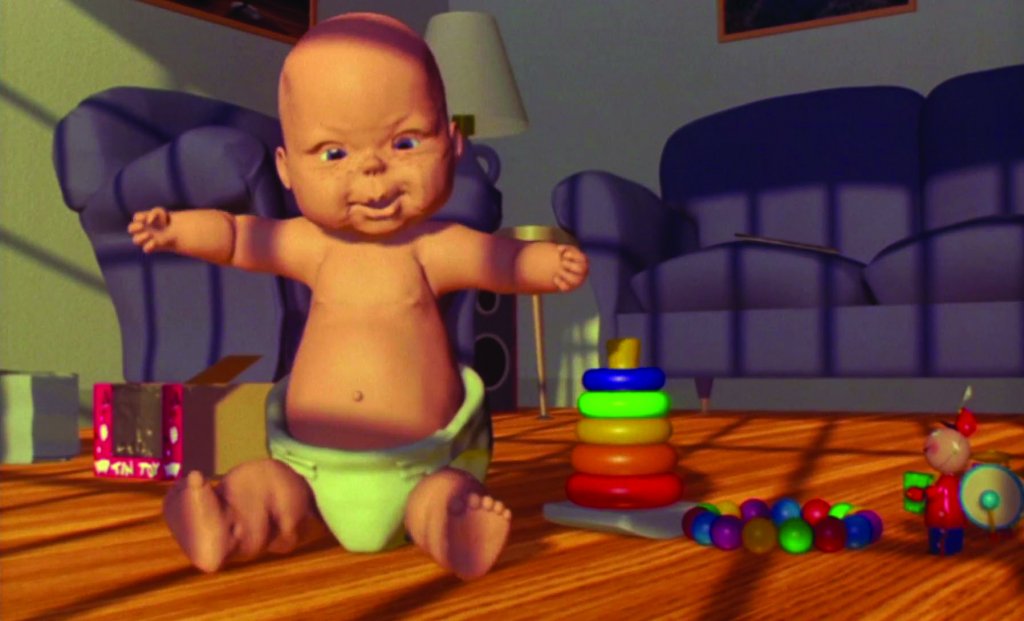 Despite a sweet message of appreciating mums and not taking for granted all that they do, the notorious box office bomb Mars Needs Moms has to be included in any uncanny valley conversation. Not only did Simon Wells’ film (backed by one Robert Zemeckis) fail on a staggeringly huge financial level (it lost the most money ever for a Disney-branded picture) but the mo-cap effects resulted in a visual mixed bag, with some colourful highs making strange bedfellows with garish alien designs and Seth Green-faced child lead Milo (bit odd). Production company ImageMovers never really recovered from this one. 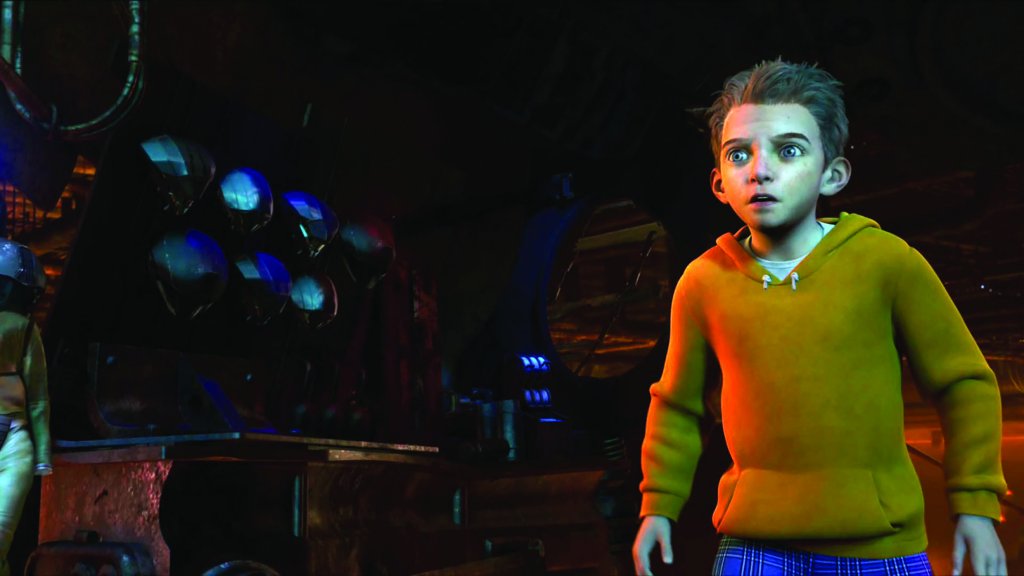 Ang Lee’s polarising Hulk has its plus points, but the less than jolly green giant occasionally looks quite gormless onscreen and the then-fine special effects have grown increasingly unimpressive in the last decade and a half, especially in light of the MCU’s sterling incarnation of the smash-happy hero. Hulk sad. 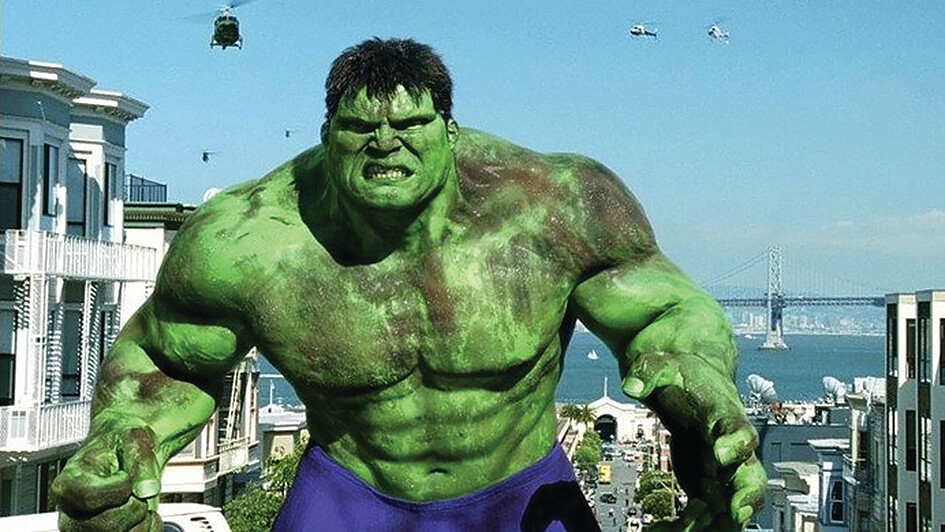 Congratulations, Mr. Schwarzenegger... it’s a nightmare! We hear some viewers are still receiving counselling over the baby with a CGI Arnie face in Ivan Reitman’s otherwise enjoyably silly male pregnancy comedy (ah… the ‘90s, what a time to be alive). Admittedly, it was the point to create a dream sequence freak-out but this imagery would give David Lynch the willies. 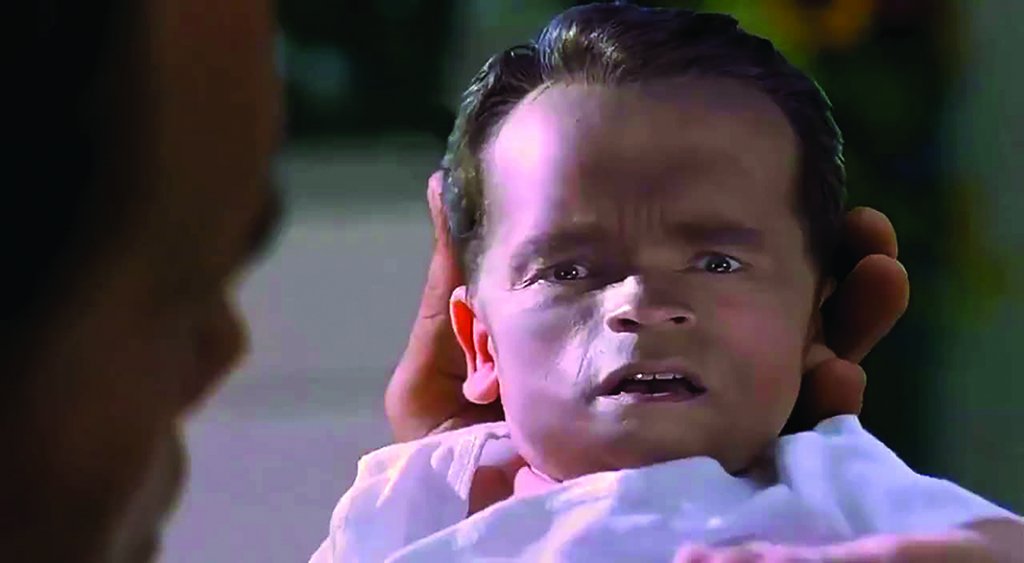 To bring the world of DC’s Green Lantern to life, you arguably need a lot of special effects. Capturing its alien scale and the extent of the powers requires them but seriously, why not design an actual suit? Green Lantern was plagued by production trouble and ballooning budgets and the finished product ‘enjoys’ a reputation as one of the worst modern superhero films. Ryan Reynolds’ outing as Hal Jordan was rendered so poorly that his CGI suit and mask (rightly mocked in Deadpool) just makes him look goofy beyond belief. From the eye colour to the iffy facial intricacies, he looks plastic and no matter how much else is thrown at you, you feel as if you are watching a screensaver. 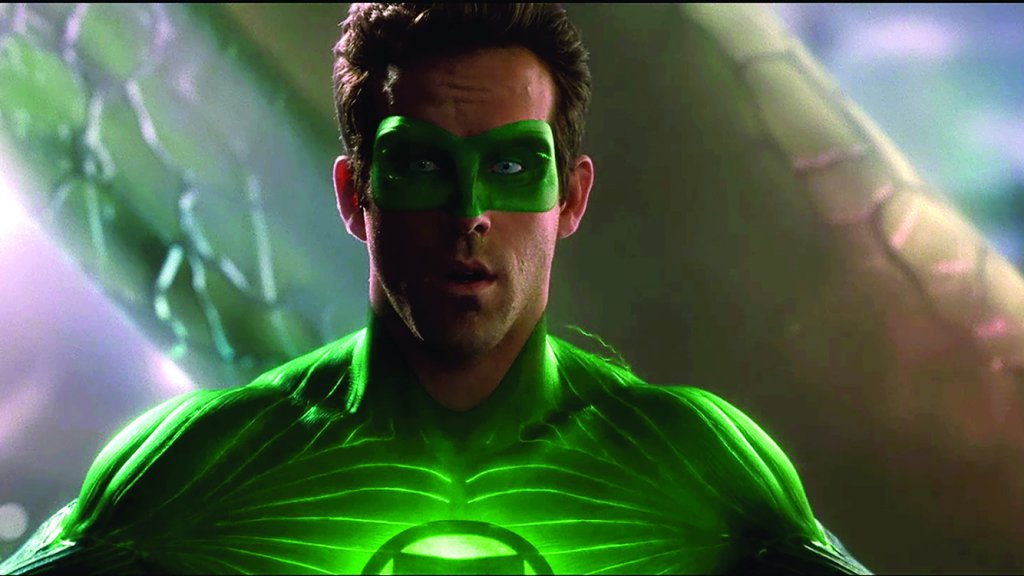 Perhaps it’s down to people wishing to forget the film existed but how Son of the Mask gets away with its CG sins is miraculous. Managing to fall well below the first film visually and featuring Alvey, one of the worst CGI babies in movies, it’s a mess. Whether dancing about the house, peering awkwardly at you or fighting the dog, Alvey is way more disturbing than fun. 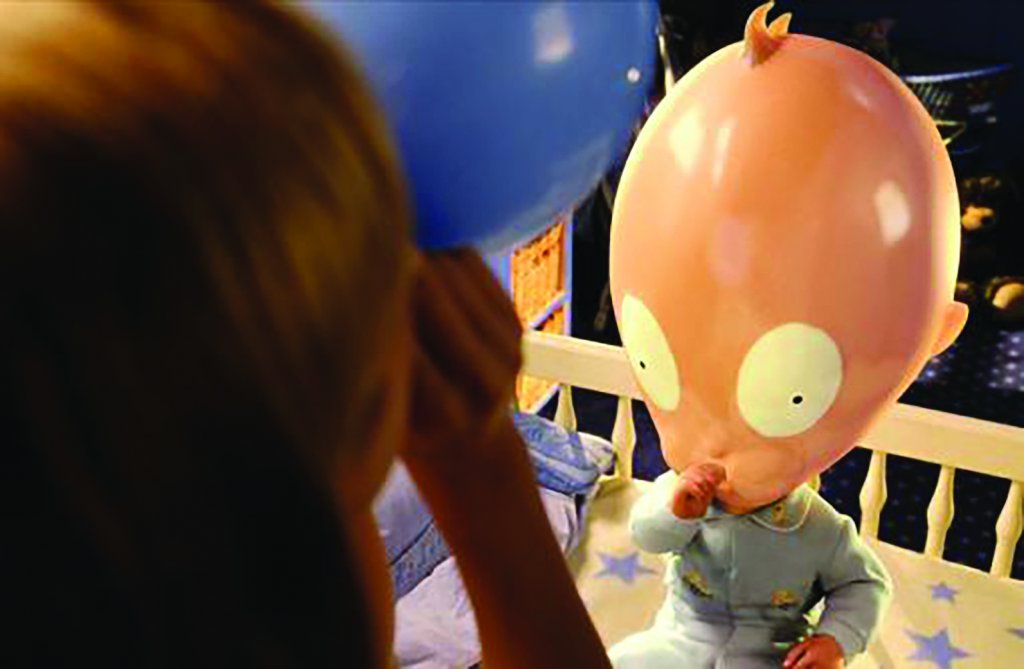 Despite having the manic energy of a resurgent Jim Carrey as its baddie, Sonic the Hedgehog has hit rough waters before even running into cinemas. They could’ve easily stuck to his simple but cool look in the games, but bafflingly that was rejected in favour of toothy grins and human-like features, with early posters gazing at his athlete-like muscular hairy legs (shudder). This one caused such a scared stir from onlookers that the film has been pushed back to early next year so animators can fix the design. Maybe the new (and improved?) Sonic will receive a more (gold) ring-ing endorsement. 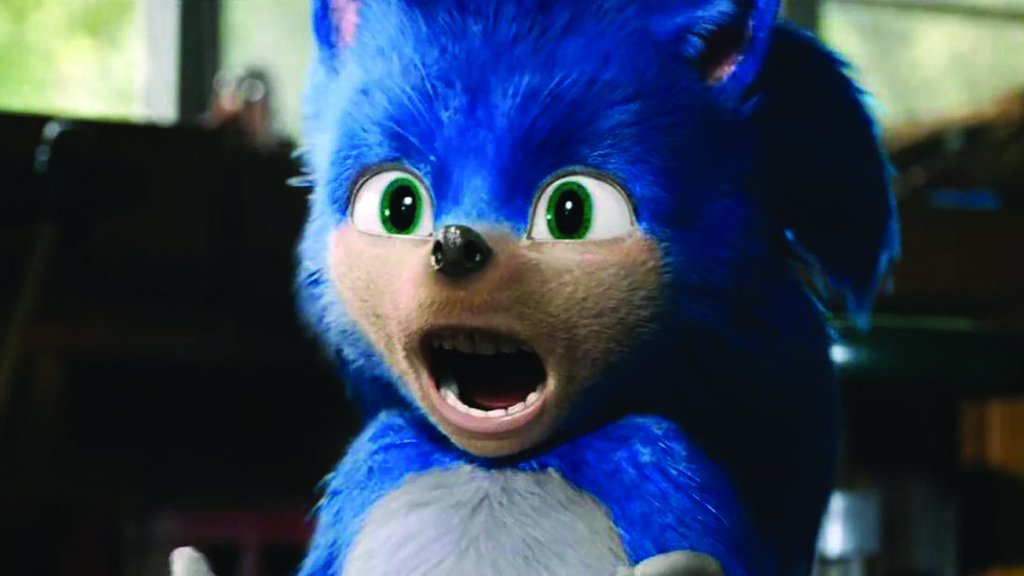 [This article was originally published in issue 467, December 2019.]