Jumanji meets Escape Room in horror-comedy Gatlopp: Hell of a Game. One night, four friends reunite for a nostalgic evening of fun and games after a decade apart, in the hopes of forgetting the pressures of adult life. With mischief, booze, and mayhem on the cards, are they playing the game or is the game playing them? With their lives on the line, the group must face their inner demons and come together by the time the sun rises or be forced to play the game for eternity – in hell. Gatlopp is written by Jim Mahoney and is directed by Alberto Belli; Mahoney also stars alongside Emmy Raver-Lampman (The Umbrella Academy), Jon Bass, Sarunas J. Jackson and Shelley Hennig. We caught up with Emmy to find out more about the film…

STARBURST: How did you get involved in this project, and what most attracted you to this story?

Emmy Raver-Lampman: I got involved towards the end of the summer of the year we all forget – 2020, which is when Jim Mahoney and Alberto, the director, reached out to me to gauge my interest in playing Sam. I had an awesome meeting with Alberto and we talked about his work, and what his vision for the movie was, and he was so excited. I thought the script was wildly creative, and funny, and I just loved the dynamic between these four friends. So, I jumped on! And I knew that they were shooting in LA and since it was in the middle of COVID, I didn’t really want to travel, so was happy to be able to work from my home city.

It was really wonderful to meet them and connect, and to hear their vision and their journey with the project. And then I said yes! And within a couple of days, I was on a Zoom doing chemistry reads with Troy, which is when I got to meet Sarunas. Then maybe a couple of days later, Jon Bass was attached. It was very quickly shaping out to be an awesome group, so when we all met in person on the first day, we just completely hit it off.

That must have been a relief! What was it that excited you about the role of Sam?

First of all, I think she's really strong and independent, and really career-driven… and she's a woman of colour in a position of power, which we need more of. So, I was really excited to portray a woman in that position; and I also think that she's sassy, and she's quick, and she loves to poke fun of these three men that she knows so well.

I see a little bit of her in myself in that way: you know that I love you if I make fun of you. I’ll troll you a little bit – it’s part of my charm [laughs]. And so, I think I was really interested in finding the dynamic between these characters… I think that's a huge part of anything that draws me to a lot of the characters that I get – it’s about the opportunity to portray those relationships to the other people involved in the project. The character of Sam is so meaty – the relationship she has to her work; her bizarre relationship wit Troy that’s hard to decipher; and then there’s the heavy amount of guilt that she’s carrying about the loss of her mother. I just think that it was really brilliantly written, and I was really excited to delve into it all. 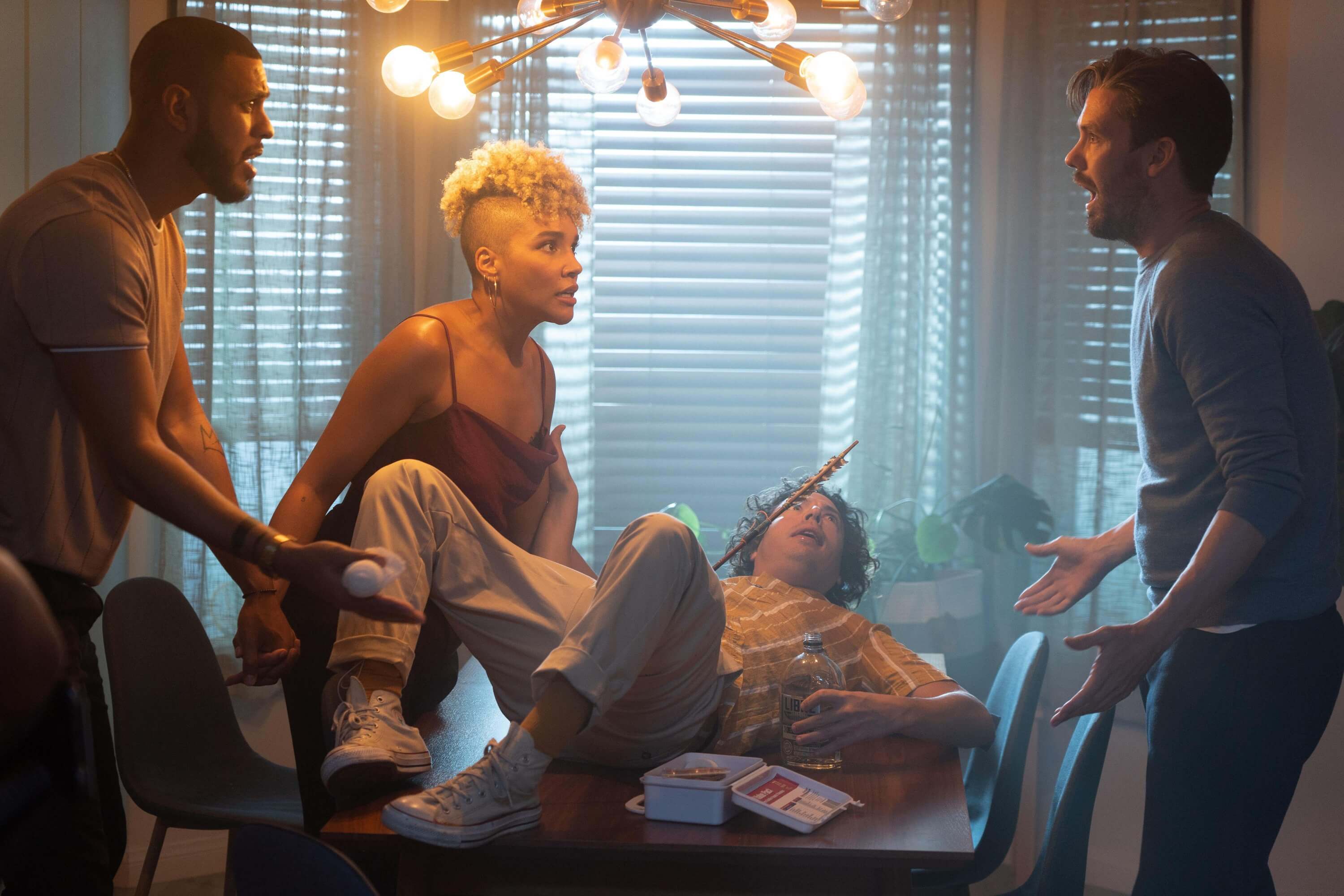 This boardgame movie subgenre that Gatlopp belongs to seems to be having quite the resurgence in recent years, with films like Game Night, Escape Room, Battleship, the Jumanji remake all finding big audiences. Do you have any theories as to why that might be?

I think Jumanji is such a cult classic. It was like a zeitgeist, this huge movie in my childhood. I remember going from being really young when it terrified me, to then being obsessed with it. I think it's this idea that you get lost in a boardgame… I'm a big boardgame player, I grew up playing boardgames with my family a ton. And during COVID, I had a weekly Catan online night with two of my really good girlfriends; so now, I'm obsessed with Catan. And all I want to do is have people over, order tacos, and play Catan. But I think that's why people love games like Dungeons & Dragons, it's this idea of getting lost in a world that is not your own, in which there are endless possibilities. And it’s also about this feeling of nostalgia for a lot of people.

And then with this movie, you have that Jumanji aspect where the board is alive, and you have an Escape Room aspect where you’re inside the game. Then you add alcohol, what’s not to like?

COVID and lockdowns have definitely reignited many people’s love of boardgames.

That and puzzles. I’ve always loved puzzles, but I was doing a 2000-piece puzzle per week during the pandemic. I would just turn on a TV show and sit at my dining room table doing puzzles until like, 3 in the morning. And like, I go to bed at 9. I hadn’t gone to bed at 3 since I was in college, and here I am doing puzzles!

I would also say that with boardgames, playing Catan every Monday night with my two friends was the thing I looked forward to every week. It pushes you to communicate. We spend so much time in our devices and in our phones, and even though we were all thousands of miles away, it was a way to connect. And even when we transitioned back to seeing people, I was inviting people over and we would still sit around the table playing Catan. So really, I’m just glad boardgames are back!

I hope your games of Catan were a little tamer than Gatlopp!

I mean, I don't know! People get really spiteful when they’re playing Catan! But what’s Catan without a little bit of spice? But it’s definitely not as intense as someone getting shot in the leg with an arrow.

Having filmed this under strange circumstances, do you recall a favourite memory on set, or a scene that you were really excited to tackle?

There’s so many. I really loved the dance scene. Learning the dance was a bit stressful – I mean, it’s an indie film, so there’s never enough time. We were learning the dance with the choreographer the night before, then rehearsing it up to the second we were filming. I luckily have a performance and dance background, but Sarunas, Jon and Jim do not, and they were absolute troopers. We learned the dance in two hours, which was high-stress, but I was so impressed with them and so pleased with that whole Jazzercise sequence.

I had really bad heartburn and indigestion the entire time we were shooting this movie, and it was because I was laughing so hard. Just constantly in a state of acid reflux, because I would to set from 7 in the morning until 10 at night, and we spent the whole time laughing at each other, at the movie, at the choices that were being made, and just at the general ridiculousness of what we were doing on any given day. I had a bottle of Tums in my bag just because my heartburn was so bad! I just couldn’t stop laughing.

One scene in particular is after Jon’s character Cliff gets shot and he’s lying on a table, and there was a wild snafu with the blood mechanism that was attached to his leg; and then Jim’s character Paul gets banished to hell, and the whole thing was so chaotic. I think there are several moments where, if you watch closely, you can see the corners of my lips quivering. It took everything in me not to laugh; Jon was laying on the table, completely covered in blood for four hours, and he was miserable. And we were all standing over him laughing!

Man, I laughed. We shot the movie in twelve days, and those came towards the end of an intense, really heartbreaking, confusing, complicated year, and it was really nice to have this.

It’s interesting that Gatlopp is this supernatural fantasy with slight horror elements, that’s really funny with lots of heart – which is exactly what The Umbrella Academy is, a lot of the time. What is it in these roles that draws you in, and what do you look for when selecting projects?

I think the genre aspect of it all surprises me. I’m still wrapping my brain around the genre itself, and I think I’m just really attracted to complex, interesting characters that keep me guessing and surprise me, that are well-rounded and that feel genuine in their emotions and in what journey they’re on. Generally, I’m drawn to the character first, and I’ll look to see if I can find a way into the character. Then, I also really enjoy working in the fantastical space, whether it’s horror, supernatural, or sci-fi. I’m really enjoying using my imagination with these projects. And you really have to trust the creatives, and trust the process.

At times you’re standing there and it’s like, “What are we making? Are people going to find this funny?”. You learn to trust the people helming the thing. And it was the same with Umbrella Academy. During that first season, we were really questioning, “Are people going to watch this? There’s a talking monkey, and these siblings have the weirdest powers, and there’s so much going on!”

And even taking it back to Hamilton, I almost didn’t audition for it because on paper, it sounded like the worst musical of all time! Like, a musical about the Treasurer of State, that’s rapped all the way through? No one’s going to see that. You just have to trust the people whose vision it is, and give as much of yourself as you can, then just hope for the best. That’s art. I think in a weird way, we’re all gamblers. We put our energy, our time, our bodies and our spirits into these things, and it’s just a matter of crossing your fingers and hoping for the best. For me, it’s always about being able to walk away feeling like I did the best I could do. Everything else is a bonus.

And it’s just a bonus that these have turned out to be massive hits! As a last question, if you were to have a night in drinking with your closest friends, – aside from Catan – what boardgame would you bring out?

Clue. It was a toss-up between Clue and Scrabble, but I’m a true crime junkie so I love a good murder-mystery. 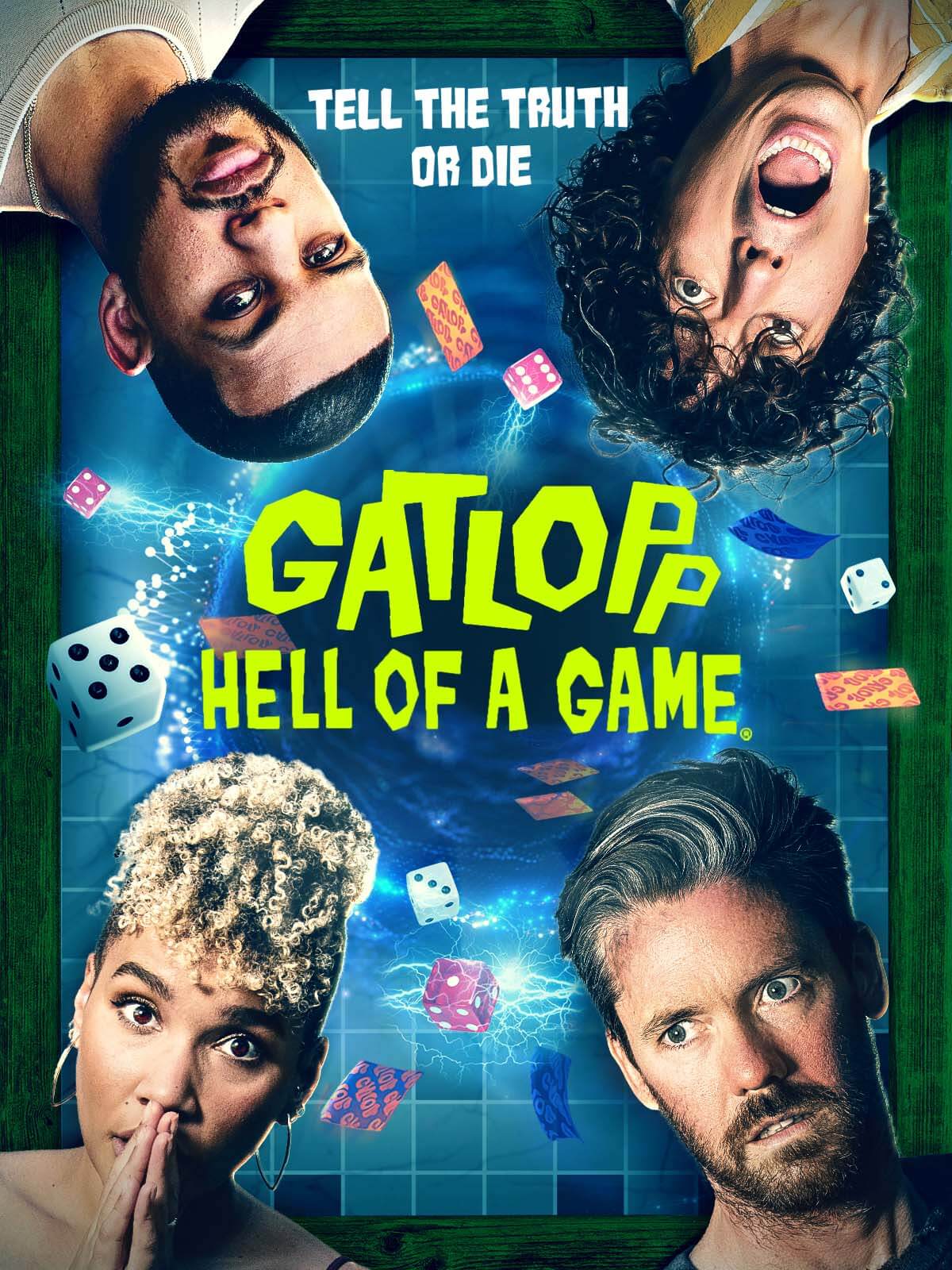