Ahead of the Black Sunday Film Festival screening of Alone With You, we caught up with writer/directors Emily Bennett (who also stars) and Justin Brooks to find out more about the tense, psychological horror movie…

STARBURST: What was the inspiration for the story?

Emily Bennett: The inspiration really came from a short film Justin wrote a while back called A Closed Door.

Justin Brooks: Yeah, while the initial premise came from the short, the story really unfolded with the creation of our main character Charlie. Something created entirely by Emily and me together. The short had an entirely different main character.

How would you describe the film to someone going in cold?

EB: The film is a twisted love story. It’s about a romantic evening turning into a nightmare. And it’s about the horrors we can experience when we give ourselves completely to another person, the horrors of losing our identities and our grip with reality.

What’s the dynamic with your directing/writing partnership?

EB: It’s pretty effortless once we get cooking. We usually wrestle with a concept for a while before committing to actually writing. But the writing process usually goes pretty quickly. I’ll start writing around 5am every morning - yes, I know, I’m insane! - and Justin will pick up around midday and continue. We’re able to generate lots of material this way. Then we’ll discuss the pages, the characters, and the dialogue. Sometimes we’ll block out scenes together, just to see if they make sense. We shotlist and storyboard together. And then on set, we’ll sometimes have different opinions of how a shot should look. But it’s rarely an argument. It’s more of a logic puzzle - What is the best way to tell the story? Story is king. And as long as we’re serving the story, we know we’re on the right track. And, of course, with my background as an actor and Justin’s background as a cinematographer, we each have our specialities that we bring to the working relationship. It’s a pretty great dynamic.

JB: The question ‘why’ comes up a lot. Emily and I always keep ourselves in check and don't ever allow ourselves to make choices that don't directly support the story. It's easy to do something because ‘it's cool’ but in a film like this, that could get confusing and misdirect. Our characters need to feel real and driven by purpose. So the question ‘why?’ is pretty important. We find new ways to work together every day and it's important for us to always work toward a common language. Emily has spent a lot of time working through gear and cameras to better understand the technical language of shooting and I have spent just as much time researching the language of acting. We’re able to lean on one another for our specialities, but we always want to have a common language and understanding. 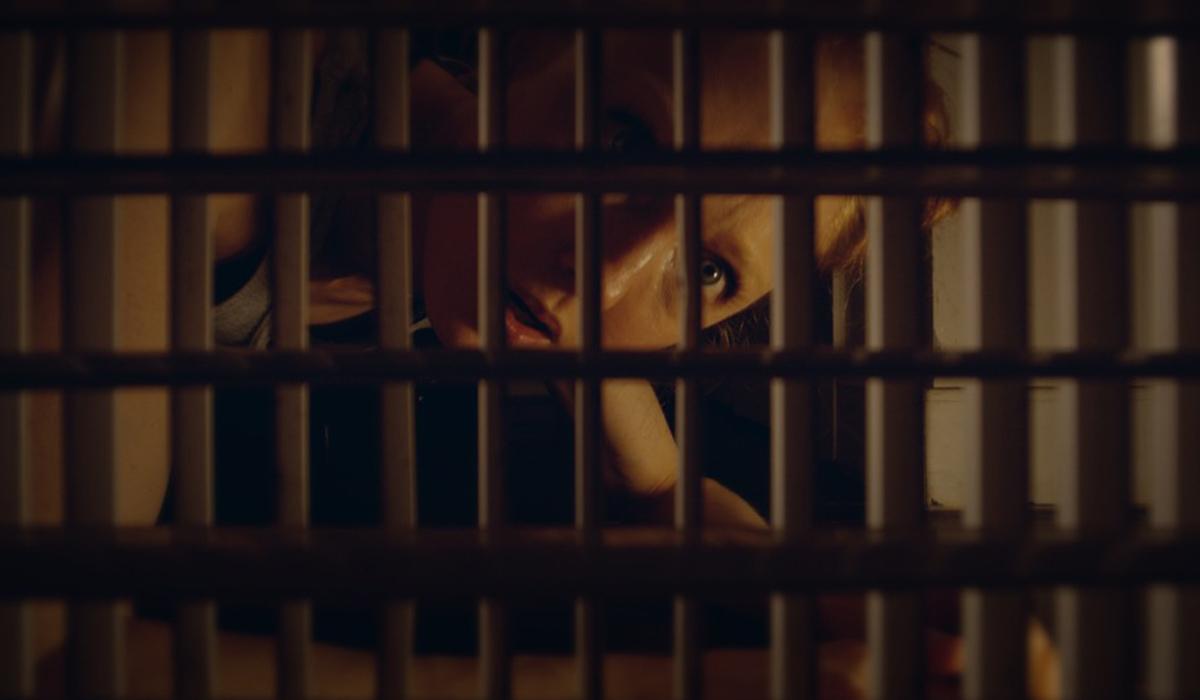 Emily, what was the hardest part of acting in the film as it seems very intense?

EB: The hardest parts for me were the phone and video conversations because I had no scene partners in them. I acted only with a green screen and the memory of our actors’ performances in my head. Trusting myself to create my side of those scenes in a grounded and realistic way was quite difficult, but Justin helped me gauge each take and we found the scenes in the edit. It seemed like magic when everything cut together.

Justin, are you not tempted to come out from behind the camera and act?

JB: Not a chance. I love actors. I love the way their mind works around character and motivation. I love to dance with an actor behind my camera and I'm an extremely empathetic director. But some art, I just like to appreciate. I'll never stop trying to educate myself in the acting process because I think it's important for the director to speak every language on set, but I'm quite comfortable behind the camera.

EB: A delight. She’s a legend for good reason. But I wasn’t prepared for just how kind she is. You think someone with the kind of career and pedigree of Barbara Crampton might seem a little removed. But she was so generous with her time, rehearsing with us, setting up the camera we sent her, doing her own hair and makeup… It was an absolute pleasure to work with her and I’d do it again in a heartbeat.

JB: I've sadly been in the situation where a ‘known’ actor shows up on set, goes through the motions, and gets out of there as quickly as possible. This couldn't be further from the truth with Barbara. She really does give a great deal of thought and care to the parts she takes. And the film is better for it. It was wonderful to hear her thoughts on the script and the character. Through those conversations, she was able to really make it hers. She really made the character three dimensional. Barbara's kindness and care toward the project were unbelievable and I can't wait to work with her again.

We’ve seen a lot of films making use of Skype-type technology to include more cast members during the pandemic, yet you’ve made it seem natural as opposed to out of necessity - was there anything that you were restricted from doing that you’d like to have done?

EB: It would have been great to have the walls of the apartment fall down and crumble around Charlie in the end so that she’s immediately on the beach. And I would have loved to have an AC for Justin so that we could have attempted some grander camera moves. But that’s just me being greedy. Honestly, this film was made exactly the way it needed to be made, and I love it. Our next film will have a different set of rules and we can’t wait to tell that story in a completely different way.

JB: Sometimes it's a blessing when the shark doesn't work. Restrictions make us more creative and push us out of our comfort zones. I feel like the film largely feels tight and claustrophobic because that's how it was made. You feel every bit of our anxiety on that screen. I guess I wouldn't have minded an extra crew member or two.

There are a few well-timed jump scares in the film, but was it seems important for you to lean more to the psychological rather than simple shocks, is that the case?

EB:  Absolutely. Our keyword in developing this story/film was ‘dread’. We wanted this film to instil a sense of creeping dread that ultimately builds into anxiety and panic. Jump scares are fun, don’t get me wrong, but audiences don’t really remember jump scares. They remember how the film made them feel. And we want the audience to walk away from this film feeling pretty shaken.

JB: Emily said it. Jump scares are fun. But to me, they're seldom scary. The films that really stick with me are the ones that had me clutching my chest for an hour and a half. The ones that don't let you breathe until the film is over. We always want our films to carry a sense of dread throughout. If we can make you jump out of your seat once or twice while still doing that, all the better.

The film has had a good run at film festivals, and plays at the Black Sunday festival in London this month, is there anything you would like to say to the British fans before they watch the film?

EB: I wish I could be there! I lived in London for over three years and it’s one of my favourite cities in the world. My dear friend Jess Regan - a fellow RADA grad and a brilliant actor in her own right - is attending in my stead. Playing Black Sunday is a huge honour and I can’t wait to attend in person once the world opens up a bit more. To the audiences attending the screening of Alone With You, I want to say: thank you for your time and consideration. I hope you enjoy the nightmare.

JB: Emily and I truly wish we could be there. We both have such a love for London and it means the absolute world to us to be included. There are so many amazing horror films at the festival and we're proud to be counted among them.

What are you working on next?

EB: Justin and I have another feature film ready to go called Kept. It’s a small cast, a modern Gothic story that will be shot in upstate NY. I won’t star in this one, though I may make a cameo. We have the same amazing producers attached and we can’t wait to bring this film to life. I also have a few solo projects setting up right now. All horror and psychological thrillers. American financing is always a tricky game since we don’t get government funding, but I hope to share some definitive news on one or a few projects very soon.

JB: Emily and I also both have short films being released on the ALTER platform this spring. Both were shot as preparation for Alone With You and are a fun example of what we make when not directing together. Emily's film is called Bed and mine is Pains.

Alone With You screens at the Black Sunday Film Festival, which takes place in London on January 29th and 30th. The last few tickets are available here.