Dominic Monaghan is one of England’s most versatile and best loved actors. With roles in The Lord of Rings Trilogy and Lost he has established himself as one of the leading actors of his generation. Dominic took some time to talk with STARBURST about recent project Pet in which he stars with Ksenia Solo.

STARBURST: The film we’re talking about, Pet, has been around for a little while now. Is it interesting to be talking about it again?

Dominic Monaghan: That’s kind of how it is in my business, but thankfully this is a project I liked being involved in. There have been films and television shows over the years I’ve been less inclined to talk about. Pet is a project I really like and am really happy with how it turned out. It makes it much easier.

We understand you were involved quite a long time before production began?

I was attached to Pet in between Seasons One and Two of Lost but because of the writer’s strike and certain actresses we liked either getting pregnant or cold feet, it kept getting pushed. We needed an actress who could bring the necessary intensity to the role, so we waited and waited. Thankfully, we waited enough time for Ksenia to be involved.

Your character Seth is quite complex; introverted and a loner. When you approached the role what did you hope the audience would get from him?

I’ve probably spent a little more time alone than normal trying to explore that character. What I’m always trying to do with any character I play is have them move from the page to the screen. You have to make them as believable and real as possible. I’m always trying to think if this is a character someone could meet in the street or in a bar and for them to be real. With Seth, even though he is antisocial, and he does have his own behavioural issues, I’m trying to make him seem like someone you could meet and have a conversation with. And because the script is so well-written a lot of the hard work is done for you. 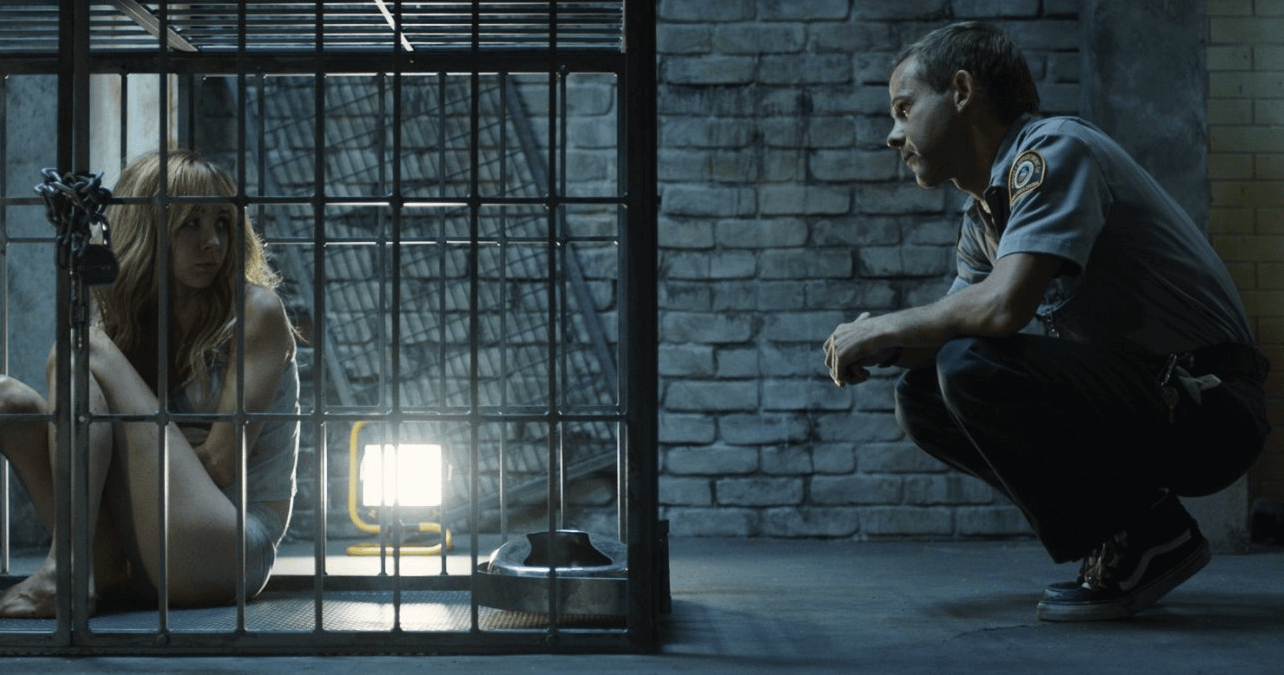 And then with what happens, he doesn’t think he’s doing anything wrong.

I think there are a lot of people who live their life justifying their actions whether it’s online or in real life, where they behave in various ways most elements of society would disapprove of. They feel justified by whatever injustices they’ve been through. We all have our own freaky things we shield from most people.

Did you work on the dynamic between Seth and Ksenia’s character Holly?

It’s not difficult for you to become beguiled Ksenia. She’s hugely charismatic, a very talented and beautiful woman. We allowed my natural inclination to be interested in her to keep going. She kept me at a nice arm’s length distance, both on and off camera which worked for the film. It’s a very well-written piece and once Ksenia got into her Holly outfit it’s easy to think she could be her.

There’s no real message in the film, and little guidance given to the audience as to how they should feel about the characters and what happens. Was that a conscious decision?

I think so. It was key to try and paint a bleak depiction of humanity, where everyone is struggling with their own demons. Perhaps initially the audience will feel sorry for Seth but then you realise he’s making decisions that could be morally wrong. Then you could feel sympathy for Holly but then that changes. We’re not one dimensional as human beings.

Your career has been varied in the roles you’ve had. Is there something that guides your decisions as you haven’t been pigeon-holed into one style or character?

I am passionate about not being so. It would have been easy to have taken several Hobbit-y type roles as I was constantly being offered them. Leprechauns, pixies, elves and all that stuff. Then when I played Charlie in Lost, I was offered lots of rock stars and drug addicts. That’s what motivates me; to consistently do what the audience doesn’t expect. Outside of that it’s the roles. I’m lucky enough to read 75-100 scripts a year and maybe passionately like six or eight, and out of those films maybe 3 or 4 are interested in me. It’s a very small pool.

Having been involved in Lost which was ground-breaking television, and as we’re now in what’s called a Golden Age, are you keen to explore the longer form more or do you prefer the film process?

Both mediums have great qualities. The great thing about film is that in 6 to 8 weeks you can be done, finished with a rounded character and move on. With television, you spend more time with the character which is more like life. You can watch the character evolve. I try not to let money dictate what I do now. Ultimately it all starts with the script.