The Summer of 2002. West Virginia, USA. Desmond Harrington, Eliza Dushku and four very pretty young friends take a wrong turn. Stranded in the woods, the kids are attacked by a clan of hideously deformed cannibal Hillbillies, and are horribly slaughtered, one by one. From such inaspicious beginnings a mighty horror franchise was born, and with it, one writer's love affair with all things Wrong Turn.

However one feels about the franchise at large, Rob Schmidt's Wrong Turn (2003) is a genuinely solid backwoods slasher movie; Deliverance for teens. Desmond Harrington (Dexter) and Eliza Dushku are an engaging pair of leads, the former showing promise, and the latter delivering a strong and spirited performance as final girl Jessie. The story is fast-paced fun, the kills gory and inventive. The late great Stan Winston's make-up effects for his deformed Hillbllies look tremendous. Coming at the end of an era in which much of horror was silly and ironic (the post-Scream effect), Wrong Turn was a refreshing throwback. With an explosive finale and plenty of action, it's a gem in the overpopulated but rich backwoods slasher subgenre – by no coincidence, my favourite horror subgenre. 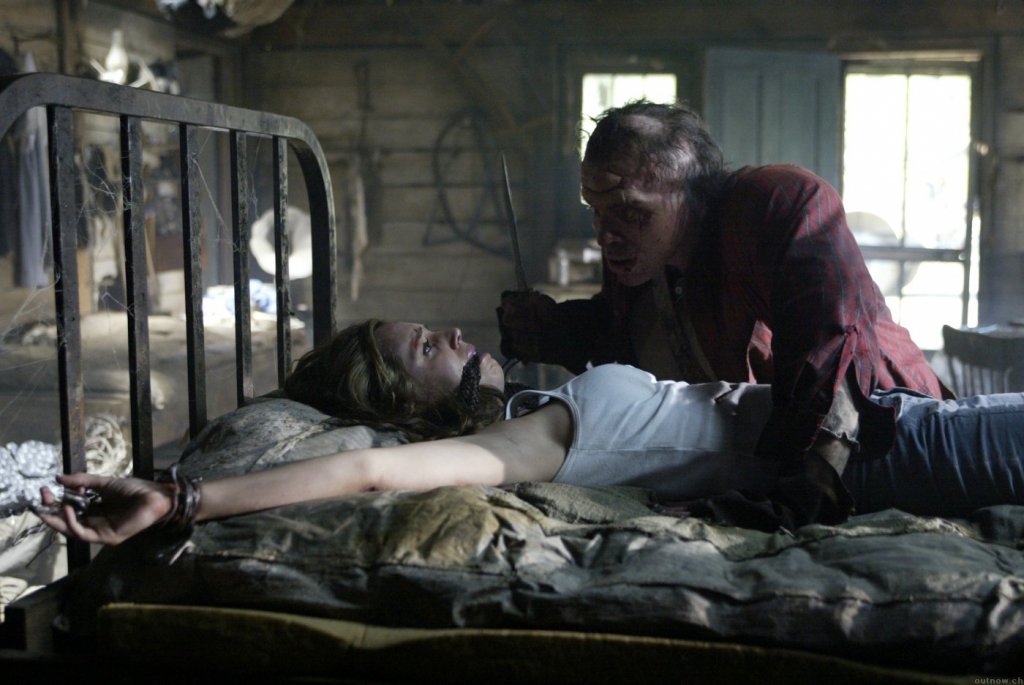 The immediate sequel is a different beast. It opens with American Idol finalist Kimberly Caldwell (no idea then, even less now) speeding a swanky sports car down a lonely West Virginian road. There she is intercepted by the cannibalistic locals and sliced in two, like a sausage. Joe Lynch's sequel did not inherit its predecessor’s sense of grit and seriousness, then. Filming a reality TV show in the woods, contestants and film crew alike are beset by the angry cannibals. What its Leatherface wannabes don't anticipate, however, is Henry Rollins being there to put a stop to their nonsense. Rollins may not be the most accomplished actor, but his Dale Murphy is a presence to be reckoned with. His gory encounter with Three-Finger and the old gas station attendant (Wayne Robson) is a highlight. If one can overlook the horrible acting and rubbish script, there's a lot of fun to be had. Watching Henry Rollins turn the tables on the Hillbillies is a joy; like a low-rent Dennis Hopper inTheTexas Chainsaw Massacre 2. Wrong Turn 2: Dead End should have been just that for the franchise, but there was more to come. But first, its lowest ebb.

I can barely remember ever watching Wrong Turn 3 (2009), it's so forgettable. Tamer Hassan is amongst a gang of prison escapees who find themselves lost in cannibal country. “What you don't see will kill you,” runs the tagline. In this case, what you don't see will vastly improve your life. The film also managed to kill off most of its human-noshing hicks, meaning that the only way the franchise could go from there was backwards. 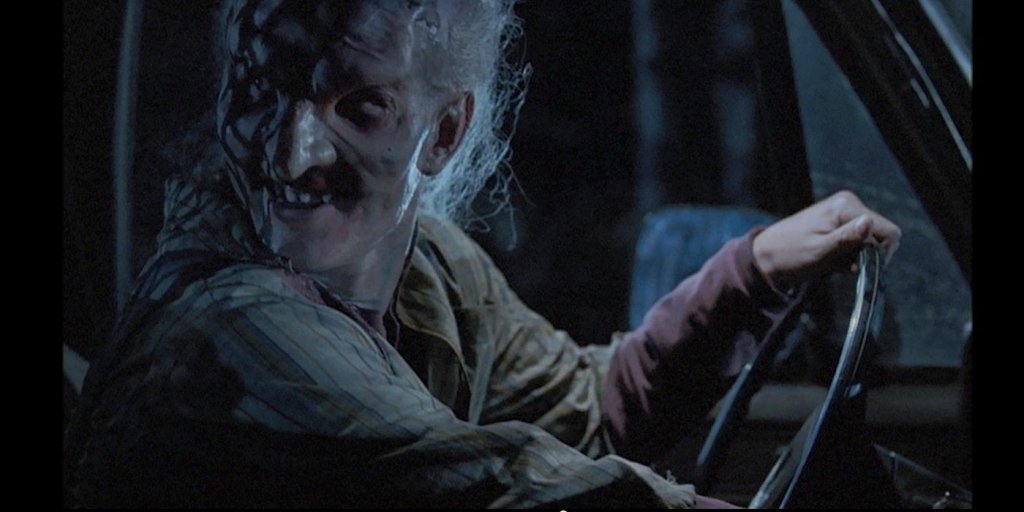 Thankfully,Wrong Turn 4: Bloody Beginnings (2011) was a return to form. That 'form' is only Wrong Turn 2, but there's little chance of you forgetting about Wrong Turn 4 anytime soon. Especially not during that fondue scene. A prequel which tells how the monstrous man-eaters came to be, Bloody Beginnings is set in a dilapidated old mental hospital in the snowy middle of nowhere, and sees the cannibals – yes, you guessed it – picking off a group of youths one by one. It's tasteless, unpleasant and shockingly violent.  If Deliverance, Southern Comfort and The Hills Have Eyes are prime steak, Wrong Turn 2 – 6 are the equivalent of a greasy burger. You know it's bad for you, but it tastes so good. With that in mind, you're probably going to end up with a serious heart attack if you attempt a box set marathon (maybe swap the third instalment for something healthier, like a salad orThe Texas Chain Saw Massacre).

Don't expect a sudden change in tack from the second prequel,Wrong Turn 5: Bloodlines (2012). It's cheaper, crueller and stupider than ever. In it, the cannibal clan are adopted by local psychopath Doug Bradley. When their mentor is arrested, the Hillbillies attack the unsuspecting town and its residents, picking them off – again – one by one. There's nothing to match the fondue scene in terms of inventiveness, but the kill sequence here is remarkably mean-spirited. As the only name actor (we're not counting Roxanne McKee from Hollyoaks) Bradley is fun to watch. It's a waste of his talent, but he does go around poking out eyes and threatening to cut off people's “titties” like the Marquis De Sade reborn. Once more, there's the sense of betraying one's critical faculties as I enjoyed a movie that I knew was cynical, lazy and not all that good. But then there's a cannibal riding a thresher over someone's head, Three Finger feeding a girl her own intestines and the world's most incompetent cop. Even the filmmakers knew that they were taking the piss with this one. “Another Wrong Turn?” one character says to another. Yes, another, and there'd be more to come:

Finally (until 2021) – Wrong Turn 6: Last Resort. It may be the fifth sequel, but Valeri Milev's entry in the series gives off heavy reboot vibes. Concerning a young man and his friends taking off to a luxury guest house in the woods, Danny (Anthony Ilot) discovers  that his long-lost family are a clan of woodland cannibals, led by the charming Sally (Sadie Katz). While Last Resort tried to take the franchise in a fresh new direction, it ultimately didn't go anywhere at all – driving the series into a shallow grave. 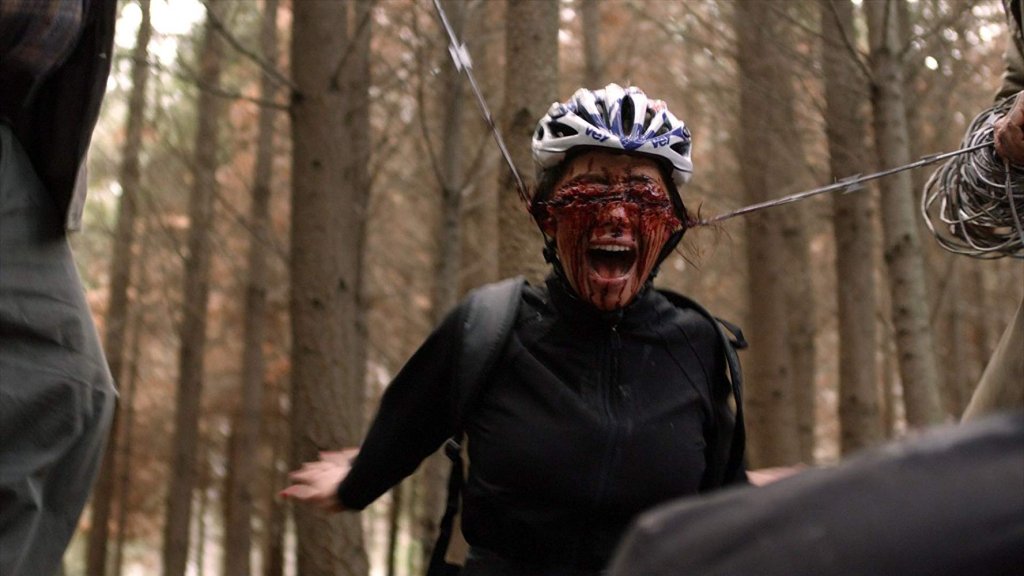 And yet, in spite of the flops and the low points, I love the Wrong Turn series. There's Desmond Harrington, Eliza Dushku, Henry Rollins and Doug Bradley. Wayne Robson is the most perfectly cast gas station attendant in all of horror cinema. There's an American Idol cut in twain. There's Stan Winston's monster designs and an enormous amount of blood and gore. There's an actor whose name is genuinely 'Texas Battle'. And, if, if you like that sort of thing, there's one of the greatest horror movie theme songs ever in The Blackout City Kids' Wrong Turn.“Somebody help me,” the over-the-top tune goes, “I made a mistake. I think I took a wrong turn.”

The franchise, with every entry, would get cheaper, nastier and dumber. As a film fan and professional critic, I should have hated Wrong Turn and its exploitative, cash-grab filmmaking. But I didn't, I don't, and I'll be rooting for Mike P. Nelson's reboot to bring it back stronger than ever. There's a certain somethin' somethin' about the series that I can't help but love. Some people's thing is The Fast and the Furious; mine just happens to be backwoods cannibals and deformed Hillbillies.

How did I come to feel so strongly about this silly little cannibal franchise? Life choices, probably. It was the first 18-rated movie I ever saw in cinemas, after all. Somewhere in life, I took a wrong turn. And I've not looked back since. Long live Wrong Turn.

WRONG TURN will be available on digital platforms to rent from February 26th, and to buy on April 26th. DVD and Blu-ray enthusiasts will be able to own it on disc from May 3rd.