1993 cult sci-fi biopic Fire in the Sky told the story of Travis Walton, who claimed in his book The Walton Experience that he had been abducted by aliens. Actor D.B. Sweeney played the film version of Walton and the movie is set to be released on Blu-ray for the first time by Via-Vision’s Imprint label. We caught up with him to have a quick chat about the role…

STARBURST: How did you approach the role of Travis Walton?

D.B. Sweeney: I thought it was a strong setup in the script. It was a great opportunity for me to do something that hadn't really been done before in terms of making zero gravity believable.

Can you tell us a little bit about what it was like filming Fire in the Sky?

It was like two movies really. The great time in Oregon with James Garner, Robert Patrick, and Peter Berg filming everything outside the spaceship. Then the second movie was just me and Rob at Industrial Light and Magic with their incredible team doing the alien sequences. Both movies were fun but a lot of long hours.

There’s a moment in the film where the character is covered in a rubber-type material, what was that like?

ILM had so many cool ideas and setups that it made it really easy for me to buy in as an actor that we could pull it off. Really creative, cool dudes trying to make some magic. 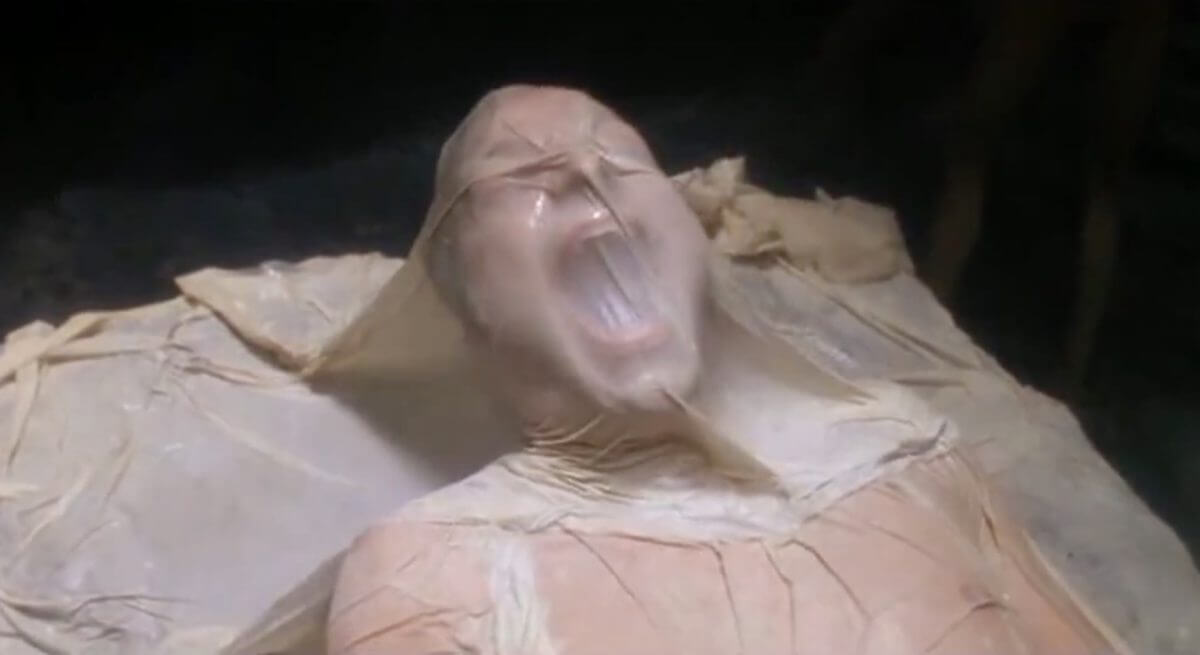 What was the most difficult part of the role?

The weightless sequences required me to be in a harness on wires, hung upside down for long periods of time. That was hard on the body even though I had trained hard to be fit for it

What do you think you’d do if you were abducted by aliens? Is there anything in particular you’d want to ask them?

I think I would tell them how much I enjoyed their gentle cousin in E.T. and hope they took the hint.

I have a film called Haymaker about to drop and then The Manson Brothers Midnight Zombie Massacre, which is really fun. And my short film Two Dum Micks co-starring Sean Astin has won over 60 film festival awards and is still going strong on that circuit! You can check it out at twodummicks.com.

Fire in the Sky gets its worldwide Blu-ray debut on December 30th from Australian label Imprint.