Brigitte Nielsen is the star of 1985's Red Sonja - the sword-and-sorcery epic that would go on to become a cult classic. Directed by Richard Fleischer and produced by Dino De Laurentiis, Red Sonja stars Brigitte Nielsen as the sword-wielding superheroine. With the film celebrating its 4K re-release, STARBURST magazine sat down to chat with its star.

STARBURST MAGAZINE: We’re here today to talk about the 4k re-release of Red Sonja. We just revisited the film, and it still holds up as a lot of fun. How do you remember the film?

BRIGITTE NIELSEN: For me, it was an incredible moment in my life. I was taken out of my comfort zone and cast in a big movie. I never thought I was going to be a part of the movie industry at all. Recalling it, a great experience, wonderful people, including Richard Fleischer, and of course Schwarzenegger. I remember Dino (De Laurentiis) and Richard Fleischer telling me “you’re gonna be working alongside Schwarzenegger.” And I was saying “who?” I had no idea.

Have you revisited the film at all since its release?

I have re-watched it. I don’t watch it like you would, as I am emotionally attached in a different way. I think about funny times and tough scenes that took forever. Things that I could have done better. I remember for example, my first day, I started doing the scene without Richard Fleischer saying “action.”

But It’s nice, because Red Sonja over the years became a cult (classic). It’s nice that almost 40 years later, there’s a remaster.

What were your first thoughts when you heard that a 4k version of the film was being developed?

I thought, ‘good for them.’ Good for them, and good for all the people that really like it. It’s amazing how you can be doing a thing such a long time ago, and it’s gonna look different (now). I feel proud and I feel happy that we did a movie back then that is still appreciated by a certain audience today. I wish Richard Fleischer and Dino were around to see this happen. 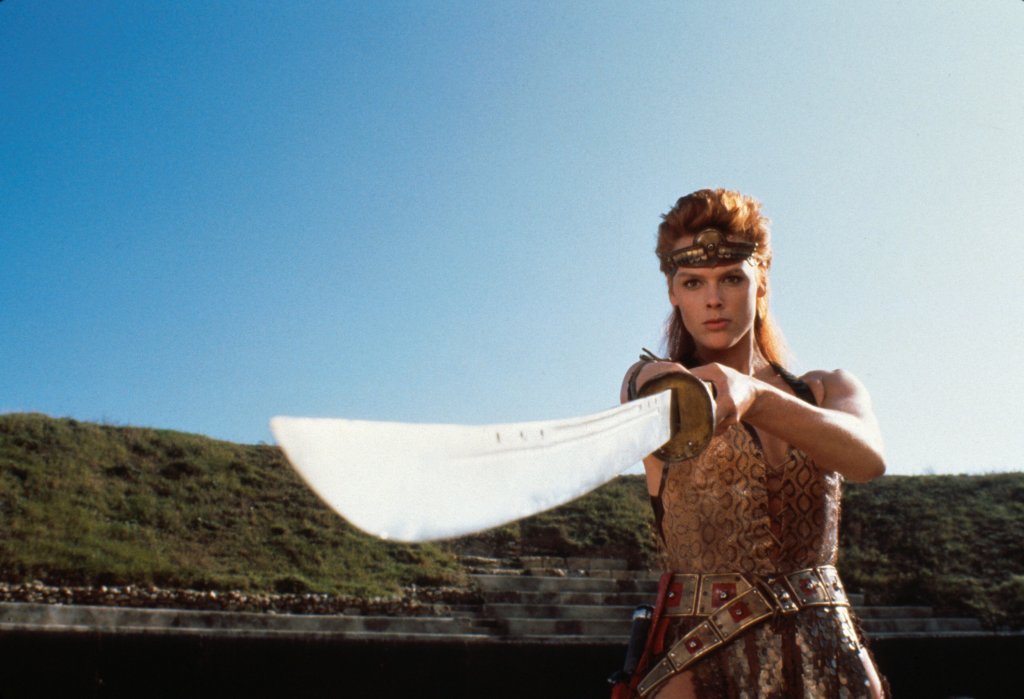 What was the experience like, Red Sonja being your first acting role?

I don’t think I realized how big of a deal it was. I was sent to London to work with an acting coach. I was studying with a stunt co-ordinator. I was already a very good horseback rider, but I would have to fight on horseback, so they had me immediately go to work. Everything to me

was exciting. Both the script and the physical work didn’t frighten me, because I was excited and eager to be a part of it.

Do you have any specific memories from the shoot?

It was freezing. We shot on the outskirts of Rome, and I remember the little mini-skirt and with the wind and the cold, I was freezing. They would have to wrap my frozen fingers around the sword. But besides that, a fantastic experience. It started a whole new life for me. I was ready to keep studying in Denmark, work in a bakery or library – a very normal life. I was taken out of that, abruptly and nicely.

It was also one of director Richard Fleischer’s last films. How did you find working with him?

He was very kind. I remember seeing him as tiny. He was this tiny, thin little man, and his hands were shaking. I remember thinking how fragile he looked in comparison to all these Viking-sized people that were cast. I had enormous respect for him. He almost had a director’s tone and a father’s tone. Some directors can terrify you; talking and overpowering and intimidating and running the set of their movie. Instead, Richard Fleischer was very quiet and calm and patient.

Arnold Schwarznegger expressed surprise that he was featured so prominently in the film, given he only signed on as a cameo. Did you feel short-changed, in that respect?

I didn’t think like that at all. You don’t have that kind of thinking on your first thing, you’re just happy to be there. We had a lot of fun, there was no competition between the two of us. There was a great friendship there. 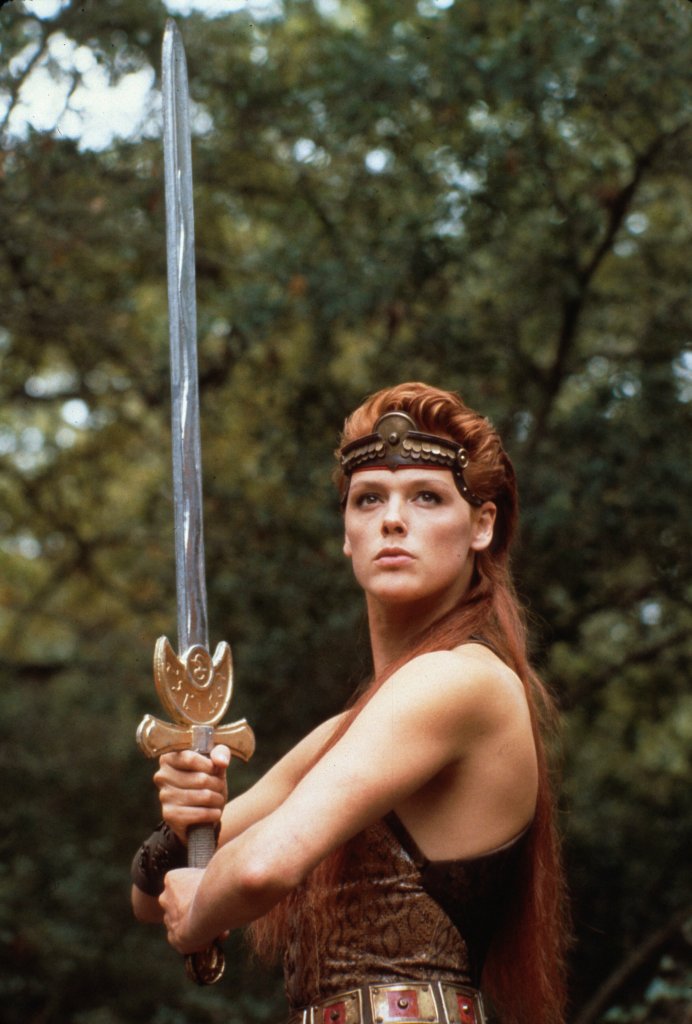 It stands out for being a female-led sword and sorcery film in a time when that wasn’t really the norm. Did you feel like the film was ahead of its time, in that respect?

I think it was. You see what’s happening with Marvel today. Features today they feel like if they don’t have Marvel attached, they’re not gonna go anywhere. I remember back then, filming the fish monster scene, the only thing filming Red Sonja I would have done differently, I would have made it look better than it was back then. However, the strong female opinion and look totally worked then and even better today. They should make a remake and make it beautiful. She’s a great character.

On that note, what would you personally like to see from a potential Red Sonja film?

She’s independent, she’s super strong, she’s funny, she’s wicked, she’s a good friend. I would want to see it become a movie that everybody should go see. It would be a representation of all us women out there. No matter your race, no matter your religion. She can take on anyone or anything, and anyone is allowed to be her in their way.

Were you ever approached about a sequel?

The film, when it came out, didn’t do what it was expected to. Red Sonja became popular with time. I think, back to your earlier question, it was probably not the right time to come out. But we did it, and it’s great that we did it. They just need to make a remake.

Would you hope to appear, to pass the torch, so to speak?

I would be more than happy to hand over the torch. There’s a lot of wonderful female actors. Do I see myself in there? I don’t know. Maybe I can play Red Sonja’s mum. Everything is possible in the film industry. Especially with the way that they take features today. Like what’s happening with Fast and Furious, people keep coming back.

Finally, the movie ends with a playful battle between Sonja and Arnold Schwarzenegger’s Kalidor. Who do you think would have won, if they had fought for real?

Of course. Please, don’t be blinded by those big – (laughs). Definitely Red Sonja. Her strength and intimidation!

Brigitte Nielsen, thank you very much!

RED SONJA is out now on DVD, Blu-Ray and 4K UHD from STUDIOCANAL. 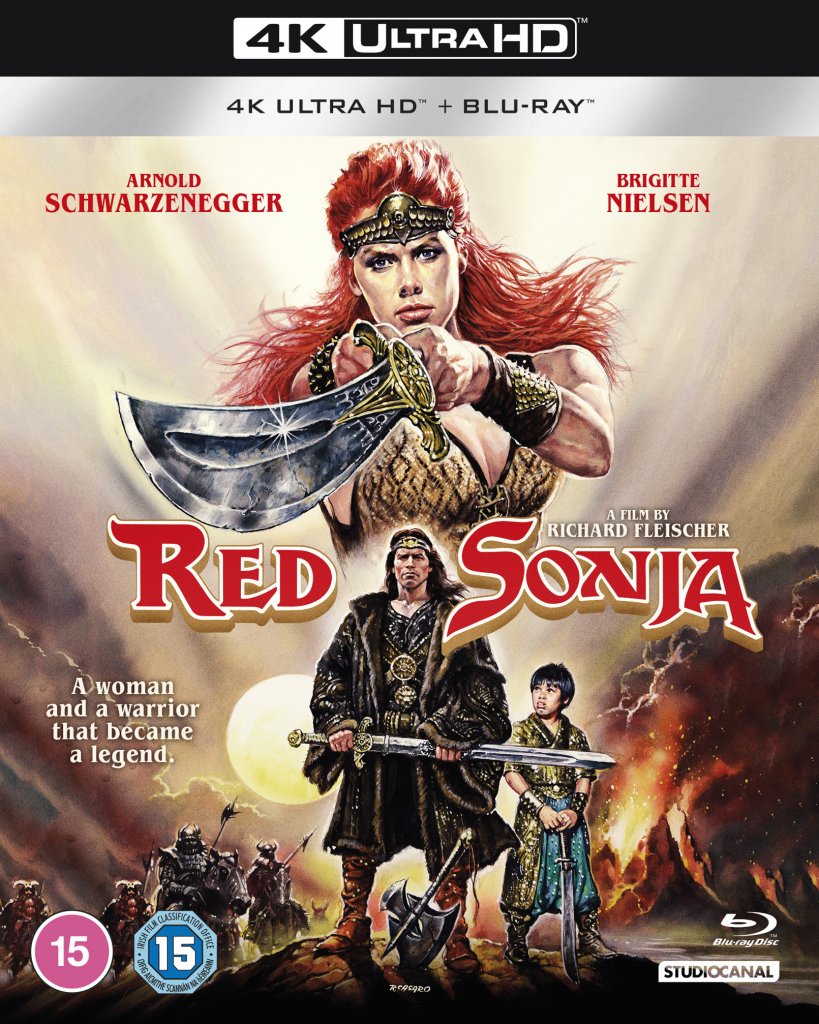