The new Hulu mini-series, Candy, is based on true events which happened over 40 years ago.

"On June, FRIDAY THE 13TH, 1980… in a small, bucolic town in Texas…
A loving, Christian mom named Candy murdered her friend Betty with an AXE.
Candy struck Betty 41 TIMES.”

Composer Ariel Marx's score for the show looks to use the guiding principle of “oppressive sameness,” as she puts it, to craft the perfect music to mimic the feel of the town and the people who lived there – “simple, lush melodies that repeat themselves ad nauseam… dripping with unfulfilled potential” – counterbalanced by the violence, wherein Marx creates “unsettling sounds to feel Candy’s raw, detuned, animalistic rage in a blackout murder of music to break the monotony of the 'sameness'.” It's a lot to take in, much like the show itself, so we were excited to speak with composer Ariel Marx ahead of the show's debut about Candy and her other work...

STARBURST: The music for Candy takes a journey that is quite impressive. What was it like for you, composing for a mini-series?

Ariel Marx: The beauty of television is that it's an extended form. You have a lot of time to explore your ideas and a lot of really rewarding ways for reprisals and development and whatnot. With Candy, it's such a complex story. I think Robin [Veith, creator] did such an incredible job exploring all of these different aspects of the time period – of what it was to be a housewife in the '80s, the time period of what these women were going through, what it was to be a mother, what it was to be a working mother, what it was to be a bored housewife – all of these really, really complex emotional layers that I was able to dig into. It's a really varied palate. A lot of it is very kind of fantasy, perfect-life driven. Then, on the other hand, it's very severe and very “nerves are frayed” and at the end of one's rope. The score gets quite violent, obviously – as the story does – but anyway, it was such an amazing opportunity to explore these hugely different ends up the spectrum, because the story really does that. It covers everything of their lives and how this happened. 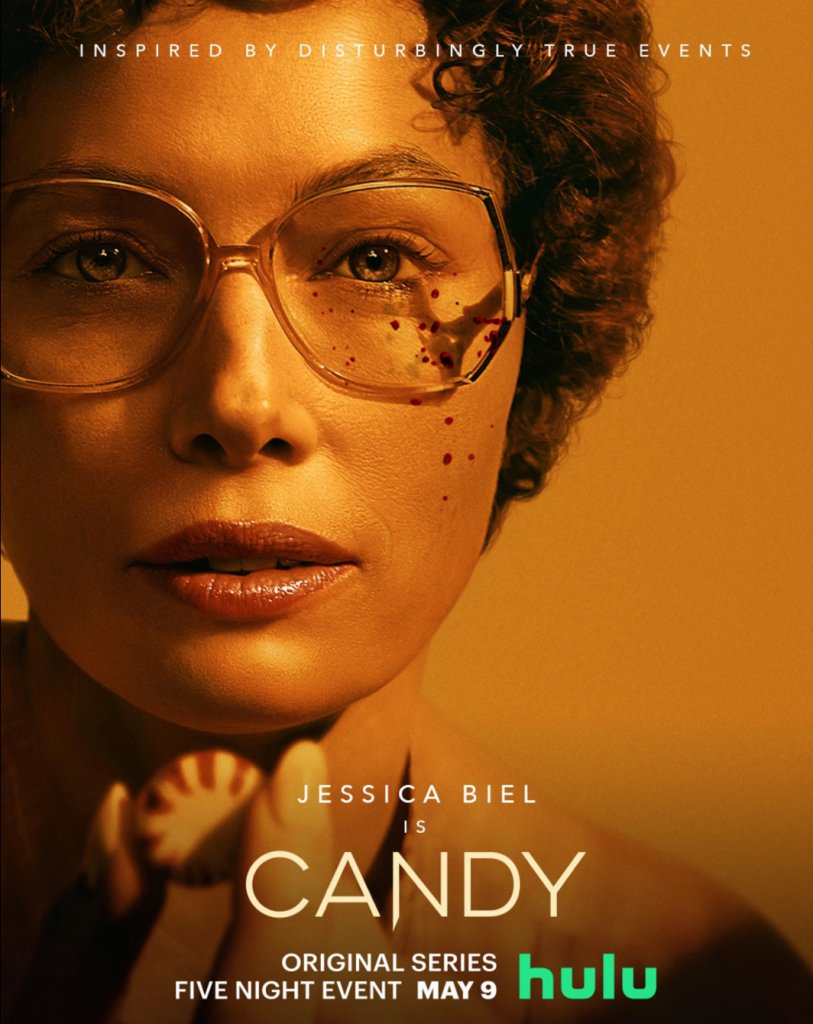 You've done work for true crime mini-series and you've done work for what might be comedic drama, if you consider Shiva Baby in that realm. You've worked on American Horror Stories, so it seems like Candy encompasses elements of all of these things, where it is based on a true story, but it also has these very horrific elements, but it also starts out with a very deep friendship. Wherever did you start What was the thing you latched on to at first?

The very first theme that I composed is actually the theme that's in the main titles. That was kind of like a first stab at, “What is this world?” Beyond the horror of it, there was a true, fully three-dimensional portrait of each of these people. The main entry into the pallet was through the lens of convincing one's self that you have the perfect life and that you're content but also, this theme also has elements of repetition and getting stuck in a loop and not being able to fully realize one's potential. It's very simple. It's very lush, but it does get stuck. It's like its rudders are stuck while still being beautiful. That was a main quality of the theme – of the intentions going right in and there were such wonderful nuggets in the script that I could draw from. There was this idea of oppressive that I really took to heart in terms of the aesthetic, in terms of the mundanity of every day feeling like the same, of the task being the same, and feeling like, how do you convince yourself you're fulfilled with the status quo, floating on what's comfortable. That [opening] scene illustrated all of these big ideas in terms of just wanting so badly to believe that you have everything you want, but you don't, and how does the truth flip in? There are shards of darkness. Candy is so good at having a fixed smile and covering up her real emotion and really just proceeding as if everything's normal, but there are cracks in her. How does that darkness and violence come through?

Because Candy is based on a true story, does that present difficulties for you or are you just trying to honour the story as it is on screen?

True crime is always tricky because you are accountable for these real lives and real tragedies. There's a certain responsibility in everyone and in how they portray it because it does have consequences to the people who really lived through it and then by connection, my music is very deeply committed to honesty and I'm deeply committed to honouring all aspects of each of those characters.

With true crime, it can be easy to view it as a horrible accident on the highway that you look at briefly and then you move on but I think Candy does a really wonderful job at making you stay there in these characters and with these characters. The show – and then also, the music – was really devoted to, again, painting these three-dimensional characters and that Candy wasn't just a vicious axe murderer.

There's compassion in terms of, “How does a woman with no previous history of violence do this?” and “What led Betty to where she was with her own repression and her own overwhelming sense of duty as a mother and as a teacher?” I'm not painting these characters as one-dimensional, but really honouring that they're fully-fledged human beings beyond the crime. That's what we really tried to do with the music. It was never about making fun. It was never about making light. It was never about distancing you in a way that you didn't connect.

CANDY is streaming now on Hulu in the US, and will arrive in the UK via Disney+ soon. For more on ARIEL MARX's work, check out www.arielmarx.com