No cartoon epitomizes “zany” the way Animaniacs so joyously does. One of the most endearing aspects of the series—both the original show and its revival—is the immense joy it takes in being a cartoon. Even now, decades after the original series premiered, the Steven Spielberg-produced cartoon resonates.

The original series centred around Yakko, Wakko, and Dot Warner, three 1930s cartoon characters who are trapped in the WB Tower for 60 years before escaping. Many of their adventures took place on the Warner Bros lot, where they proved a major headache for franchise staples such as studio psychiatrist Dr. Otto Scratchansniff and the hapless Ralph the Security Guard. 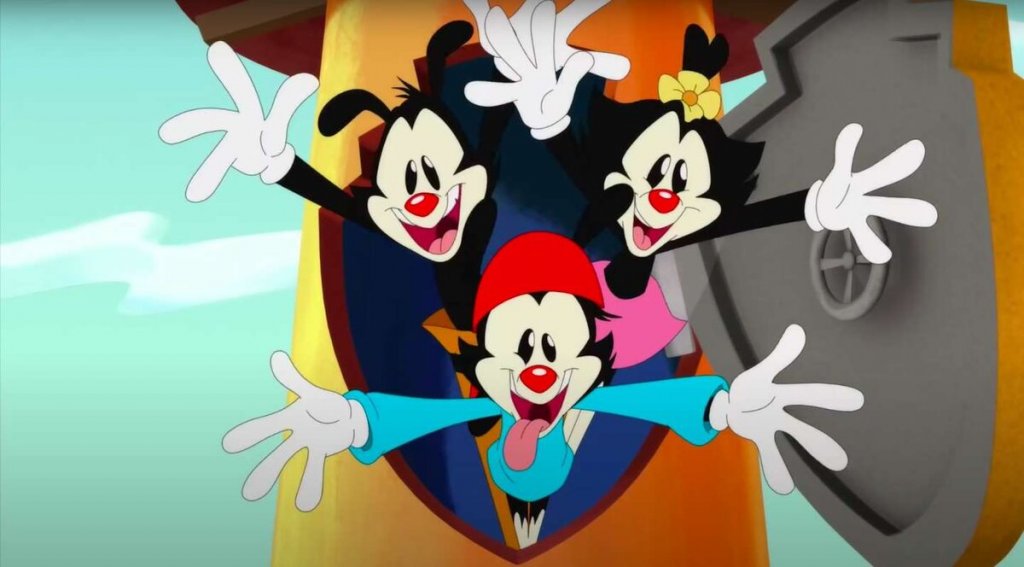 The revival rightly retains the puckish spirit of the original. Hulu's highly anticipated Animaniacs finds that elusive balance of reverence and relevance, all while devising new ways to make us laugh and bring us closer to the Warner Brothers (and Warner Sister). It's remarkable, really. Now in its second season, the show's triumphant return becomes less concerned with selling audiences on a reboot and more focused on predicting its style and humour on the sociopolitical zeitgeist of 21st century America. Viewers bemoaning the revival's emphasis on “political correctness" forget the acerbic wit and social conscience of its predecessor. But for co-executive producer Gabe Swarr, the challenge wasn't winning fans back over. It was adapting to evolving industry practices.

“It's hard enough to make a traditionally animated show nowadays because it's just not done", Swarr told us during a virtual roundtable interview. “But then to put all these other styles and all these other mediums in there too, that's what really makes it unique. I think that's the way we can push it.” 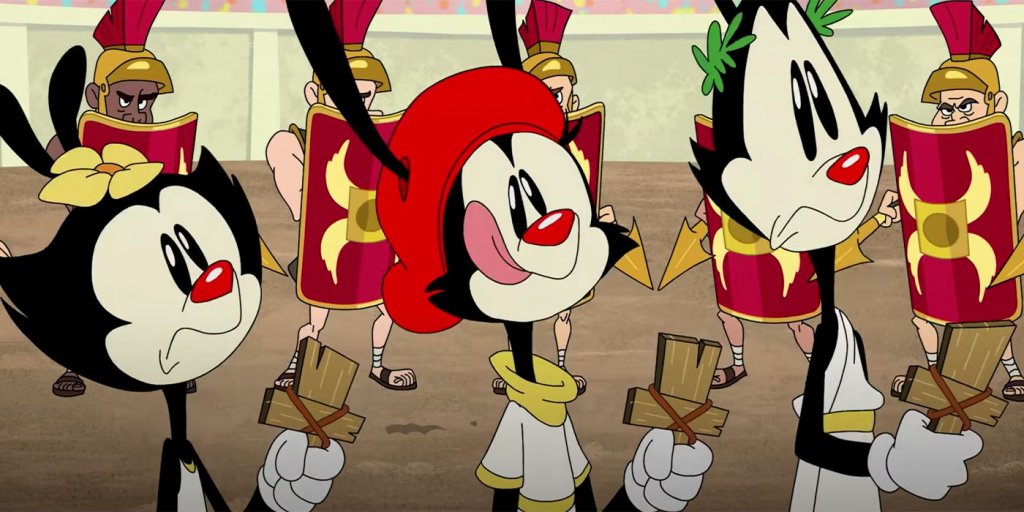 Looking at the first season of Hulu's revival, it's easy to see what Swarr means by 'unique.' Most immediately, the first episode flirts with an anime style before reverting back to its default wackiness. Jess Harnell, the voice actor behind Wakko Warner, teased that the second season will stretch its style in similarly unexpected ways.

“They do this Thundercats thing in the new season where they're going with that kind of style,” Harnell said. “They're sort of re-adapting these familiar images and characters into these new and different varied styles that always just leave me knocked out.”

But as intent as this new series is on enjoying animation's inherent pliability, it's also committed to retaining the style and substance that made the original a smash-hit. “Right from the get-go, I always thought that Animaniacs was easy on the eye,” Dot Warner's voice actress, Tress MacNeille, said. “It was easy on the ear and it was easy on the eye.” Thankfully, Swarr and the other animators have made that the case here, too. 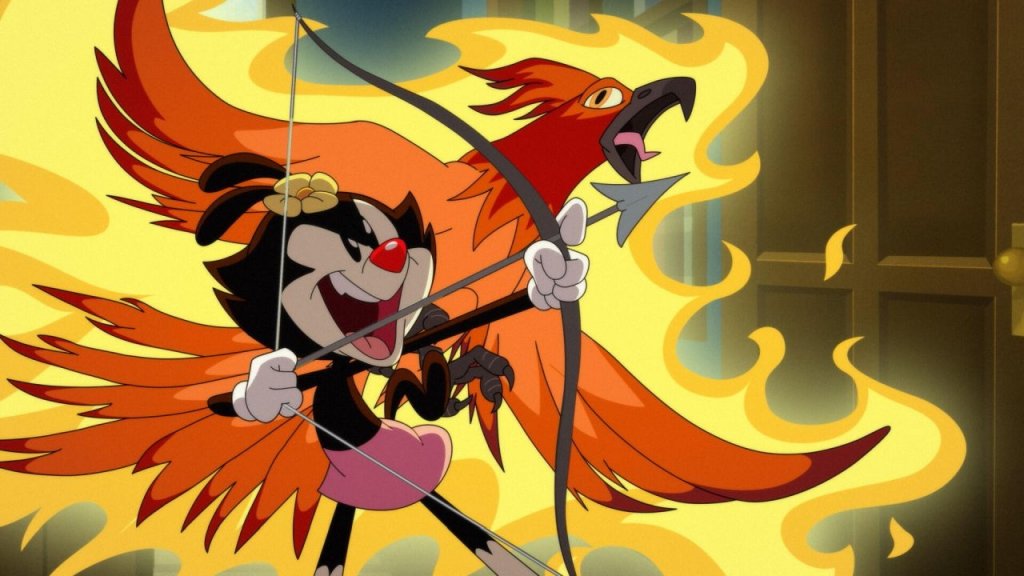 For other members of the cast, it was the writing that captured their attention. “I love the fact that we're self-aware, and that we lampoon everybody. Including ourselves,” Rob Paulsen, the voice actor for Pinky and Yakko Warner, said. “In fact, if you guys recall, when we do the theme song, the first half is the old animation and the old lyrics. Then it switches to the new stuff, where we become self-aware. They even say, 'Gender-balanced, pronoun-neutral, and ethnically diverse, the trolls all say we're so passe, but we did meta first.' Before one word of dialogue is spoken, the theme song lets you know what you're in for.”

For longtime fans, this is great news. The appeal that catapulted the Warner siblings to stardom isn't just intact. It's smarter, cleverer, quippier than ever. The spirit of our favourite '90s cartoon is alive and well, and we can only imagine where these genetically ambiguous goofballs will take us next. 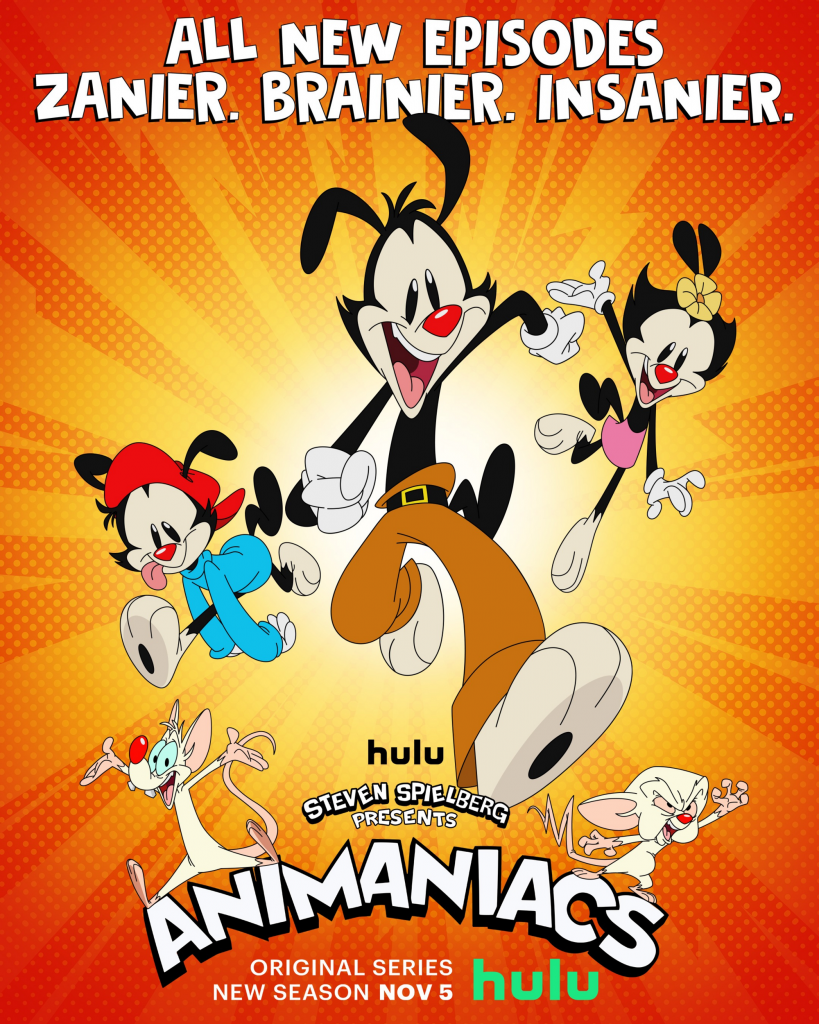