Texas-born author Adrienne Young is best known for her New York Times bestselling novel Sky in the Deep. Her new book, The Girl the Sea Gave Back, comes out September 3rd. We caught up with her to find out more about it...

STARBURST: What’s the elevator pitch for The Girl the Sea Gave Back?

Adrienne Young: A girl with a gift to read the rune stones and see the future holds the fate of her world in her hands.

What inspired the story?

After the events of Sky in the Deep, I really wanted to explore what the evolution of this world would look like. In Sky, two warring clans are forced to find peace. But that doesn’t mean peace is permanent. We also know that those two clans aren’t the only ones that exist in this world. So I wanted to look at how this newfound peace affects the greater society outside of the mountain and the fjord that Sky focused on.

How is it different from Sky in the Deep?

The heroine in The Girl the Sea Gave Back, Tova, is really different than Eelyn was. She’s not a warrior, but she has a quiet inner strength that has kept her alive. She’s really smart and strategic, and has a deeper understanding of what’s happening around her. We also dive deep into Halvard’s story and his doubts about his own ability to lead. Where Sky was so sure and determined, Sea is much more questioning in the nature of its characters and its plot.

Now you’ve finished The Girl the Sea Gave Back, would you have done anything differently?

I don’t think so. The process for writing this book didn’t come as easily to me as Sky did. I had to dig really deep and be a better writer in order to pull it off. It’s also different than anything I’ve attempted before, in that it’s dual POV and it’s a companion novel. There was a definite learning curve there and I’m really proud of the work I did.

Which character from the novel would you most like to meet in real life? And why?

I would love to meet Halvard. I just see him as this strong, quiet, sensitive being  - I feel like he loves so fiercely and is so dedicated to his community.

What approach do you take when writing fantastic elements such as predicting the future?

I really love approaching the fantastical with a heavy dose of reality. I love that in-between place of wondering if it’s real or not real. It’s the same in Sky, when we are looking at their gods and their superstitions. There’s nothing so overtly supernatural that you couldn’t imagine it in our own world and it’s the same with the idea of fate in Sea. I feel like it keeps the fantasy elements accessible and feeling as if they could be true.

How do you approach your writing?

The most important thing to me in writing is feeling connected to what I’m working on. If I don’t feel that gut connection, then it’s probably not what I should be writing. I’m an all-in type of person, and my work is no different.

Why do you think fantasy so popular now?

I think it’s kind of a timeless genre. There’s no expiration date on fantasy so it stays relevant across generations and time periods. There’s also the overarching truth about humans that we love to escape and there’s no better way to do that than to transport to a completely different world. I think fantasy will continue to stay steady in the market for both of those reasons.

When Sky in the Deep came out, what response delighted or surprised you the most?

I was totally blown away by the reader response to Sky. I had no idea that it would strike such a chord and although every author hopes for the best, it definitely surpassed my expectations. To hear from so many people who resonated with the book was really special and I feel so fortunate to have such amazing readers.

Is it easier to get published these days?

I think it is, but only because of the amount of information that’s out there. Anyone can figure out the steps to publication with a quick google search, which means more people than ever are trying to get their work published. Publishing houses are bigger, they have bigger lists, and with the trend of books getting turned into movies and TV shows, there’s a lot of demand for content. But that’s not to say that it’s easy. Getting published is an incredibly difficult, tedious process that usually takes years. I don’t think that part is likely to change.

I just finished revisions on my next novel, Fable. It’s the first book in a two-book series and it’s coming next year!

What authors are you reading? And why?

I’ve been reading a lot of poetry this last year, probably because I’ve been drafting so much and haven’t been able to really commit to reading novels. My current favourite that I keep coming back to is Mary Oliver.

The Girl the Sea Gave Back is published by Titan Books on September 3rd. 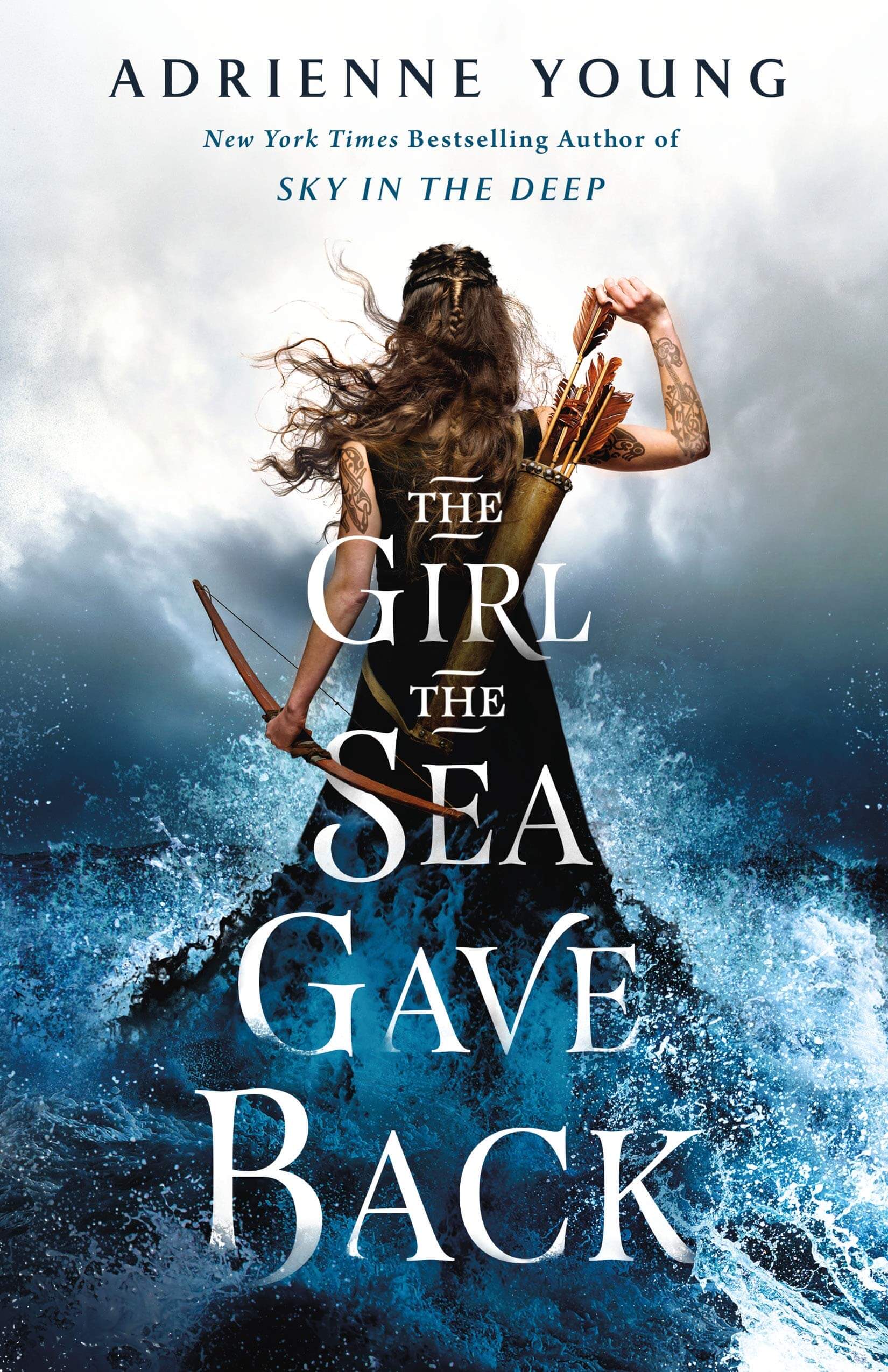