X-Men: Dark Phoenix finally arrives in cinemas this week and, with Marvel Studios recently reclaiming the rights to the Children of the Atom after the Disney-Fox deal, it spells the end of the X-Men cinematic franchise that’s been unfolding for the past 19 years. The movies haven’t always been good (Lord, no) but they have been home to some incredible actors. Here are the 10 best performances in the whole series… 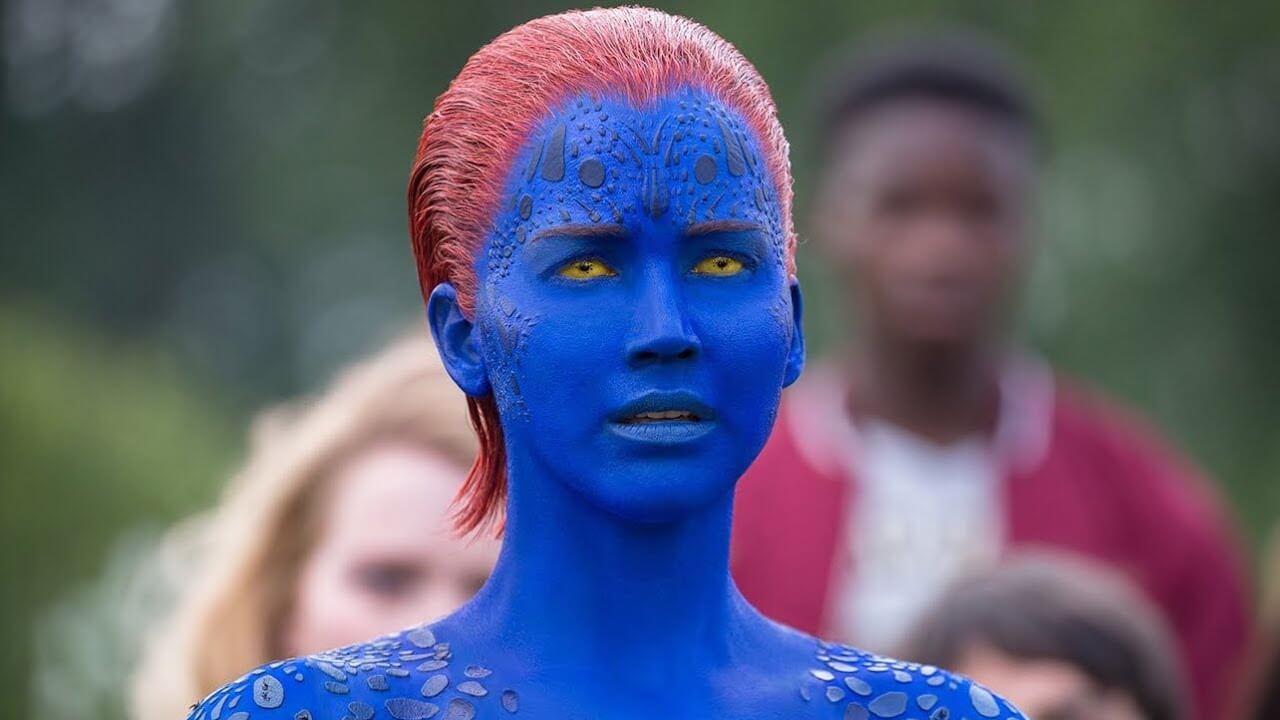 Yes, we all know that J-Law doesn’t give the best work of her career in this franchise, and her infamous dislike for the Mystique make-up has annoyed some fans. However, her Raven is such a major part of the franchise that she still deserves a spot on this list.

As much as fans are fond of Rebecca Romijn’s original interpretation, Lawrence’s Mystique is inarguably more fleshed out. The films haven’t always used her particularly well - Apocalypse, I’m looking at you - but the character deserves some credit for being a leading superheroine who predates both Wonder Woman and Captain Marvel on the big screen.

Best Single Performance: It has to be Days of Future Past. Mystique is at the centre of the story and the depiction of the character is nicely pitched at the mid-point between Lawrence’s heroic version and Romijn’s acrobatic assassin. 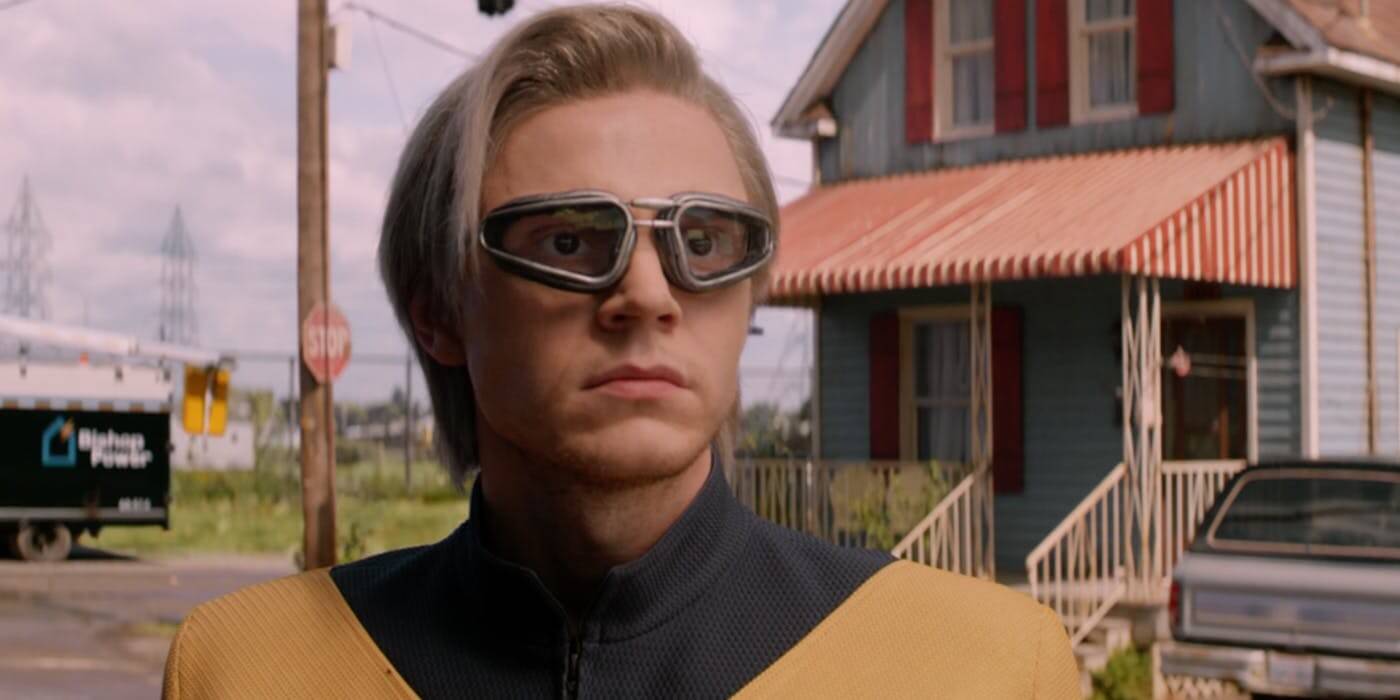 Originally, Juggernaut was supposed to be the mutant Wolverine and Co. turned to in order to break Magneto out of the Pentagon in Days of Future Past. Let’s be thankful the filmmakers ended up changing their minds and choosing Quicksilver for the scene instead, as it gave us Evan Peters’ superior take on the speedster (you didn’t see that coming, Aaron Taylor-Johnson?).

We’re used to seeing him play murderers and maniacs on American Horror Story, but Peters is hugely likeable as, er, Peter, especially in Apocalypse which digs into his realisation that Magneto is his father. Obviously, everyone loves the visualisation of his abilities but it’s Peters that makes him work as a character.

Best Single Performance: Honestly, Peters is just as good in both Days of Future Past and Apocalypse. Sadly, his role in Dark Phoenix was reduced due to his AHS commitments. 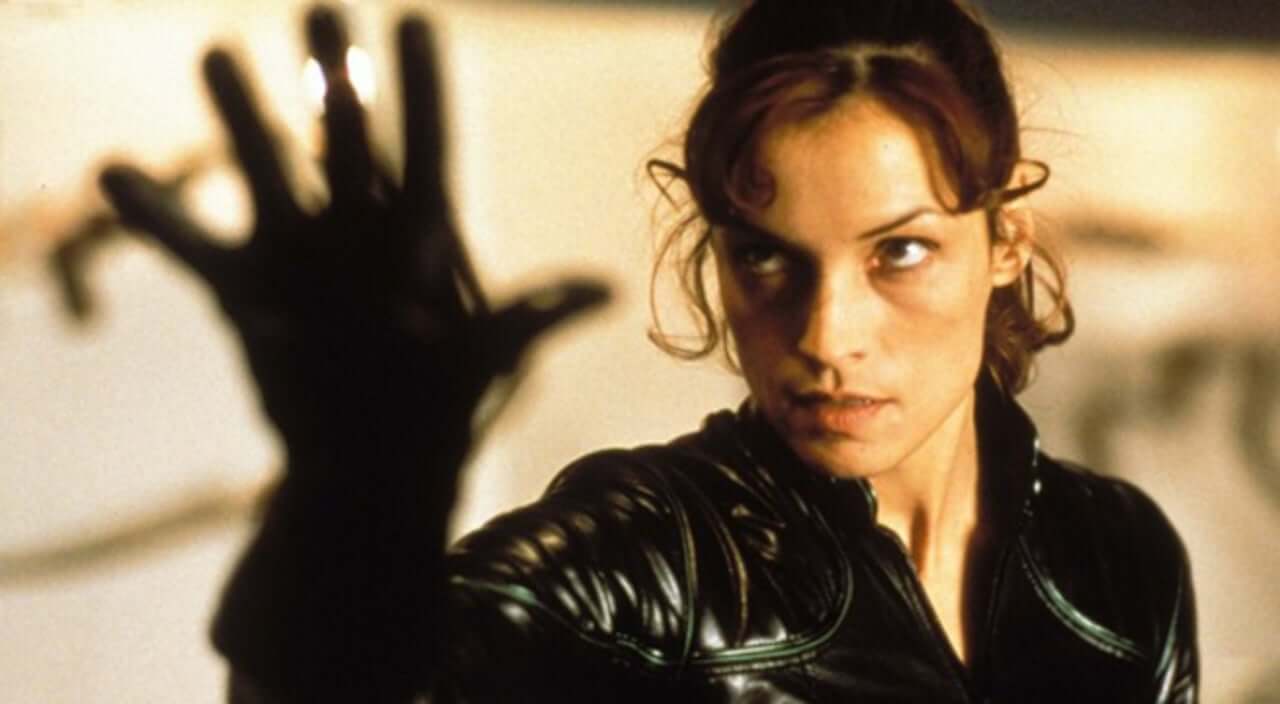 Though most famous to film fans at the time as the OTT Xenia Onatopp in Goldeneye, Famke Janssen proved to be the best choice to bring Jean Grey to life in the original X-Men trilogy. Her Jean is a gentle, caring woman who nonetheless has an apocalyptic power within her that she can’t comprehend.

Honestly, much of Jean’s importance comes from the male characters’ relationships to her - most notably, Logan’s - but Janssen does her best to mark her out as one of the most well-rounded of the supporting X-Men in these heavily-crowded films.

Best Single Performance: Definitely X2, which gets to the heart of Jean’s struggle better than The Last Stand did. Here’s hoping Sophie Turner is given better material to work with for her version of the Dark Phoenix Saga than Janssen. 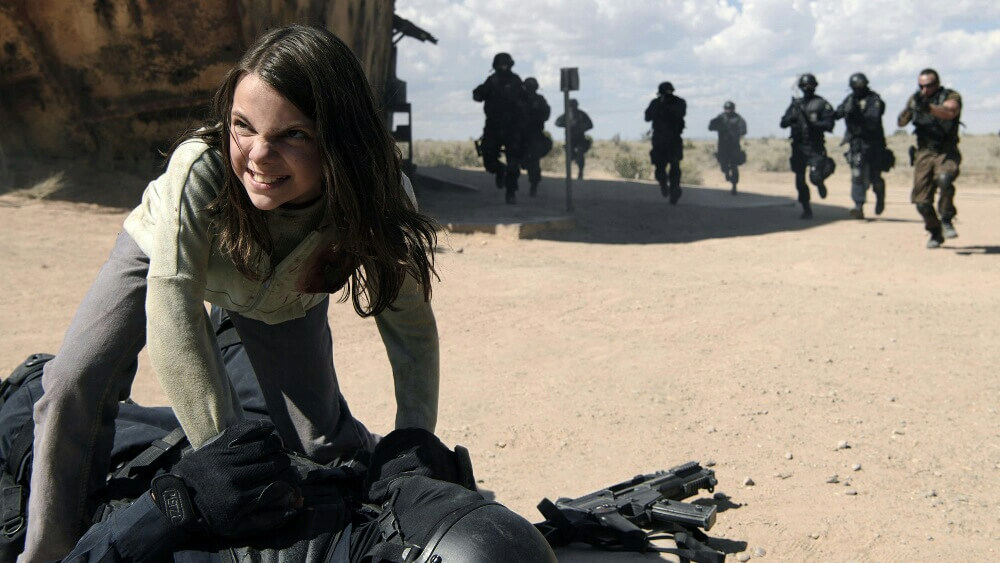 Logan is widely viewed as one of, if not the, very best X-Men films, with Hugh Jackman and Patrick Stewart’s performances being rightly praised. However, let’s not overlook the third lead of the film: Dafne Keen. Despite her young age, Keen delivered a brilliant portrayal of Laura/X-23, Logan’s clone daughter, that beautifully complimented the work of her two more experienced co-stars.

As she spends half the film refusing to speak, Keen does a lot of the heavy lifting through her physical acting and expressions, painting Laura as a chip of the ol’ block: a feral child with a lot of emotion under the surface. Her dysfunctional familial bond with both Stewart’s Xavier and Jackman’s Logan is superbly realised.

No wonder she’s the lead of the BBC’s upcoming His Dark Materials TV series. Fingers crossed Marvel brings her back in a few years for an X-23 movie. That’d be preferable to a recast Wolverine. 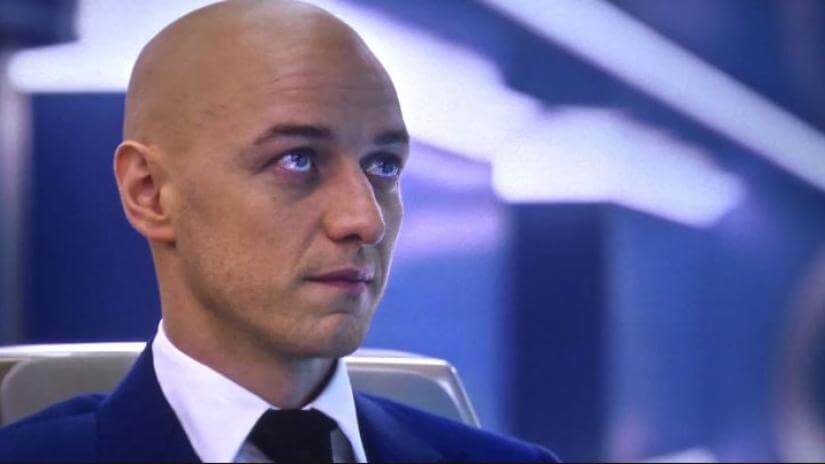 You can’t better Patrick Stewart as the wise mentor figure, so the past three mainline X-Men films have smartly called on James McAvoy to play a very different take on Professor X - or, more accurately, three different takes on the character.

In First Class, he’s a playboy who learns to use his gifts for greater things. In Days of Future Past, he’s a broken man who rediscovers the importance of hope. And in Apocalypse… he loses his hair? Never mind, let’s forget about Apocalypse.

The point is that McAvoy, always a reliable actor, delivers a great performance each time as he gets to uncover new layers to Charles Xavier. Dark Phoenix promises to explore the morally-murky side of his leadership of the X-Men, so hopefully McAvoy will again get some interesting material to work with.

Best Single Performance: He’s terrific in First Class, but Days of Future Past has to be his best turn as Charles, thanks to the emotional journey it puts him through - including coming face to face with Stewart’s version. 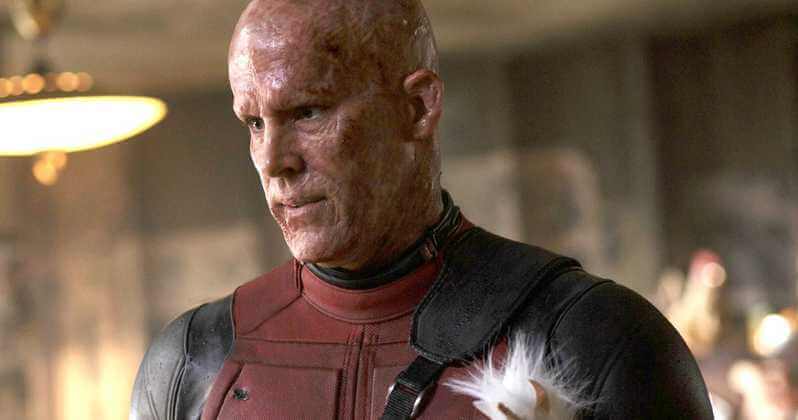 Ryan Reynolds is one lucky fella. His turn as Wade Wilson was one of the few good things about X-Men Origins: Wolverine, but it seemed that his career as Deadpool was cut short before it even began when that film flopped. Remarkably, he ended getting another shot at the role in the solo Deadpool franchise - and became one of the popular movie superheroes around!

Like Robert Downey Jr. as Iron Man and a certain Aussie actor who he has a fan favourite social media rivalry with, Reynolds’ Deadpool is just a perfect match of actor and character, with the Canadian displaying the right blend of irreverence and charm to make the Merc with the Mouth work for both comic book fans and casual moviegoers.

Best Single Performance: It has to be Deadpool, in which Reynolds first reminded us how stupid a decision it was to sew DP’s mouth shut at the end of Origins. 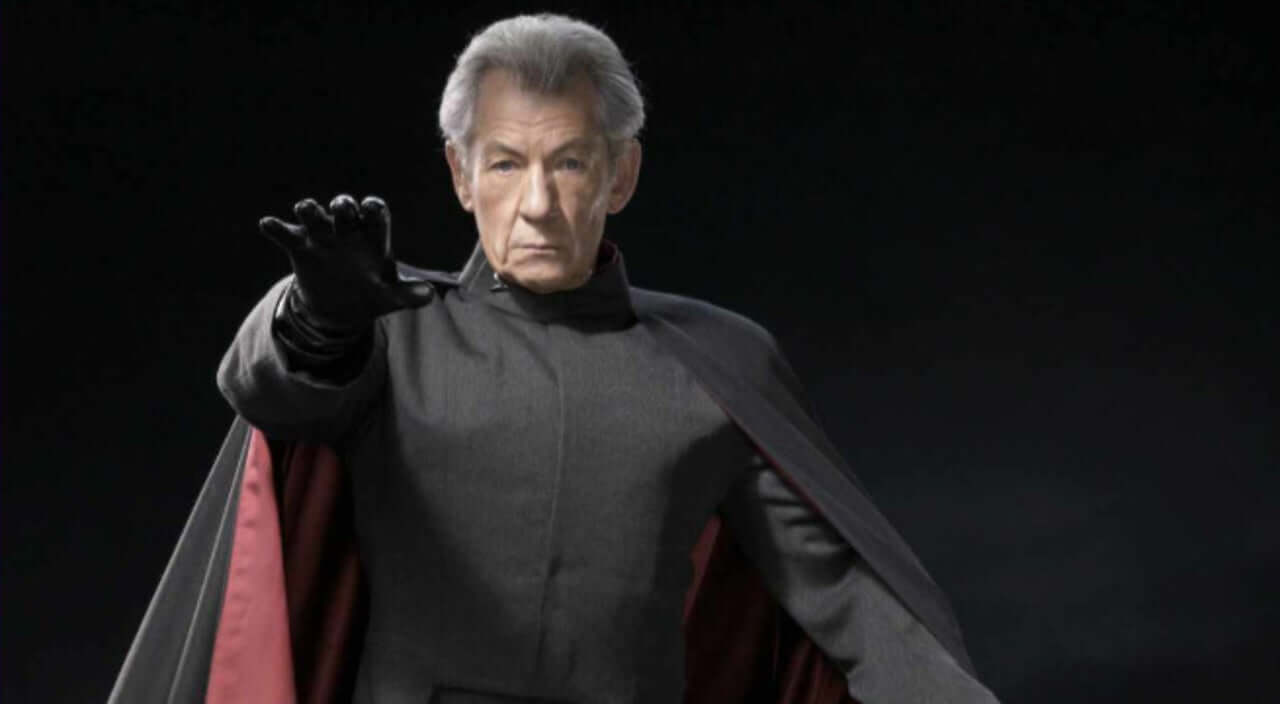 2000’s X-Men needed to have a multi-layered villain to make it work, and thankfully the genius move was made to hire Sir Ian McKellen. Frankly, Magneto is as much of a crackpot comic book baddie as they come - with his evil schemes including turning politicians into watery blobs - but McKellen’s gravitas and sophistication ensure Erik Lensherr remains a compelling and very human - or should that be mutant? - antagonist.

McKellen and Stewart’s real-life friendship comes through on screen as the pair made us believe in the old enemies’ shared history long before we got to see their origins in First Class. In particular, McKellen displays a real admiration and connection to his friend-turned-foe. Even in the ridiculousness of The Last Stand, he makes us feel for Lensherr’s loss after the death of Xavier.

Best Single Performance: McKellen is the sort of talent who can make the most of whatever he’s given, so he’s fabulous in each of his four appearances - plus The Wolverine’s post-credits scene. However, X-Men is probably the movie that most belongs to him. 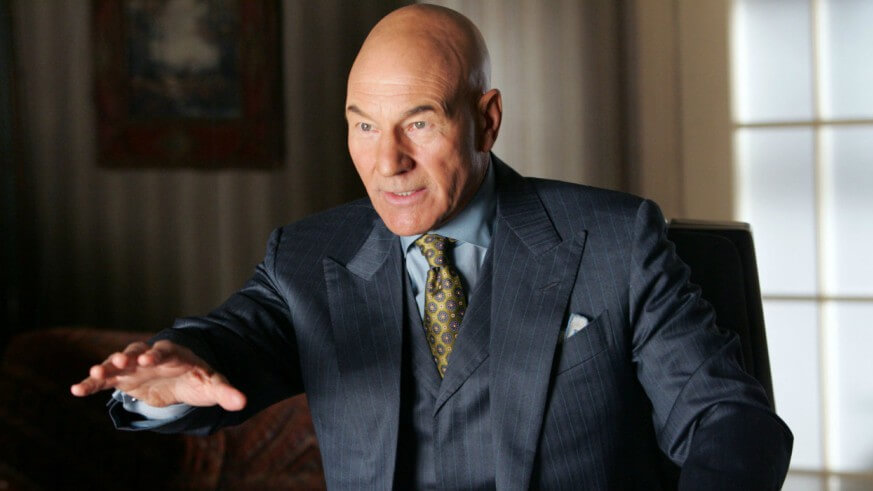 Stewart and McKellen are just as good as each other in the X-Men films, so it’s arbitrary which one comes above the other in this ranking. The characters are each others’ yin and yang, and the benevolence and moral core Stewart brings to Xavier contrasts expertly with McKellen’s wavering ethics and cruelty.

The Xavier of the original trilogy is much more of a hero than the often flawed and complicated figure from the comics, but that was the right decision to make to streamline things for the movies. Stewart’s brand of avuncular leadership was needed to hold the ever-ballooning cast together.

Best Single Performance: As good as Stewart is across the board, his best X-performance is hands down Logan. It’s heartbreaking to see the wise old man troubled with dementia, with his out-of-control powers revealed to have killed his students in the past. Stewart allowed us to see a whole other side to his Xavier. 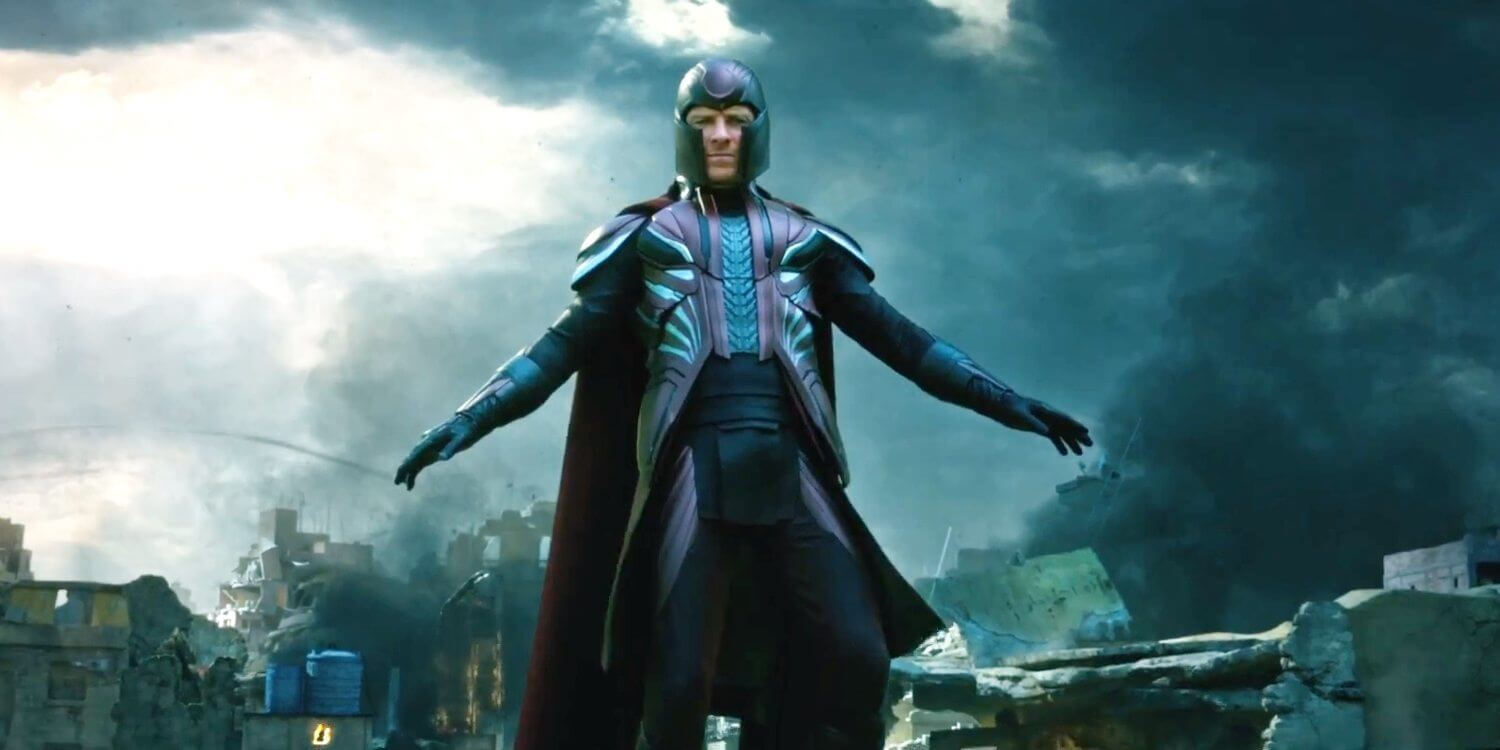 We all know McKellen is amazing as Magneto, so it might be controversial to rank Michael Fassbender’s interpretation higher, but here me out, as I’d argue that the prequel series version is a more layered character than the one from the original trilogy.

As I said, for all his sympathetic qualities, McKellen’s Magneto is clearly demarcated as the villain of the trilogy. Fassbender’s, on the other hand, is firmly an anti-hero - a man dragged into a world of killing and conflict that he never asked for, a creature sustained by vengeance after he repeatedly loses everything. Apocalypse gets so much wrong, but the scene where Erik’s wife and daughter are murdered is one of the most affecting moments in the whole series.

Best Single Performance: First Class, no question. Fassbender is simply luminous as the young Erik. The scenes where he goes around the world killing Nazis give us a taste of the best James Bond there never was. 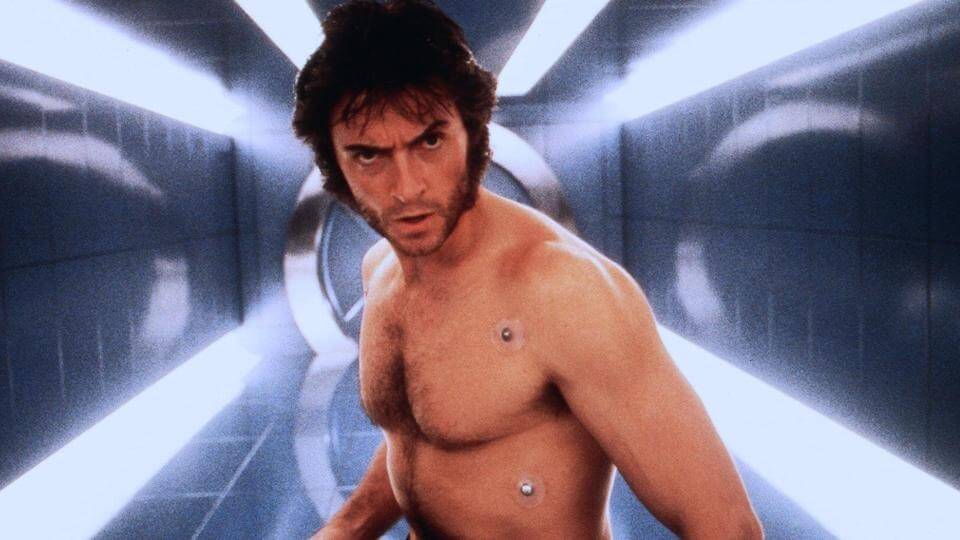 Sorry for being basic, as the kids say, but there’s no one else who can sit at the top of this list. Dougray Scott’s loss was the superhero world’s gain as Hugh Jackman proved to be the only actor we can possibly imagine as Wolverine. Even if he only got the part after Scott dropped out and the 6’3” stud muffin looks nothing like the 5’3” runt from the comics.

Some might complain that Wolverine hogs too much of the spotlight at the expense of other characters, but it’s hard to blame the filmmakers for this when Jackman is such a strong leading man. Even now, in our superhero-saturated world, his Wolverine remains unique - a reluctant hero, who struggles to control his own brutality. It’s the sort of character you don’t really get in the MCU, though he no doubt will be folded into it soon enough. Good luck to the poor sap who has to follow Jackman.

Best Single Performance: X-2 gives it a run for its money, but it has to be his turn in Logan. After the previous two solo films didn’t quite nail the character, Logan gets it spot on by casting Wolverine as a washed-up hero, a man who’s tired of a long life full of violence. Jackman gets to deliver the sort of raw, emotive performance that’s rare to see in a superhero movie and he clearly relishes it. We’d all love him to return but there’s no better film to go out on.