Films hold a special place in our hearts and when one that you love sinks without a trace, it only makes them even more special. The films on this list aren’t necessarily underrated, they’re simply not on enough peoples’ radar. You might have heard of them but each film on this list deserves far greater attention… 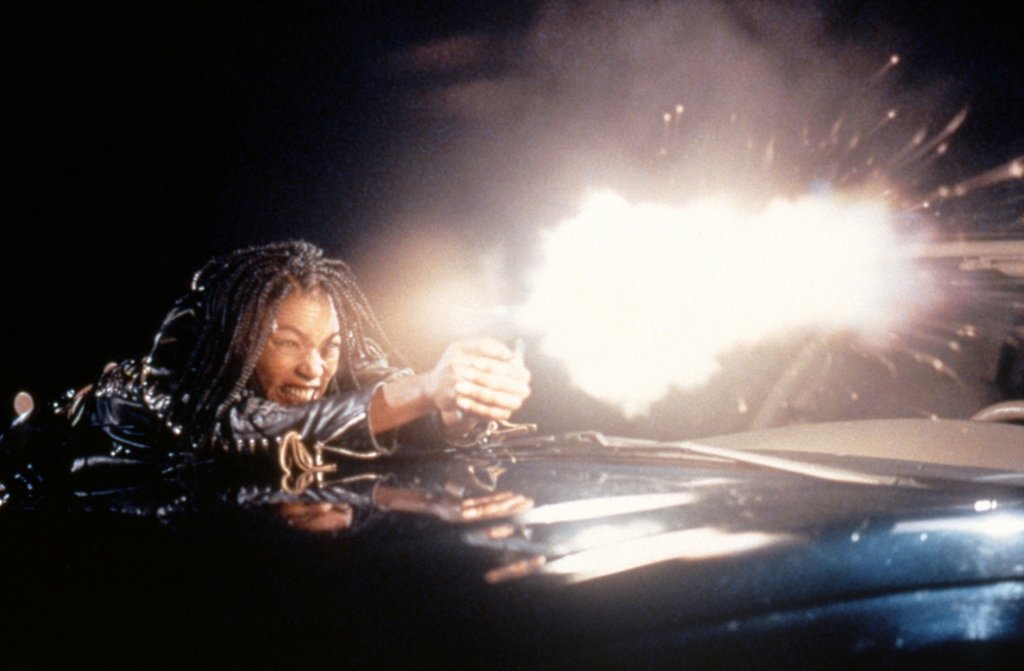 Criminally overlooked, Kathryn Bigelow’s paranoid vision of LA on the eve of the new millennium is a powerhouse of a movie. Part thriller, part conspiracy theory, part love story, part sf dystopian nightmare, its failure at the box office and neglect since is a mystery. We know how good Bigelow is at action and Strange Days doesn’t disappoint on that front, but its heart lies in the love triangle of Ralph Fiennes, Juliette Lewis, and a stunningly kick-ass Angela Bassett. As you’d expect with a script from James Cameron, it's not exactly subtle, but in its execution, Strange Days is a compelling visual and aural assault on the senses, especially during the ‘SQUIB’ scenes, a device which allows the wearer to experience someone else’s senses. All this plus a fantastic soundtrack, Strange Days demands better recognition.

Best bit: The climax set during the biggest party in the world.

Where to Watch: Chili 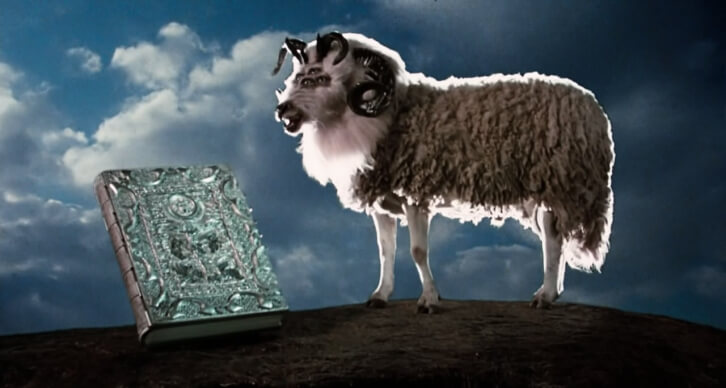 You wouldn’t think that Ken Russell, the mad genius behind cinema as sublime as Women In Love and The Devils, as well as cinema as ludicrously fun as Lair of the White, would be responsible for one of the all-time great pieces of science fiction cinema. The story of a scientist convinced that isolation chambers and hallucinogenic drugs can unlock primal consciousness shows the director at the height of his powers, carefully balancing restraint and all-out hysteria, sometimes within the same scene. As the lovers at the heart of the story, William Hurt and Blair Brown are quite brilliant, grounding the ever more fantastical elements to a very human story of love and redemption. The groundbreaking effects still amaze. Why isn’t this film everywhere?

Best bit: The devastating climax in the hallway where Hurt’s transformations externalise, which was copied so blatantly in the Aha video for Take On Me.

In an attempt to join the cinematic space race of the late ‘70s, Disney’s rival to Star Trek The Motion Picture tells the story of a research vessel finding a long lost spaceship at the edge of a black hole. And it’s a real curate’s egg. On the one hand, the script offers no exposition or character development, very little sense of threat, questionable motivations and scenes which make absolutely no sense whatsoever - breathing in space anyone? But on the other, the production design as astonishing, the black hole itself is beautifully rendered and the Cygnus is one of cinema’s greatest space ships, and in Maximilian, we have a truly great robot. The cast is wasted, Ernest Borgnine and Maximilian Schell aside, with both Anthony Perkins and Yvette Mimieux dialling it in. And then there’s the ending, a surreal quasi-religious hallucinogenic trip into the black hole which takes us to hell and heaven and is both ridiculous and compelling. Like the film itself, it’s pretty baffling but there’s something hypnotic about it which deserves to be seen.

Best bit: The trip to hell. 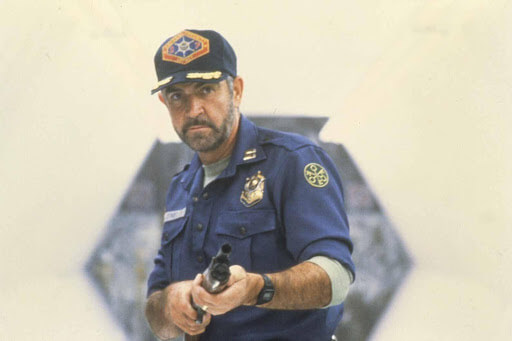 Outland sees Sean Connery playing a federal marshall keeping law and order going on Jupiter’s moon Io, where a mining colony has some criminal gongs on going on. As written and directed by Peter Hyams (Capricorn One, 2010, End of Days), it was the result of him wanting to make a western and that sensibility runs right through the film, but shifting the milieu from the wild west to outer space works brilliantly. The film’s design is heavily influenced by Alien so looks amazing, whilst the plot is basically High Noon with Connery taking on the role of the man trying to do the right thing in a corrupt city (or space station). There’s a wonderful chemistry between Connery and the one person he can trust, the colony’s Doctor played beautifully by Frances Sternhagen, and this tense, atmospheric thriller deserves to be better known.

Best bit: Every scene between Connery and Sternhagen. 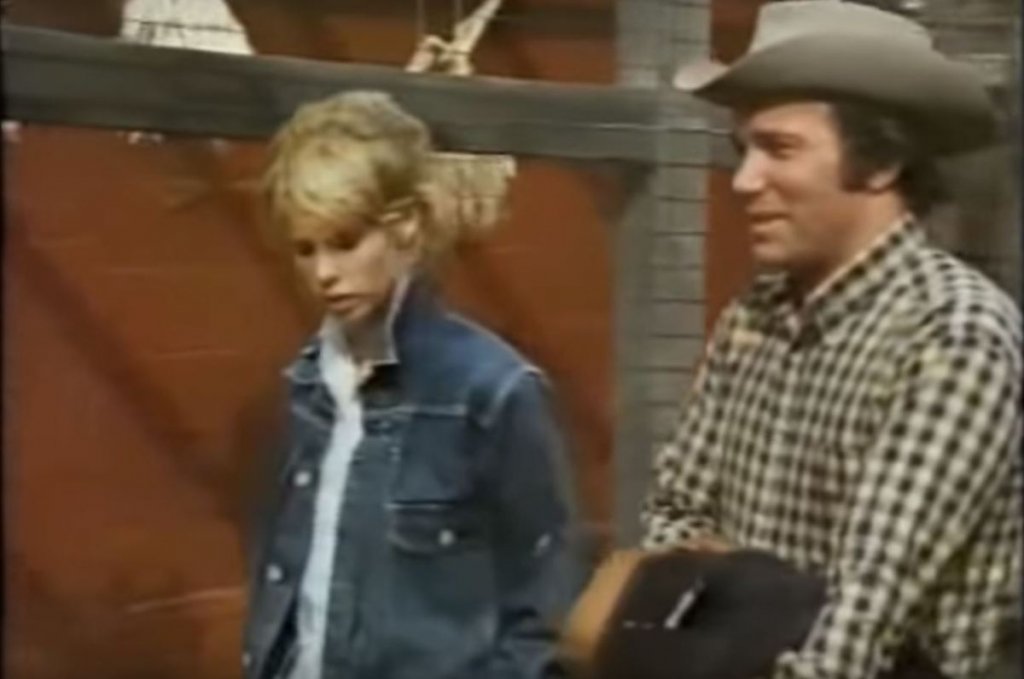 People of a certain age may remember seeing this one late night in the early ‘70s and being haunted by what turned out to be a much better than average made for TV movie. In it, Kim Darby plays a teacher hired by a remote rural community. Cult-like, the inhabitants display no signs of pleasure, shuffling along, with no interest in the outside world. But when Darby follows some children into the woods one day, she sees that lifting their feet off the ground sends them floating into the air. And that’s because they’re stranded aliens… A superior and atmospheric TV movie co-starring William Shatner, this slow, thougthful, character-driven film had a big impact on those who saw it, but just try seeing it today!

Best bit: The first time the children lift their feet off the ground.

Where to Watch: Good question… 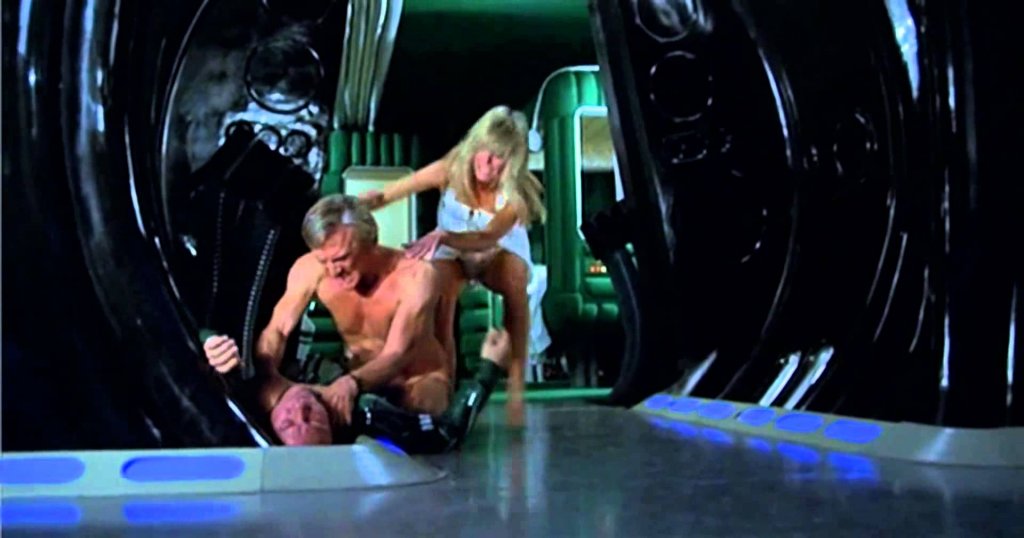 A real oddity, Saturn 3 tells of a couple living in remote bliss on a base in the asteroid fields of Saturn. A sociopathic administrator from Earth arrives with a very threatening 8-foot tall robot, Hector, threatening to disrupt the couple’s perfect existence. In some ways Saturn 3 is a real lost opportunity of a film - dodgy dialogue, odd performances from Farah Fawcett and Kirk Douglas, and a ridiculously dubbed Harvey Keitel (he refused to do post-production dubbing). And yet, within this mess there’s a script by Martin Amis with some great ideas, (can a robot experience love? jealousy?) superb production design with some outstanding sets and, in the menacing Hector, one of the very best robots ever. It’s not a great film by any means but it has just vanished. 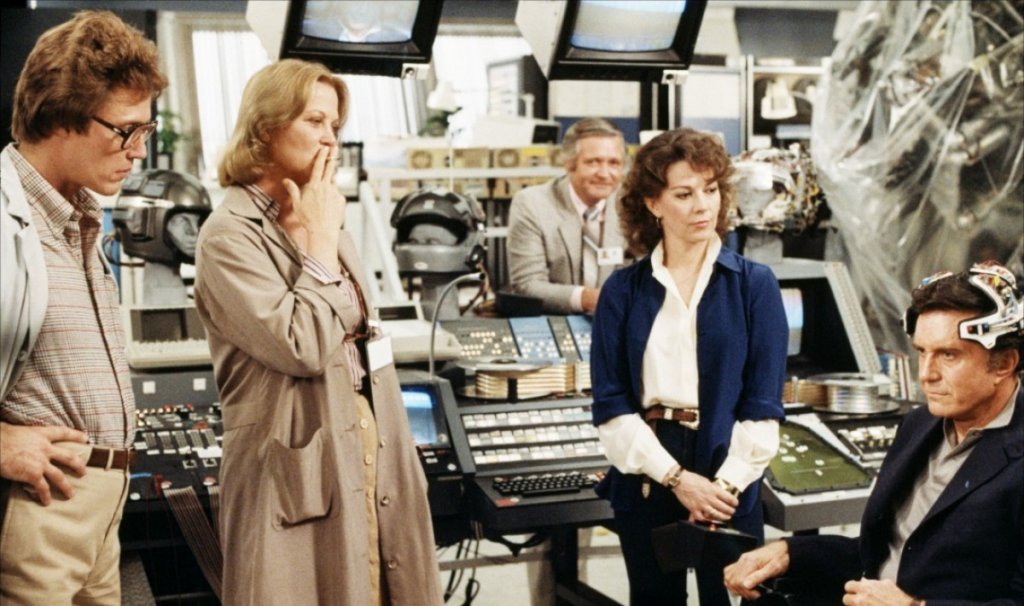 Beset by problems brought about by the tragic death of star Natalie Wood before production had ended, Brainstorm is sfx maestro Douglas Trumbull’s second and, so far, only other full-length film since his debut Silent Running. Like Strange Days, it deals with a world in which the ability to experience the feelings and senses of another person have been developed. On the brink of blowing communication out of the water, one of the chief scientists has a heart attack whilst recorded her mind, and what she experiences after her death gets recorded… A fascinating premise is wonderfully realised by Trumbull and beautifully performed by Wood, Christopher Walken and Louise Fletcher. As you’d expect given the man at the helm, the effects dazzle and there’s a wonderful James Horner soundtrack. Critics said that the film felt unfinished as a result of Wood’s death but now, with distance, it’s hard to know why it isn’t so much more popular. 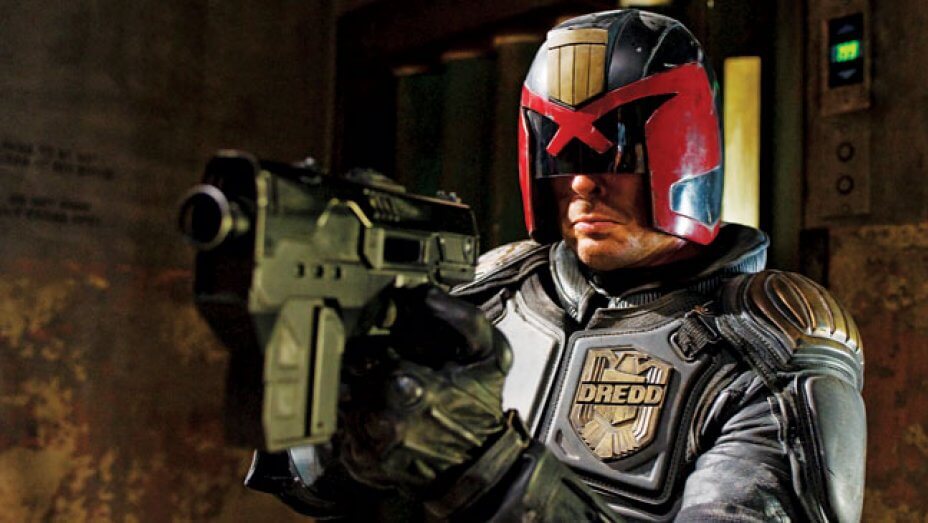 Why did this film flop? Looking at it today, and it’s one of the few films on the list that’s relatively easy to access, Dredd is a superbly rendered view of a future where crime is out of control and law enforcement is somewhat more heavy-handed than it is now. Director Pete Travis created a stunning looking backdrop to the intense action on display, as ‘Judge’ Dredd and his rookie partner have to battle for their lives, and justice, in a drug gang controlled 200-storeys high rise. Their route to the top is breathtakingly realised. The cast gets it pitch-perfect with Game of Thrones star Lena Headey showing that Cersei Lannister wasn’t the only absolute monster in her acting canon. Travis must still be shaking his head in dismay at this film’s lack of popularity.

Like another film which nearly made it to this list, Fire In The Sky, Communion is a tale of alien abduction, in this case, that of the supposedly real-life encounters of author Whitley Streiber (The Hunger, Wolfen). As played by Christopher Walken, the Streiber character is a fascinating role for the actor, who puts in a performance that’s committed and emotionally charged. Director Philip Mora ties in an almost philosophical edge to the narrative too. But, ultimately, like Fire In The Sky, Communion deserves to be seen because of its stunningly odd presentation of what happens when the aliens come a-knocking, the onboard hallucinogenic encounters being not just of the third kind, but the fucking weird too. And whilst Fire In The Sky outdoes Communion in the onboard UFO scenes, this film has an oddness running throughout. 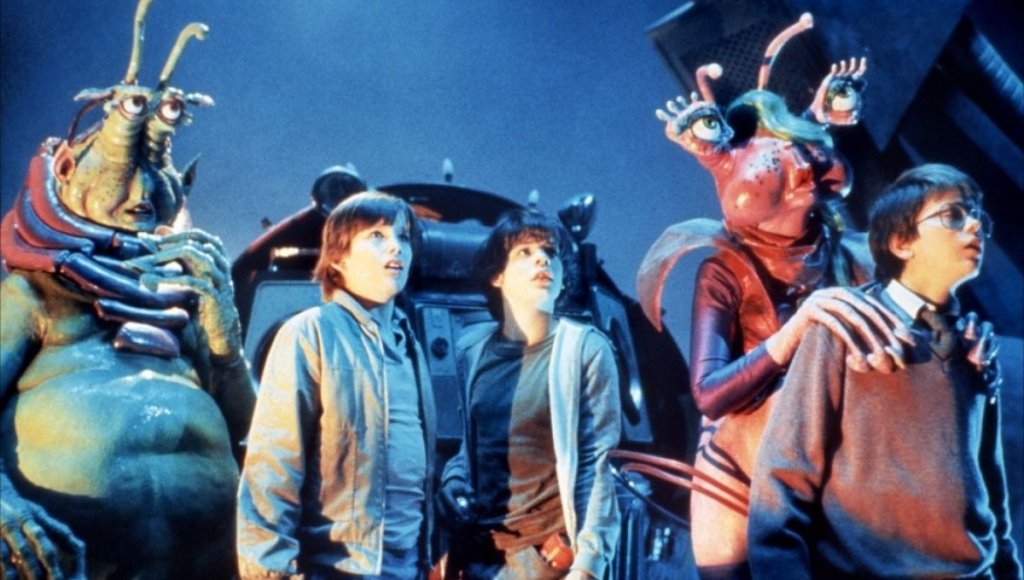 Joe Dante followed up Gremlins with Explorers, as big a flop as Gremlins was a hit. Sharing similar sensibilities to much of Dante’s work, Explorers stars a young River Phoenix and Ethan Hawke as science fiction obsessed kids who find a way of creating a device which will transport them onto an alien craft. So off they go. While Explorers isn’t quite as consistent as Gremlins or Matinee (so underrated) it still has a genuine sense of wonder and playful delight. The boys are tremendous, the Jerry Goldsmith score is wonderful and, once we’re onboard the alien craft, Rob Bottin’s creature effects are superb. The fact that the aliens know of us only through old TV signals means they converse like game show hosts or film stars. Wonderful. It kind of felt nostalgic even back then. Much more so now.