Does the series have a title?

It does, and Lucasfilm is continuing to keep things simple, branding it with the name of its principal character. Hence, Star Wars: Ahsoka.

When will it be released?

While there’s no official premiere date locked in as yet, production official started on April 9th, 2022, following a long pre-production period since the project's announcement on December 10th, 2020. All that considered, it's safe to assume an early-to-mid 2023 release date for Ahsoka. 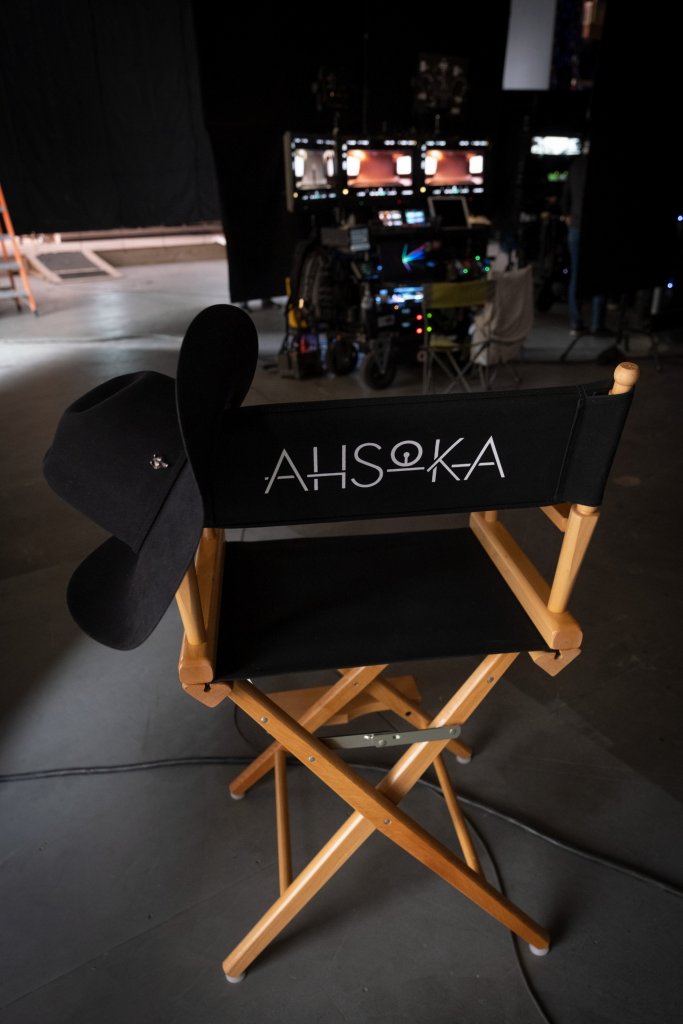 Where can I watch the show?

As with all Star Wars TV content going forward, this too will be available exclusively on Disney+.

What if I don't have a Disney+ subscription?

Perhaps Disney+ will one day follow Netflix’s lead and release their original content on physical media a few years down the line, but with no word on a release for even Season 1 of The Mandalorian, we wouldn’t hold our breaths. Time to accept that we’re all locked into Disney+ for the rest of our lives, folks! Alternatively, find a nice friend with an existing sub and ask them to add you to their account. While Netflix is currently clamping down on password sharing, Disney+ seem to be turning a blind eye (for now), and multiple users can easily be added.

We’re in very good hands: running the show for Lucasfilm are Dave Filoni and Jon Favreau, the core driving Forces behind The Mandalorian itself. As we know, Filoni (who will pen the series) has been instrumental in the evolution of the fan favourite character since her then-controversial debut in The Clone Wars back in 2008, so this will very much be a passion project for him. Revealed to be directing at least one episode of the series is Peter Ramsey. If the name isn't familiar, just know that Ramsey co-directed the spectacular 2018 animated epic Into the Spider-Verse and let any concerns melt away. We're in good hands here! In front of the camera, actor Rosario Dawson will once again be bringing the former Jedi Padawan to life. 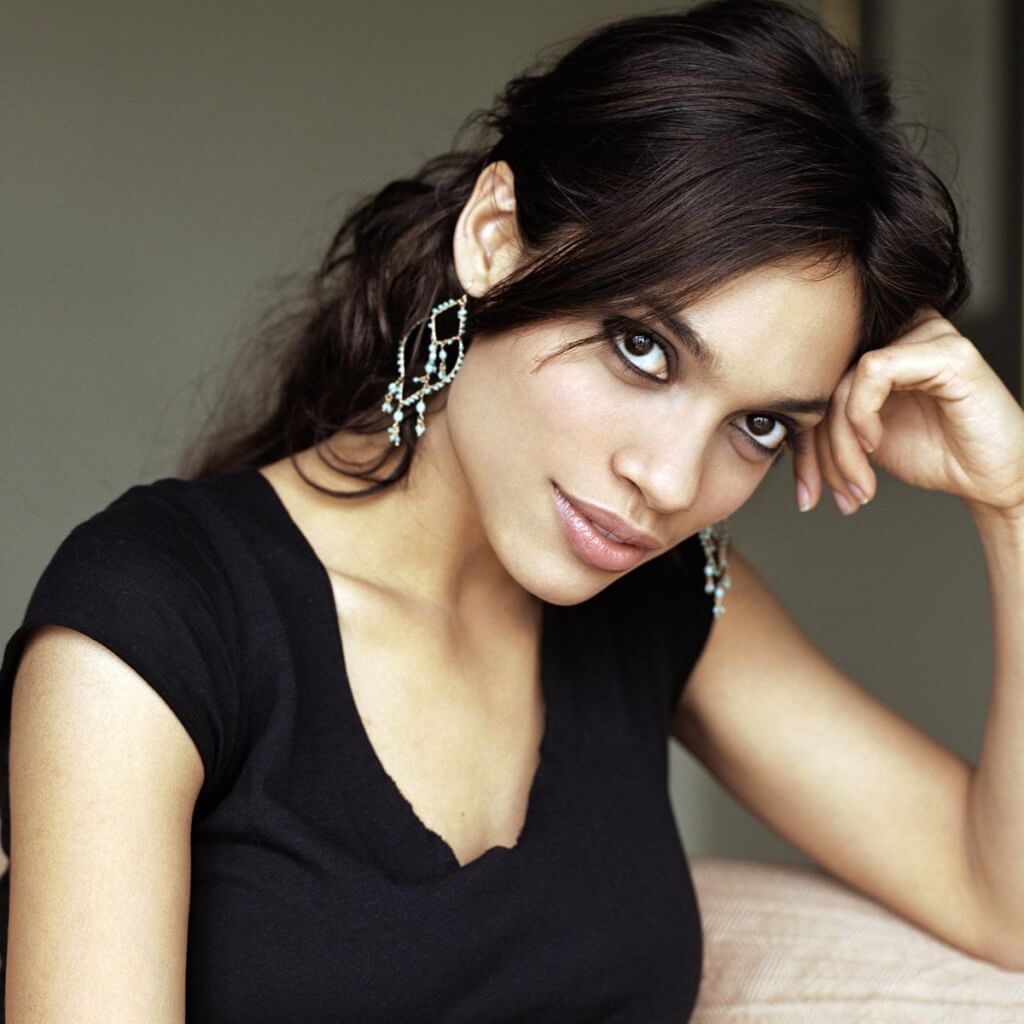 Who will be joining Dawson in the cast?

Hayden Christensen will be reprising Anakin Skywalker and/or Lord Vader. Anakin was Ahsoka's master during the Clone Wars, and she was one of the few people in the galaxy to discover that he became Vader after crossing paths in Star Wars: Rebels. 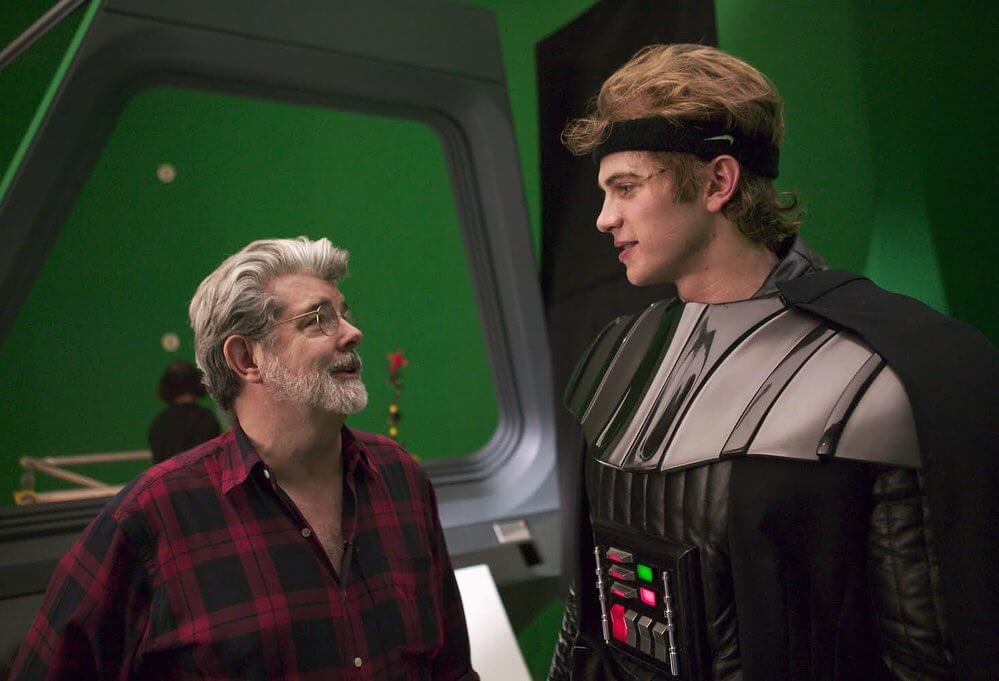 Following Ahsoka in making the jump from animation to live-action will be Sabine Wren, the young Mandalorian warrior / galactic-Banksy. She'll be brought to life by Australian actor Natasha Liu Bordizzo (below), who you might have seen in 2016's Crouching Tiger, Hidden Dragon: Sword of Destiny, or more recently in 2019's Guns Akimbo. 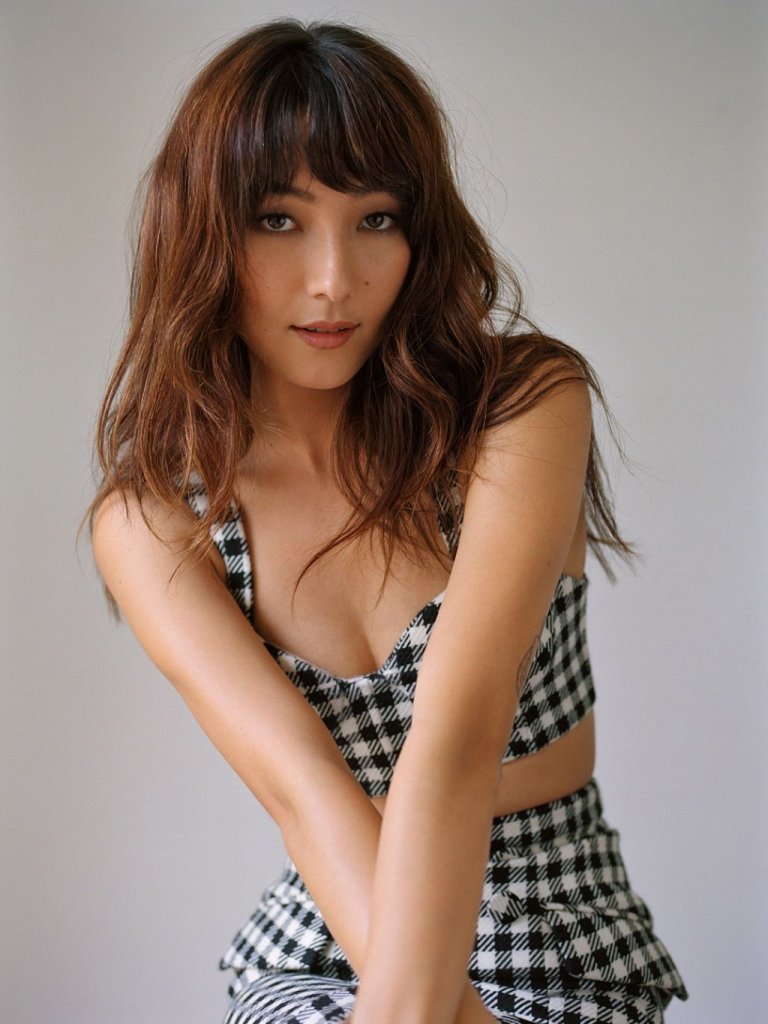 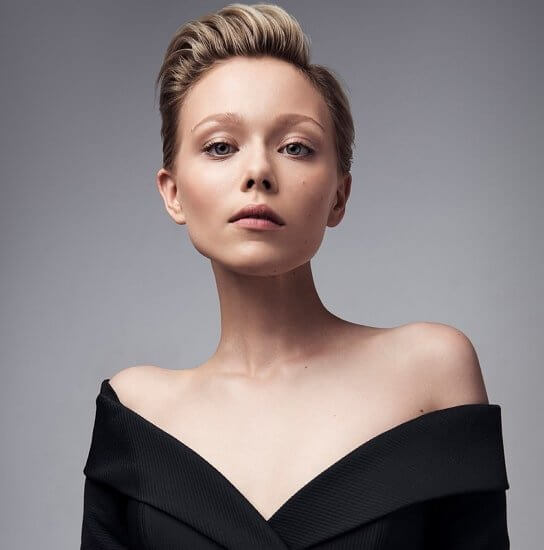 Most recognisable to us for her role in Pacific Rim: Uprising, Ukrainian actor Ivanna Sakhno (above) has also joined the cast , though the character she'll be playing is currently unknown. Similarly, Mary Elizabeth Winstead and Ray Stevenson (below) have both signed on in other mystery roles (though it's likely the latter will be portraying a villain). Winstead is no stranger to genre fare, having starred in a string of fantastic films such as Scott Pilgrim vs the World, Death Proof, 10 Cloverfield Lane, Birds of Prey, and most recently, the Netflix actioner Kate. Stevenson also has plenty of genre cred, with Punisher: War Zone, Black Sails, and Thor under his belt. He's also familiar with the galaxy far, far away, having already voiced Gar Saxon in Star Wars Rebels and The Clone Wars! 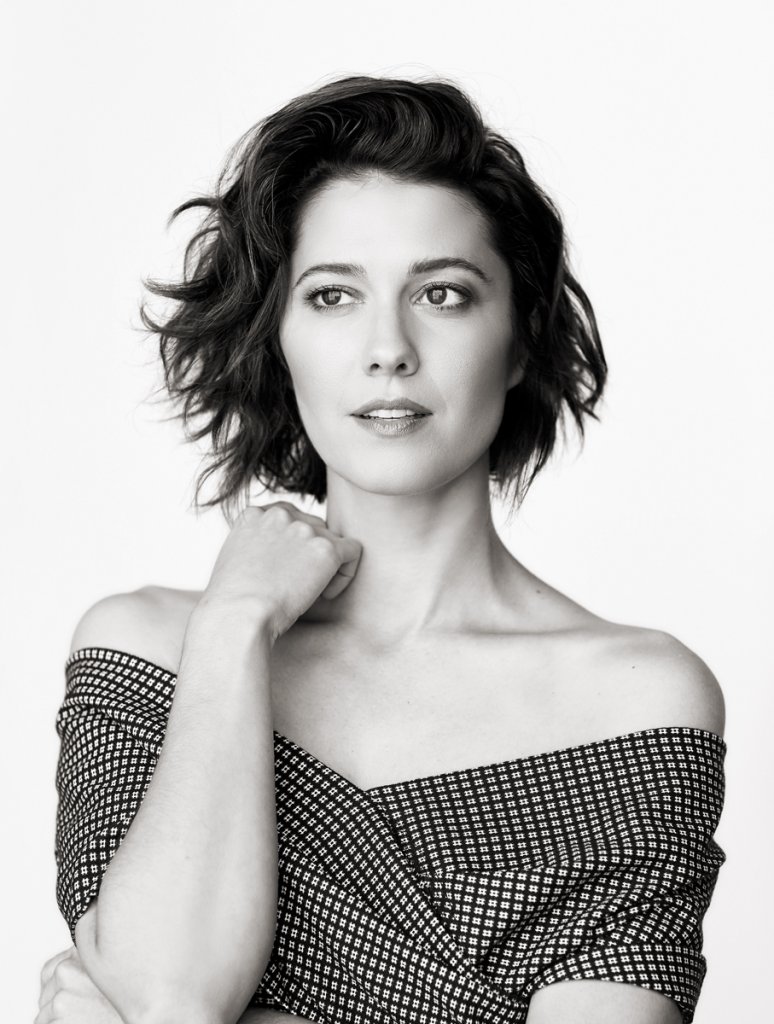 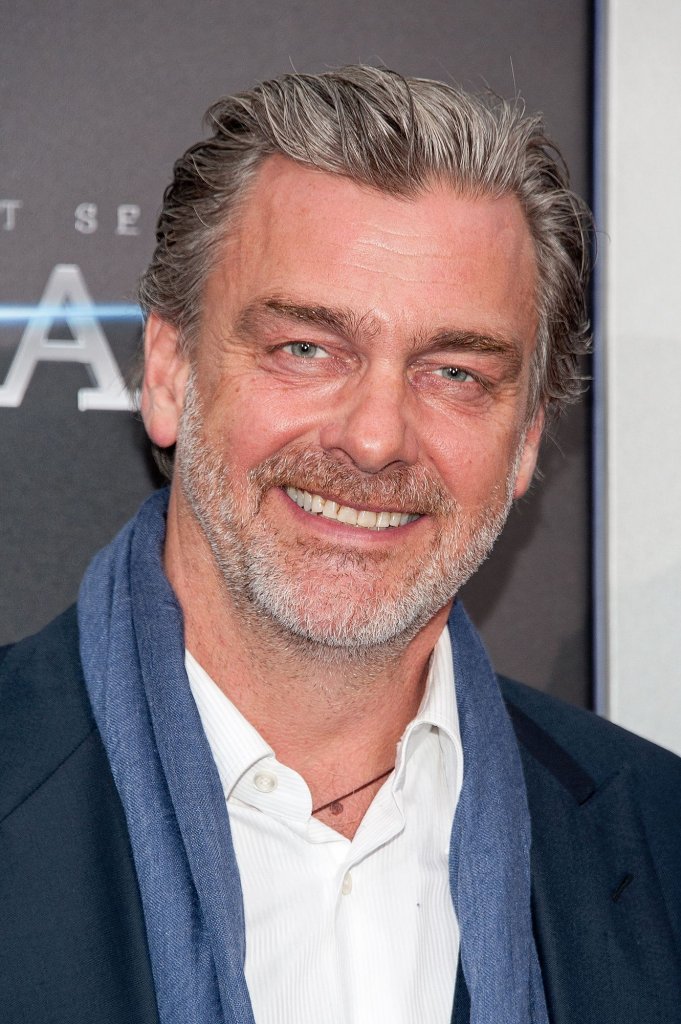 How many episodes will there be?

Too early to say, but Star Wars: Ahsoka is currently pitched as a ‘limited series’. Given how hard Dawson campaigned for the role since 2017, it’s easy to imagine that if the audience is big enough and the fan response is strong, all involved will certainly be up for more adventures. In short, at the very least, six.

When is it set?

With a tentative promise of the series crossing over with The Mandalorian down the line, it will likely take place around the same time as that show, i.e. roughly five or so years after the events seen in Return of the Jedi. However, we wouldn’t rule out some time-hopping…

The official title card for the show (below) clearly hints at the World Between Worlds figuring in somehow. For fans who have seen Ahsoka’s full arc in the animated series Star Wars: Rebels, they’ll be aware that she was introduced to the mysterious realm known as the World Between Worlds when Ezra Bridger plucked her out of time in a pivotal moment, saving her from death in a duel with her former master turned Sith Lord, Anakin Skywalker (better known as Darth Vader). After her brief flirtation with what essentially amounts to time travel, there’s a significant period in her life that has yet to be explored in canon before we ever saw her again. 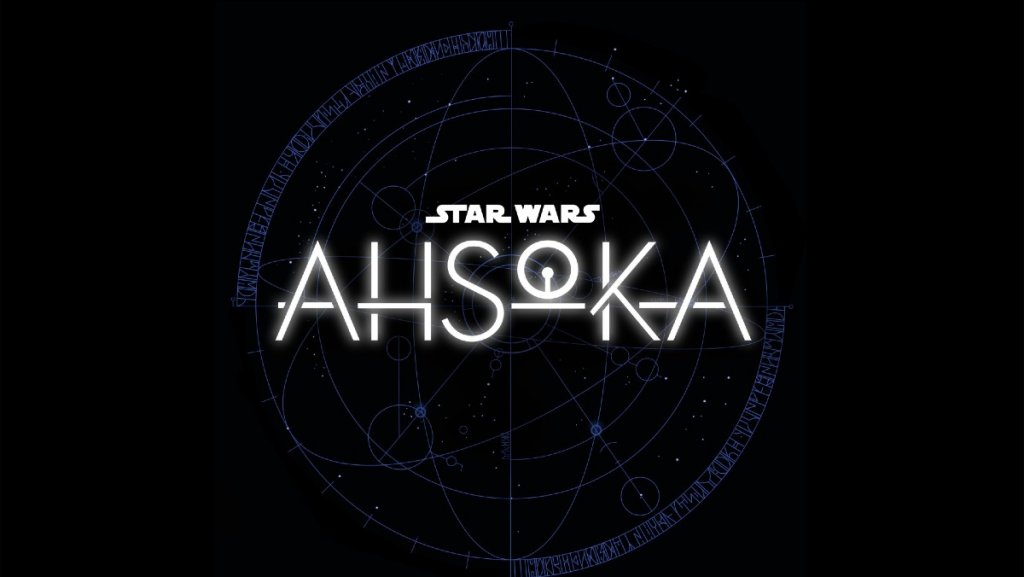 Okay, putting mysterious netherworlds we know little about aside for now, what will the main thrust of the story actually be about?

Most likely the main thrust of the narrative will see her continuing the hunt across the galaxy for the villainous Grand Admiral Thrawn (as set up in Chapter 13 of The Mandalorian, entitled The Jedi). As Star Wars: Rebels fans know, Thrawn was last seen disappearing with Ahsoka’s aforementioned saviour, Ezra Bridger, and in the show’s poetic coda we saw her setting off on a personal mission into the Unkown Regions to find the young Jedi alongside fellow rebel, Sabine Wren. 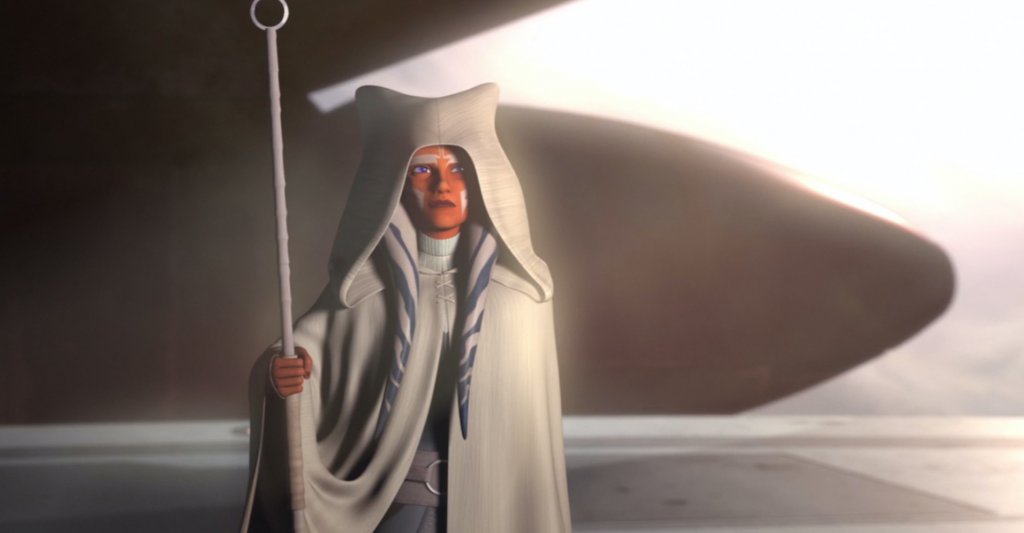 So, is this show set after that Star Wars: Rebels epilogue? When we saw her on The Mandalorian was she already on this quest?

Over to Dave Filoni who, during a chat with Vanity Fair, clarified: “it's possible that the story I'm telling in The Mandalorian actually takes place prior to that. Possible. I'm saying it's possible.”

That’s not helpful at all. So we don’t know?

Asking for a friend, but what if one is not familiar with Ahsoka’s story so far and don’t have enough time to catch up on The Clone Wars and Star Wars: Rebels, is there anywhere online that you can point to that will bring me up to speed?

Funny you should ask - yes there is! Click HERE for our wonderful article on the character’s story so far.

And if my friend can’t be arsed to read all that, do you recommend any videos out there?

Fine. Yes, here’s a nifty vid courtesy of starwars.com that edits all of her Star Wars: Rebels appearances together into one 46-minute mini-movie. Skip ahead to 33-minutes in to see that duel with Darth Vader and all the timey-wimey gubbins we referenced before. It’s wild!

Wowser! Wouldn’t it be cool if we got to see some of that stuff in live-action! With Hayden Christensen confirmed to be reprising Anakin / Darth Vader in the upcoming Obi-Wan Kenobi series, is it possible we might see any of this play out in flashbacks maybe?

Vague and noncommittal, but we appreciate your optimism. There clearly isn’t a lot of information out there yet, if we bookmark this page and check back regularly, will it always be updated with the latest information on the show?

This is the way. 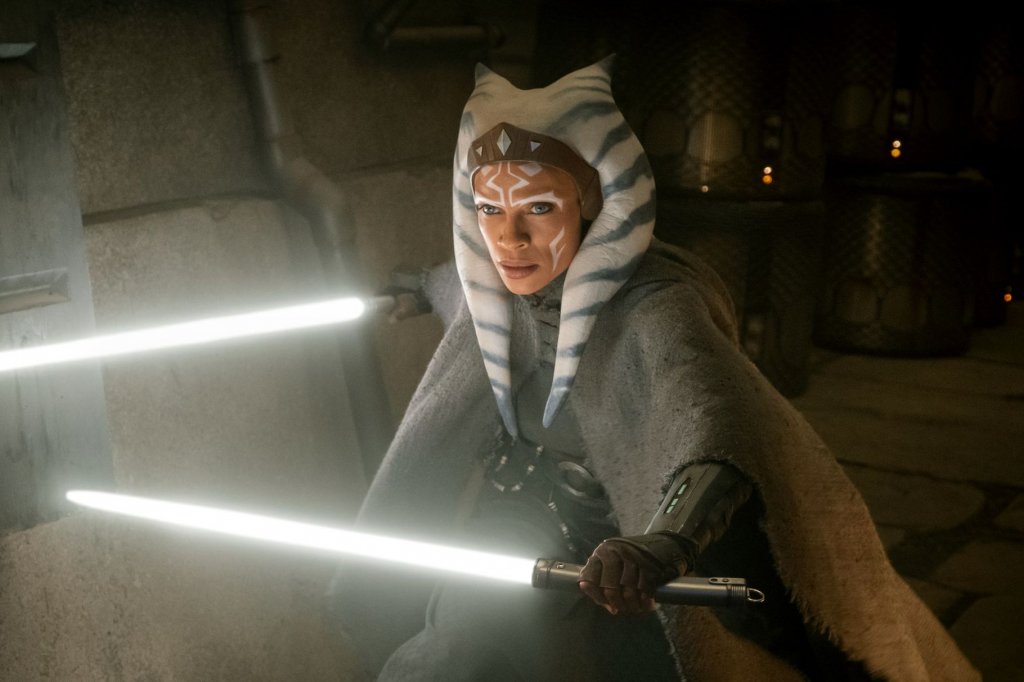 For more details on all the other STAR WARS projects in development at Disney+, click here for our full rundown....

Writer Kris Heys is STARBURST's long-serving Editor-at-Large and can be found wasting an inordinate amount of time talking about Star Wars on Twitter @KrisHeys. You can also get in touch by emailing kris@starburstmagazine.com

The new Doctor Who series continues to trickle out casting news.