The latest release from Demon Records and the BBC is the long lost Doctor Who serial Marco Polo. The William Hartnell-era story will be presented as a narrative TV soundtrack, with all seven parts pressed on four ‘desert sandstorm’ coloured vinyl. A must for any collector, we’re sure you’ll agree!

When the TARDIS breaks down in Central Asia, its occupants are met by the explorer Marco Polo. The year is 1289, and Marco is crossing the Gobi desert to Peking, for an audience with the emperor Kublai Khan. Marco sets his mind on offering the TARDIS as a gift to the Khan, despite the Doctor’s protests. The time travellers must endure a long journey, fraught with danger, as they join Marco’s caravan in the company of the treacherous warlord, Tegana. Can the Doctor ever win back his magical blue box?

Presented across 4 x 140g vinyl, with an etched TARDIS Side B, this 1964 TV soundtrack – no episodes of which survive as film recordings - is narrated by William Russell, who co-stars with Jacqueline Hill and Carole Ann Ford as the Doctor’s companions Ian, Barbara and Susan. Mark Eden co-stars as Marco Polo himself, with Derren Nesbitt and Zienia Merton among the supporting cast. Incidental music is composed by Tristram Cary, and the familiar strains of the Doctor Who theme are courtesy of the BBC Radiophonic Workshop.

The coloured vinyl LPs are presented in fully illustrated sleeves which, when assembled together, form the cover image. Original episode billings, and full cast and credits, are also supplied.

You can pre-order the album here. 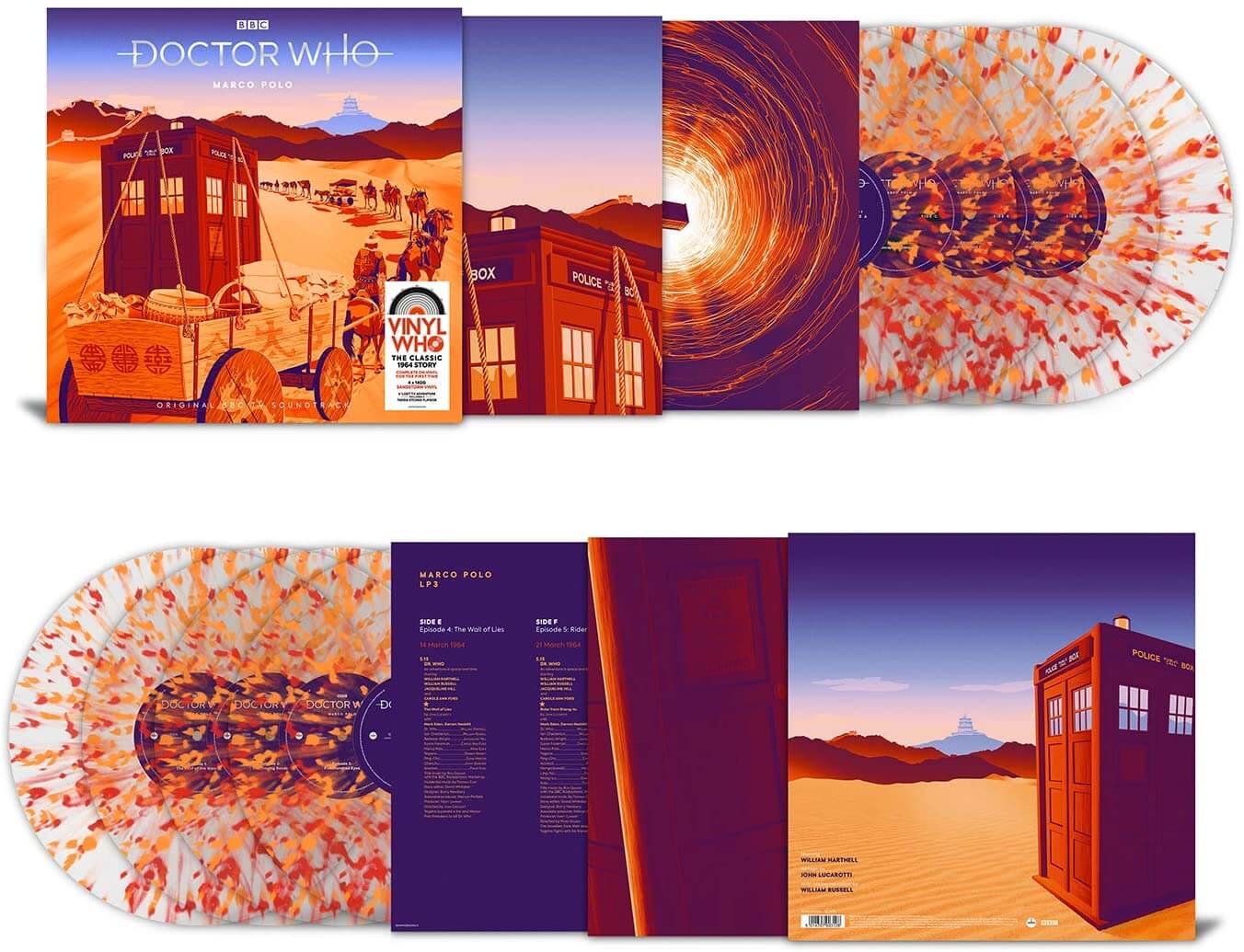 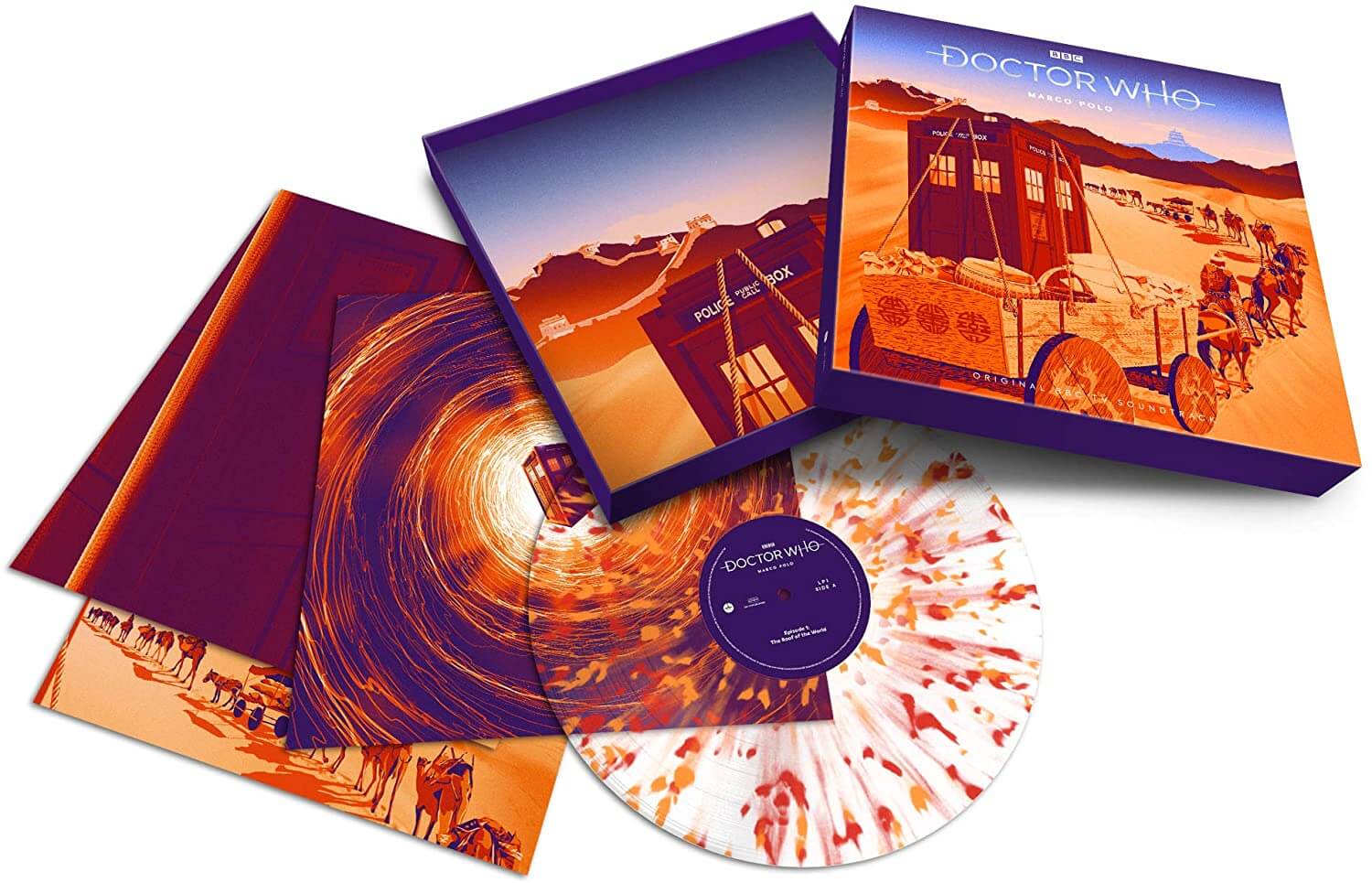