The fabulous folk at Demon Records have announced the latest in the Vault of Horror series - a triple disc release of Lucio Fulci’s Gates of Hell Trilogy!

The two previous releases - reviewed here and here - were brilliant and this three-disc set looks to be another winner. It comprises of the soundtracks to former video nasties City of the Living Dead, The Beyond (both scored by Fabio Frizzi), and The House by the Cemetery (Walter Rizzati and Alessandro Blonksteiner).

Pressed on ‘nasty’ coloured vinyl, they will come in a lavish book packaging (similar to the recent Hitchhiker’s Guide releases) with liner notes by Alan Jones and stunning artwork once more by Graham Humphreys.

You can pre-order the album now for a November 29th release. 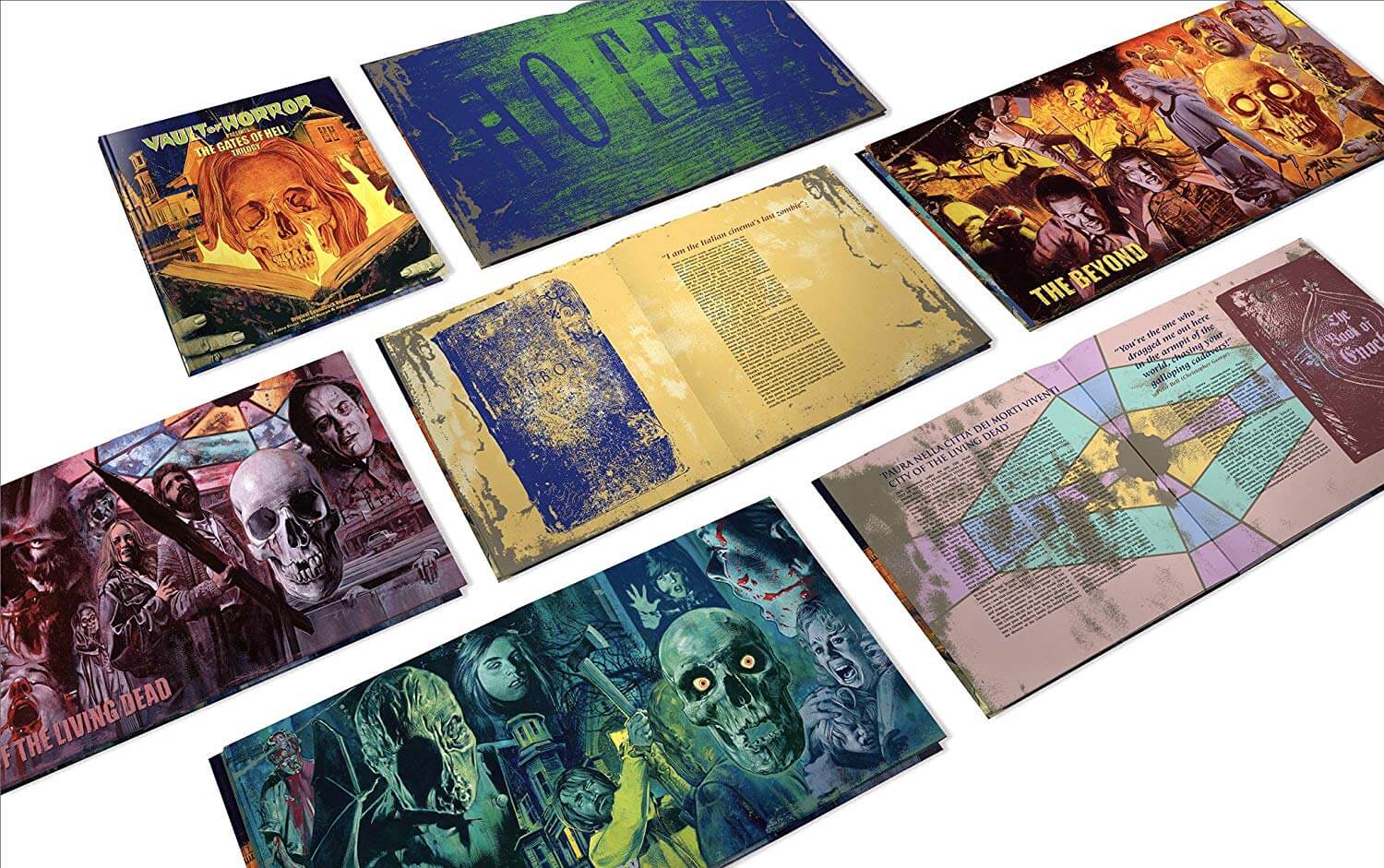