Horror Channel has announced their March season and it’s something that will really get your skin crawling as they screen four classic Creature Features!

It all kicks off on March 6th with the ever-popular Tremors (1990) starring Kevin Bacon and Fred Ward, then continues with the UK TV Premiere of the spider-god shocker Itsy Bitsy (2018) on March 13th. There’s another UK TV first on March 20th when the video game adaptation It Came From the Desert (2012) debuts, while on March 27th, things get slithery as Jon Voight and Jennifer Lopez get under the grip of Anaconda (1997).

You can catch the Creature Feature season by tuning into Horror Channel via Sky 317, Virgin 149, Freeview 70, Freesat 138. For more information, head over to http://www.horrorchannel.co.uk/. 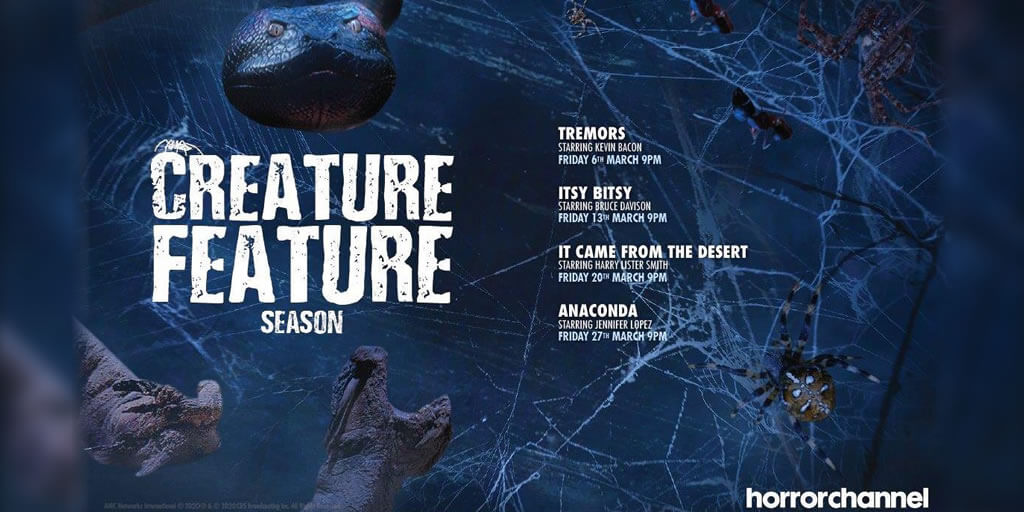 In some fun news for fans of those Heroes in a Half-Shell, a new Teenage ...

While we’ve heard how a Pirates of the Caribbean reboot was in the works, ...