Just one more month until Netflix's live-action Cowboy Bebop series premieres! In anticipation, the streamer has dropped a short teaser that sees stars John Cho (sporting the most incredible head of hair), Mustafa Shakir and Daniella Pineda in their respective roles as Spike Spiegel, Jet Black, and Faye Valentine.

Based on Shinichirō Watanabe’s 1998 cult anime series, Cowboy Bebop follows a ragtag group of bounty hunters, as they hunt down the galaxy’s most dangerous criminals. 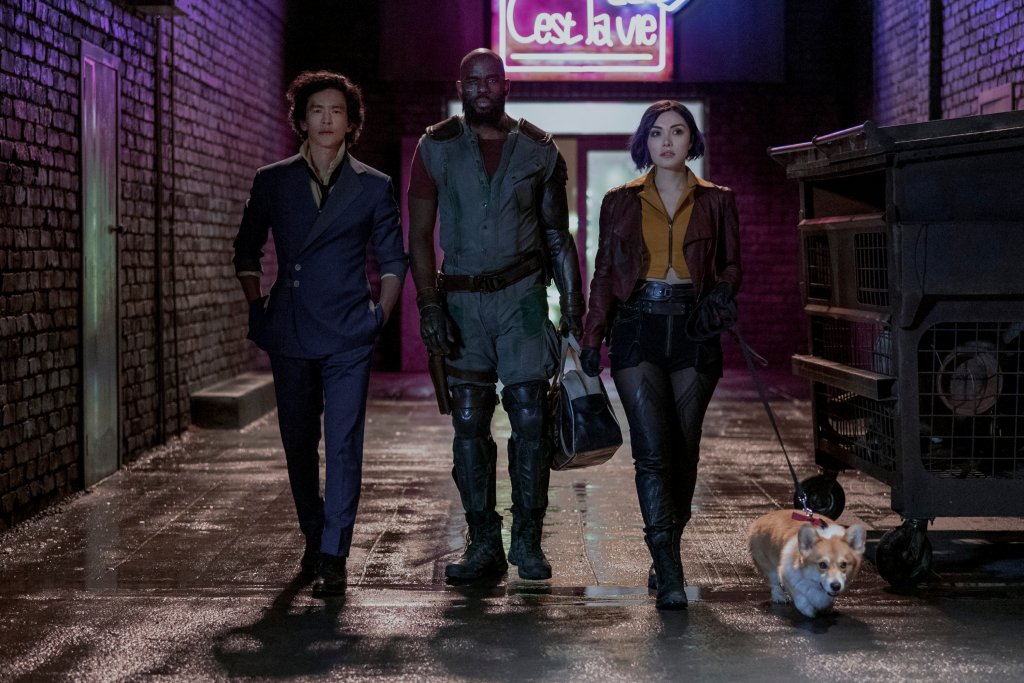 Spike is a bounty hunter born on Mars with a history of violent gang activities with the Red Dragon Syndicate. He is joined by Jet, an ex-cop and jack-of-all-trades with a cybernetic arm, who is also captain of the Bebop. Faye, meanwhile, is an amnesiac con artist with significant gambling debt who spent 54 years in suspended animation after a space shuttle accident. Alex Hassell also plays Vicious, Spike's sworn enemy, who is seen briefly in Netflix's teaser.

The delightful, action-packed teaser sees the team kicking ass and hopping through comic panels to different locations, chasing bounties throughout the solar system. Complete with a campy, '70s vibe that seems pulled from the original animation, and Exploitation-type cheesiness, this is bound to get old and new fans alike excited for this reboot.

Cowboy Bebop is set to debut on Netflix November 19th. The series will consist of ten hour-long episodes. Check out the teaser below: