One of our absolute favourite comic book titles of the past several years is The Atomic Victory Squad.

From WolfCop creator Lowell Dean, AVS has proven to be a phenomenal read for its four-issue run so far – and now there’s the cover reveal for the fifth and final issue of this run for Dean’s ragtag team. 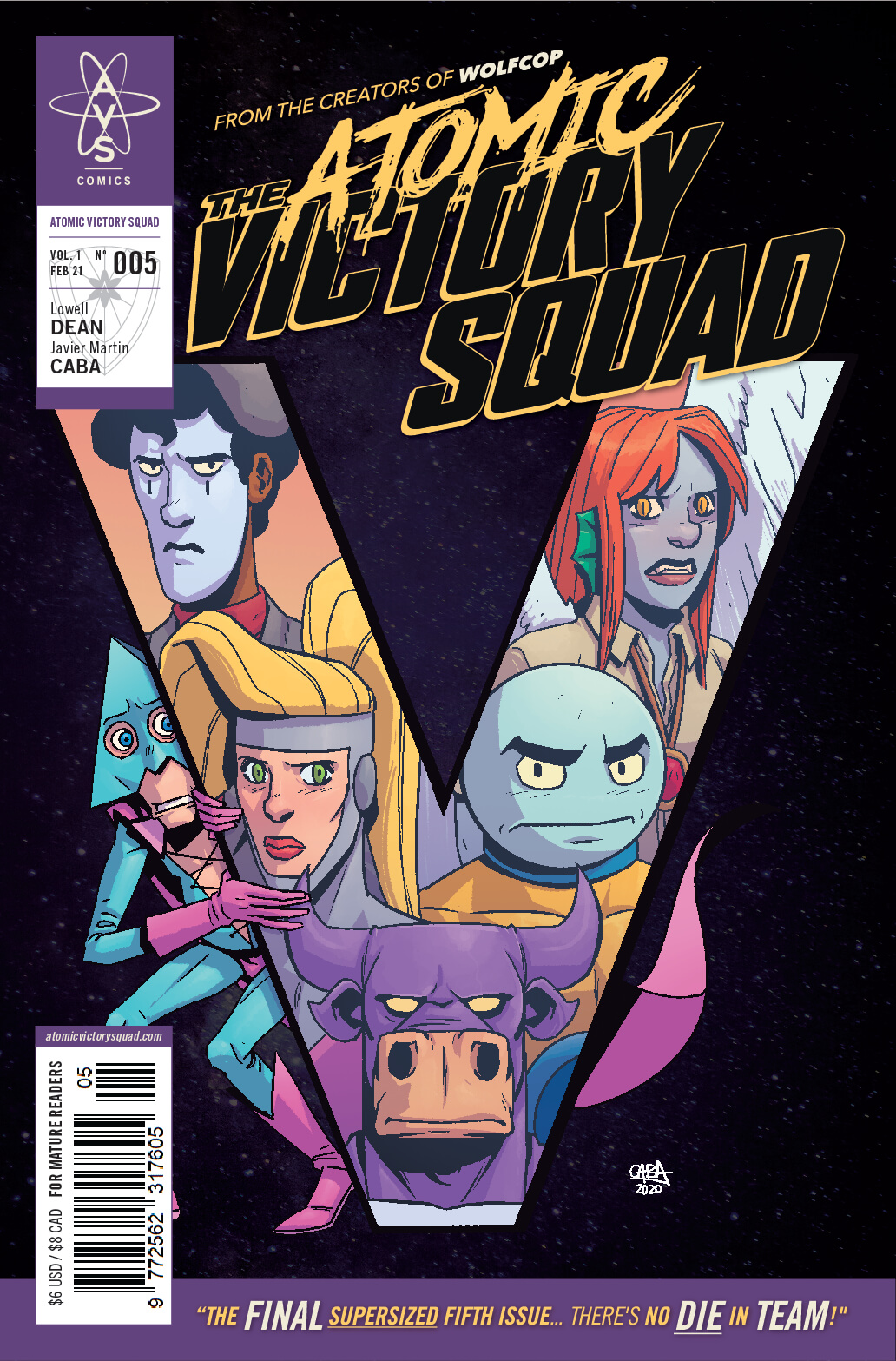 A thing of beauty from artist Javier Martin Caba, right?

The official press release on The Atomic Victory Squad #5 reads:

The Atomic Victory Squad returns for a fifth supersized issue! The origin story concludes with big reveals, friends becoming foes, an epic battle… and DEATH. With their archenemy finally revealed, can these oddball superheroes finally pull it together, put aside their differences and work as a team? Or will evil tear them apart? And what about Triangle Master, will he finally serve some kind of purpose? ANY purpose?

Those answers - and much, much more - in chapter five of The Atomic Victory Squad, from the same creative team behind the first four issues.

To pre-order AVS#5, head to IndieGogo. And for those looking to catch up on the previous four-issue antics of this tale, be sure to take a trip to ComiXology.

All four issues of The Atomic Victory Squad have been great so far, but given how AVS#4 was the best of the bunch, anticipation is certainly high as to what Dean, Caba and Co. can bring to the table to give this fascinating team a fitting send-off.

Well, at least for now, for here's hoping Invincibull, She-Girl, Bubble Myers, Zoozanna, Gary the Mine, and Triangle Master get to partake in further adventures once this five-issue run draws to a close.