We have a bit of treat for everyone this Friday. A cover reveal of the novel Plutoshine, a  Lucy Kissick.

The plot involves a mysterious accident on Pluto has left one girl mute, her father comatose, and her brother damaged and altered. But their barren world is changing around them, and secrets can't be kept forever...

Sounds amazing to us.

Dr Lucy Kissick has a PhD in planetary geochemistry from the University of Oxford and now lives in Cumbria, UK, as a nuclear scientist. Plutoshine is her first novel and in 2019 won the inaugural Bloomsbury Writers & Artists Working-Class Writers' Prize. 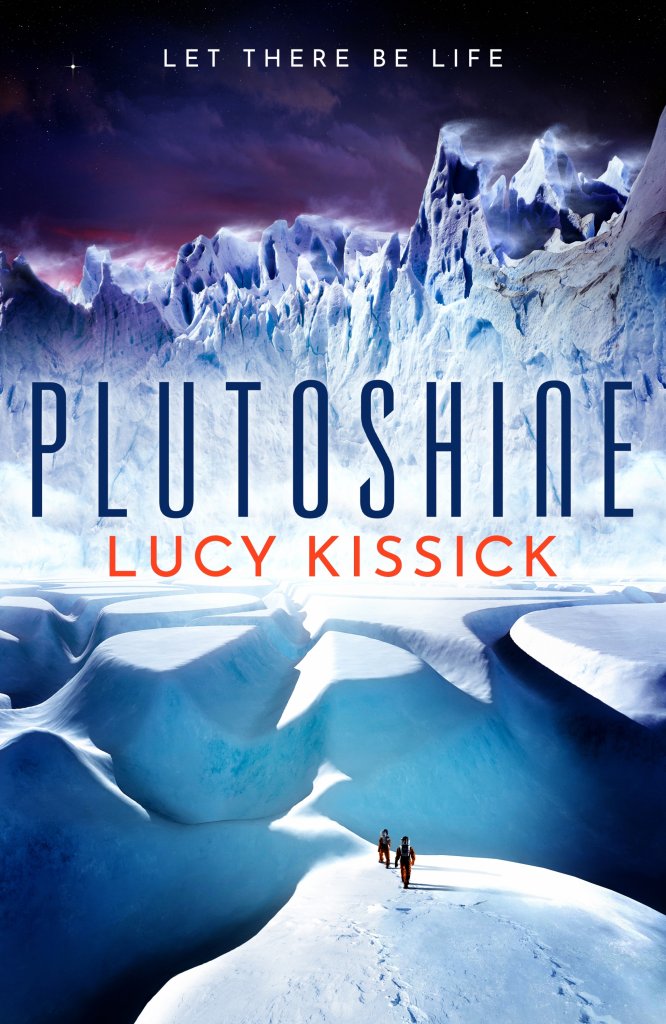 Terraforming - the megascale-engineering of a planet's surface to one more Earth-like - is now commonplace across the Solar System, and Pluto's is set to be the most ambitious transformation yet. Four billion miles from the Sun and two hundred degrees below zero, what this worldlet needs is light and heat. Through captured asteroids and solar mirrors, humanity's finest scientists and engineers are set to deliver them.

What nobody factored in was a saboteur - but who, and why?

From the start, terraformer Lucian is intrigued by nine-year-old Nou, silent since a horrifying incident that shook the base and upended her family into chaos. If he could reach her, perhaps he could understand what happened that day - and what she knows about the secrets of Pluto.

Nou possesses unspoken knowledge that could put a stop to the terraforming. Gripped by her fears, unable to trust her family, there is no one she can talk to. Only through Lucian's gentle friendship will she start to rediscover her voice - and what she has to say could transform our understanding of the Universe.

Paramount To Adapt The CHILDREN OF BL...

THE DISPATCHER Being Adapted As TV Se...

The ongoing Zachary Quinto-narrated The Dispatcher, which began life as an ...