Following the success of the Universal Monsters season, Horror Channel will be celebrating the golden age of science fiction B-movies with the Classic Sci-Fi Weekend in April.

The amazing line-up starts on Saturday April 11th at 14.00 with The Thing from Another World (1951), famously remade by John Carpenter in the eighties, this is the original and is unmissable! At 15.45, there’s the channel premiere of It Came From Beneath the Sea (1955), whichis followed at 17.20 by the brilliant This Island Earth (1955), featuring the famous Metaluna mutant! Saturday’s line-up is rounded out with the channel premiere of Earth vs. the Flying Saucers (1956), which features more of Ray Harryhausen’s awesome effects.

On Sunday April 12th, you can catch the channel premieres of the beloved (for all the wrong reasons) The Giant Claw (1957), the astounding The Incredible Shrinking Man (1957), and 20 Million Miles to Earth (1957), with more Harryhausen visual delights. The weekend celebration concludes with Journey to the Far Side of the Sun (1969), a rare live-action outing for Gerry and Sylvia Anderson (Thunderbirds) 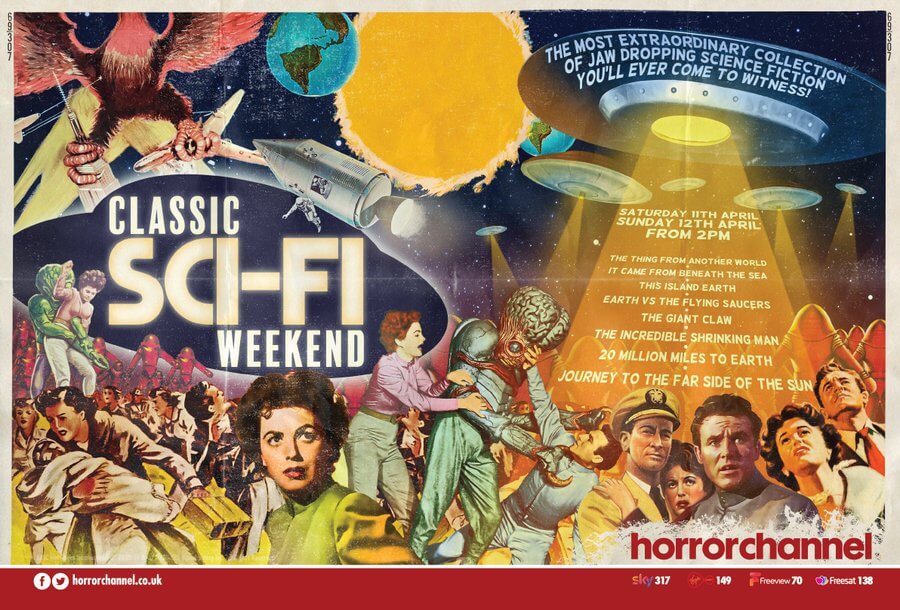