The line-up of screenings for The Black Sunday Film Festival has been revealed. The event returns to the Whirled Cinema, Brixton, for three full days of genre madness between Friday October 25th and Sunday 27th.

This year’s festival will open with the UK Premiere of Lisa Ovies’ beautifully layered comedic slasher Puppet Killer, featuring a powerful ensemble cast including Aleks Paunovic (War For the Planet of The Apes, iZombie), Richard Harmon (The 100, Bates Motel), Lee Majdoub (The 100, Supernatural), Lisa Durupt (Murder She Baked), Kyle Cassie (Deadpool), and Gigi Saul Guerrero (Culture Shock, El Gigante).  Joining Puppet Killer on the Friday are three incredible short films. First, horror-comedy Dead Air from director Geoff Harmer (having its London Premiere), followed by the brilliant On Air from director Bastiaan Rook. Next up is the award-winning animated horror-comedy Literally Hell from director Robert Poller, before Puppet Killer takes centre stage. Friday will then descend into the early hours of Saturday morning with the Black Sunday Film Festival opening night party rocking the Whirled to 2.00am.

Sponsored by STARBURST and Arrow Video, The Black Sunday Film Festival promises to be the perfect weekend to indulge in some truly awesome genre cinema, with the most diehard genre community in the world and plenty of filmmakers in attendance. And with such a mouth-watering line-up, they guarantee you’ll never be the same again!

Tickets are on sale now, so grab yourself a day pass or weekend pass while you can. This is one event you do not want to miss! 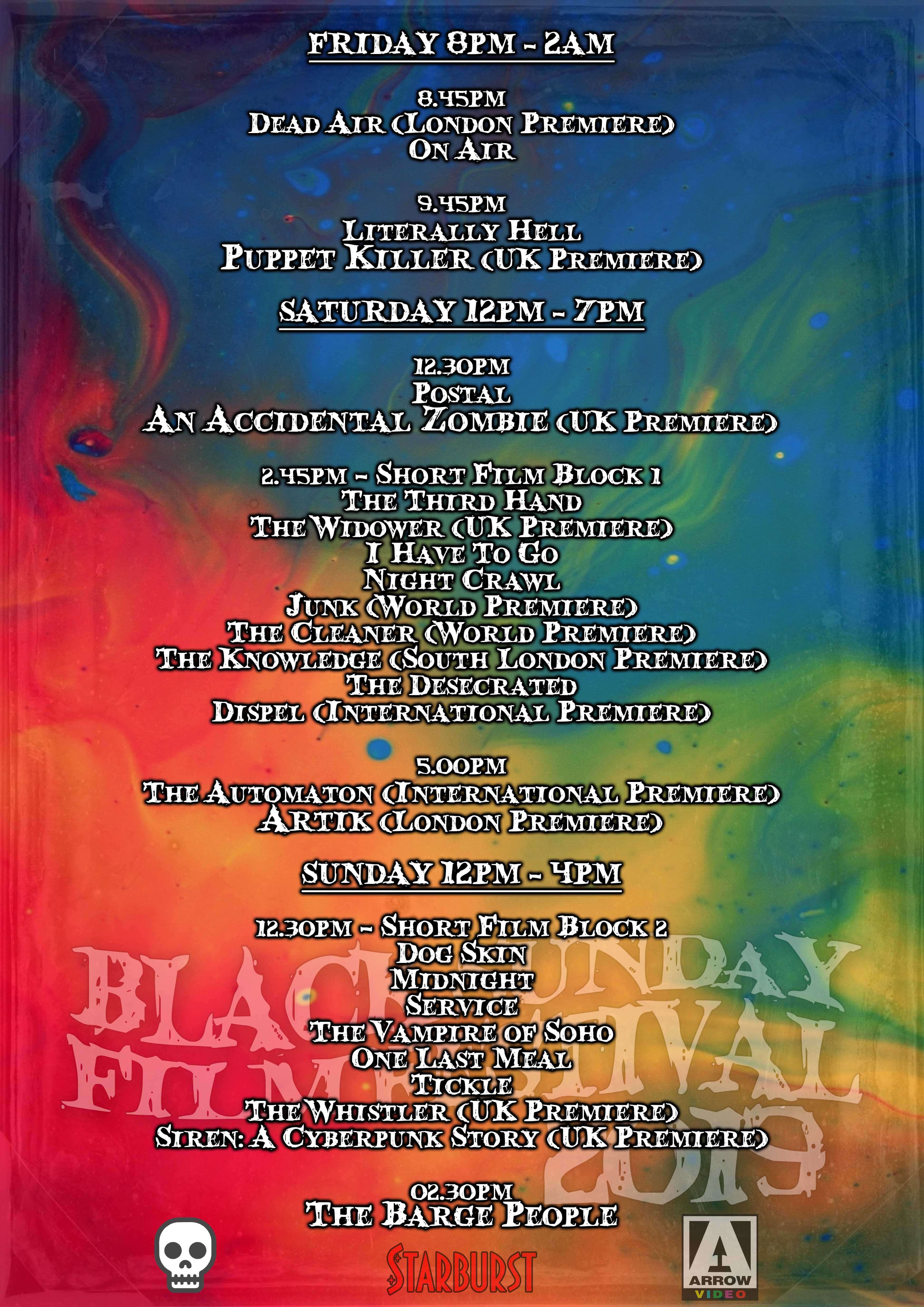