The line-up for this year’s Arrow Video FrightFest has been revealed. Due to the ongoing situation, the festival will take place online this year, but that won’t take away from the great array of features being presented. The digital edition will feature 25 films, which includes 7 world premieres and 16 UK premieres.

The festival kicks off on Thursday, August 29th with a special horror quiz, hosted by Mike Muncer of the Evolution of Horror podcast. This is followed by the UK premiere of Sky Sharks - Nazi zombies on airborne sharks - what’s not to love? The rest of the line-up is as follows:

Sunday: Jesse O’Brien’s hilarious Two Heads Creek / Aquaslash, directed by Renaud Gauthier / Armando Fonseca’s Skull: The Mask / Hail to the Deadites, Steve Villeneuve’s documentary about the fans of Sam Raimi’s Evil Dead / Francesco Giannini’s Hall / Horror in Lockdown - a panel hosted by Rosie Fletcher, who will be chatting to special guests about how the horror genre has been affected by the Covid-19 pandemic / Clapboard Jungle: Surviving The Independent Film Business is a documentary about indie filmmaking by Justin McConnell / Adam Stovall’s A Ghost Waits.

The short film showcases will be announced at a later date. There will be plenty of guests and director introductions and some Q&As too to give you the true FrightFest feeling.

Festival co-director Alan Jones said of this year’s event: “We will desperately miss seeing all of you in person this August Bank Holiday but are looking forward to our virtual connection where we can say hello to the best family in the world, the FrightFest community. And if you’ve never experienced a FrightFest before, and have always yearned to join in with the fear, fun and fabulousness now is your chance to find out what you’ve been missing for 21 years.”

The films will be streaming from August 27th - 31st. Passes go on sale on August 1st - for more information and to buy tickets, head over to www.frightfest.co.uk. 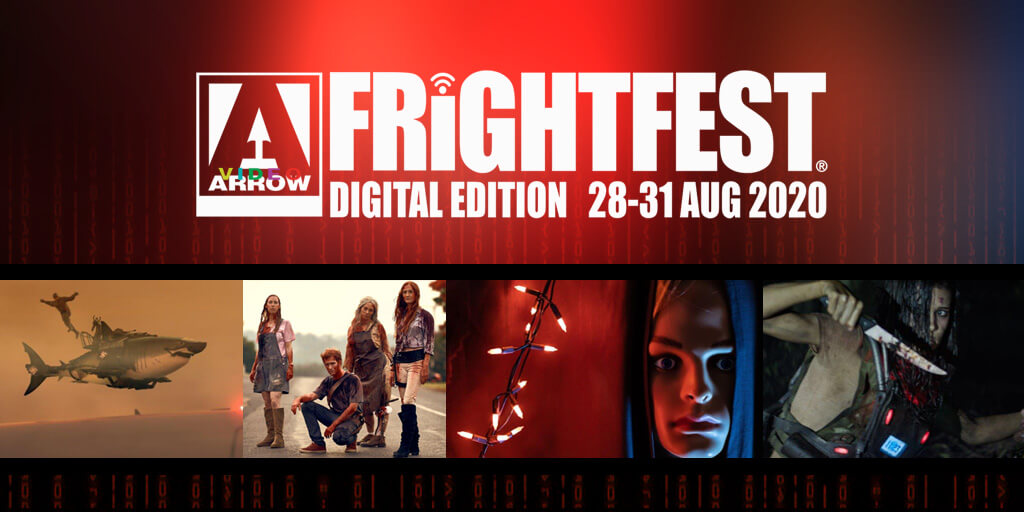 Following the continued restrictions due to the COVID-19 pandemic, Arrow ...