Ginger Gonzaga is Nikki Ramos in Disney+'s latest Marvel series, She-Hulk: Attorney at Law. The actress and comedian plays opposite Tatiana Maslany as Jennifer Walters/She-Hulk's best friend, colleague, and bona fide sidekick, bringing much of the laughter and warmth to an already hilarious series.  STARBURST spoke with Gonzaga ahead of the She-Hulk series premiere, discussing female friendships, making the character her own, and her place in the future of the MCU.

STARBURST: What most interested you about the role of Nikki?

Ginger Gonzaga: Well, a couple of things: I love that she has a genuine friendship with, and love for, her friend. I want to show genuine, female, adult friendships on camera, friends that feel like family and have ups and downs. But I also love that she was so much of the comedic relief, and I feel like there's been a lot of male characters who have been allowed that reckless, fun role. I wanted to do that. That's what's fun for me. I wanted to put my flavour on what comedic relief can be. 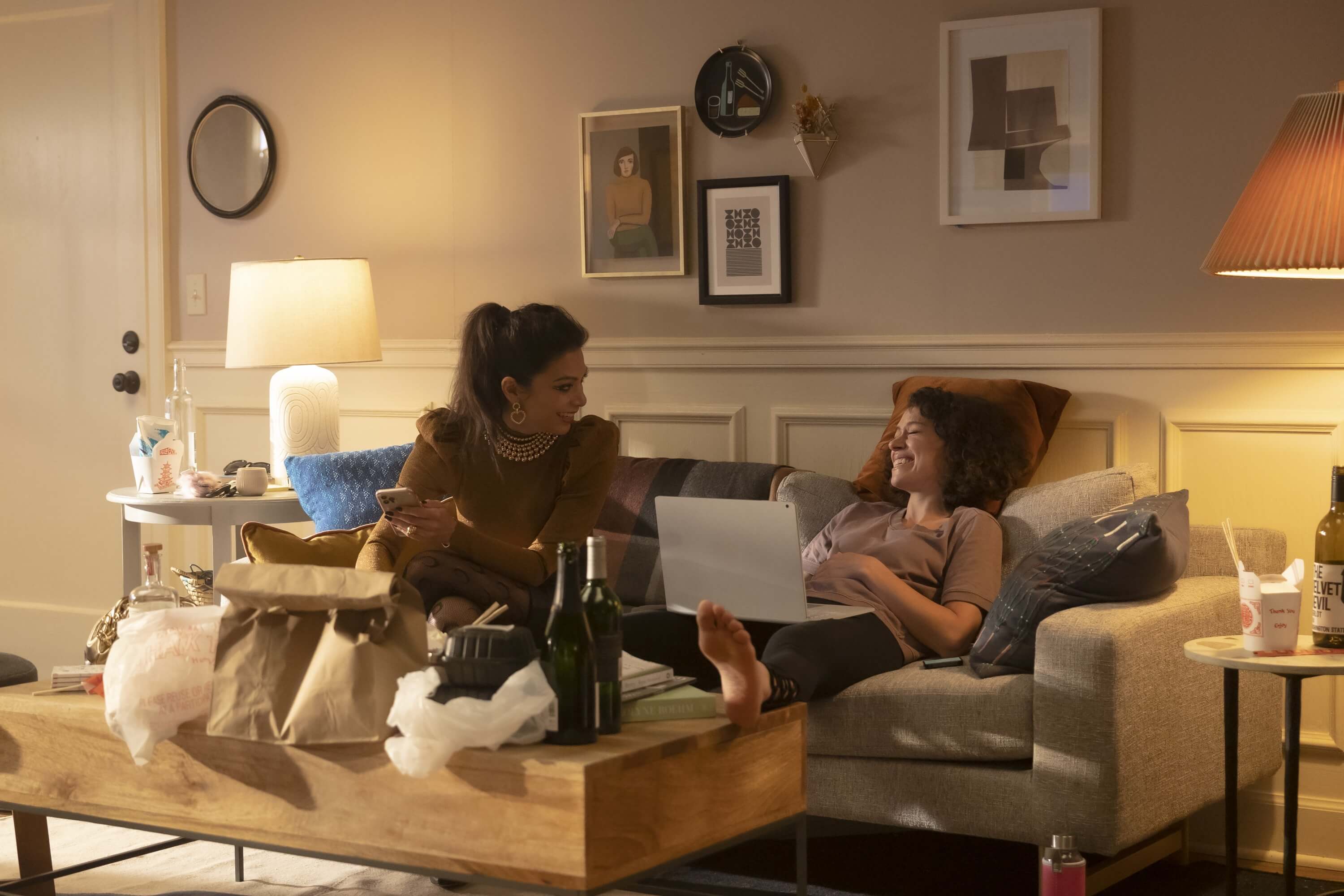 Absolutely! And how did you feel about the fact that Nikki wasn't based on a character from the comics? Was that perhaps a little disappointing, or did you find it freeing, being able to make her your own?

It ended up being an honour! When you audition for these Marvel shows, you don't know what you're auditioning for. You're scouring the audition lines, like some paranoid person trying to get to the bottom of something or an insecure girlfriend deciphering her boyfriend's texts [laughs]. So, I had these lines to read, but I also improvised a lot of my audition – and then because I did that, they kind of created Nikki for me. They wrote the role based on what I was doing, which was an honour. I remember hearing that – Kevin Feige told me when I met him for the first time, he was like, "so you're Nikki! We made this for you". And I just couldn't believe that. I played her a little weirder and different, which was very special. I also get to infuse a lot of what I wanted her to be into the show. Marvel did give us a lot of freedom, so it was great.

It must have been great participating in the character's creation, especially given your comedy background and Nikki's role providing much of the comic relief.

Yeah! It was a character that Jessica Gao had written, but once I'd auditioned, they kept adjusting it to be more like that. And Jessica is so smart, and she gets people very quickly; she sees what they're doing and knows how to write for them. It was so much fun.

You touched on it in the beginning, but it's true that in the MCU, we rarely get to see female friendships – especially between a hero and a 'civilian' if you will. Can you tell me more about Nikki and Jennifer's friendship?

[Laughs] Right, I know. What's funny is that we started as civilian friends, and then it's almost like all of a sudden, my friend became a celebrity, and I'm her plus one and getting all the benefits. It was really important to Tatiana and me to continue to show friends who really love each other and women who support each other, have flaws, make fun of one another, and have their own friendship love language. Nikki likes to make Jennifer laugh; my goal in every scene is to make Jennifer not so serious, for her to be free and a little more reckless. Then Jen is my friend who reminds me to, "yo, maybe obey some laws of the land!". It's a wonderful dynamic, and I always want to see really emotionally evolved women. 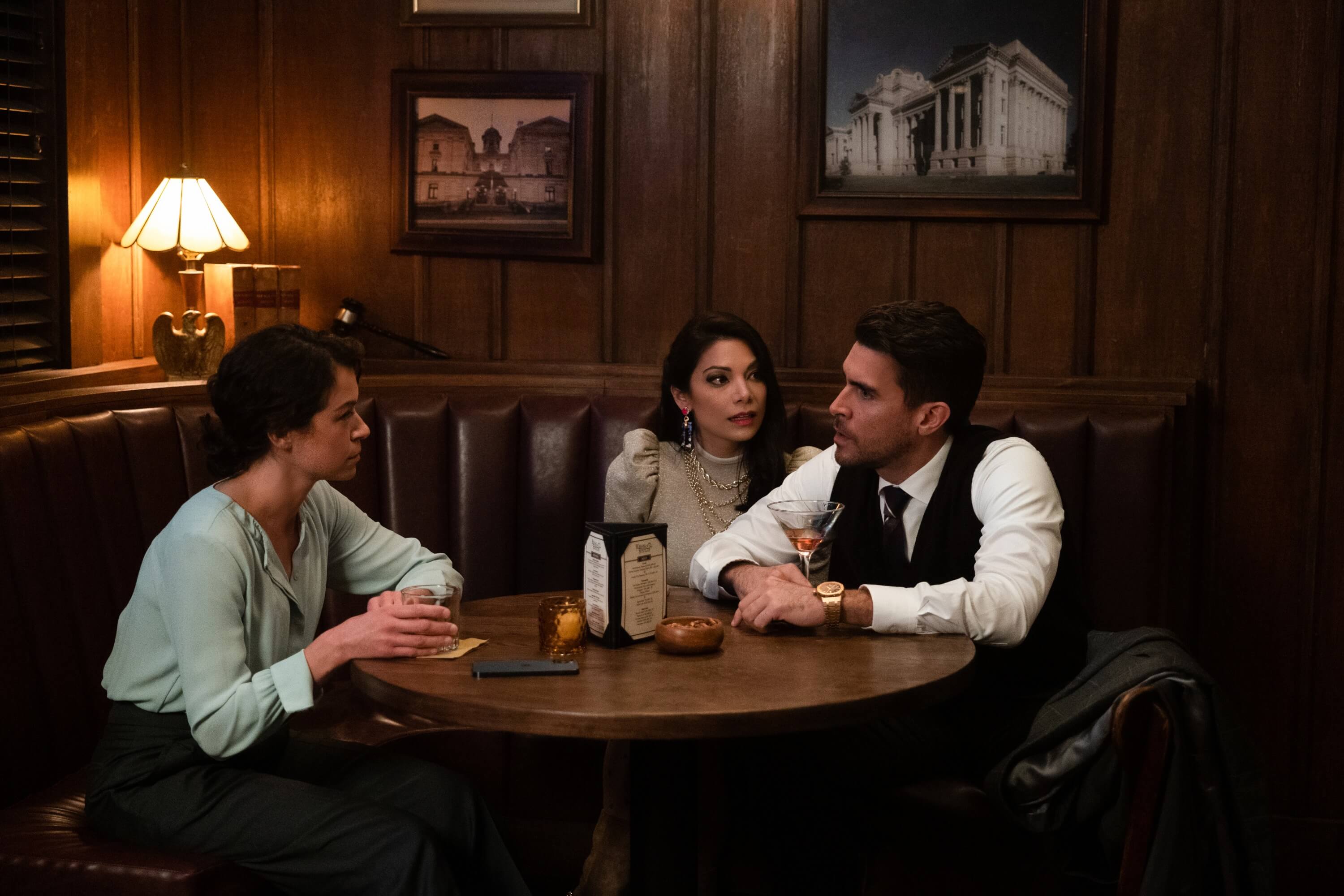 Nikki is funny and silly, but they're both still respectful people who know how to have a conversation with each other and talk out their grievances. They're friends to the point that they're family – and work colleagues! I want to see women who work together! One minute it's "let's do this thing!" and the next, it's "let's joke about the weird attorney that we work with." You know? Just silly stuff that friends would do. Their friendship is just supernatural, and I love it.

Speaking of silly stuff, we've seen what Tatiana has to wear on set when she's She-Hulk. How did you go about filming those scenes and keeping a straight face?

We definitely would end up giggling a lot. Sometimes she's in her – or what I call her – little motion capture jammies while I'm dressed all normal. And she has dots all over her face, and sometimes she wears a little green alien that's hoisted above her head, and that's who I have to talk to in those scenes. Other times she'd be on a riser. They'd build these long, tall risers so that she could walk through an entire scene, which meant that she had to follow the exact path or else fall off, but it meant I could actually look at her, and she'd be She-Hulk height.

We even did one with a moving treadmill, where Tatiana is walking on the treadmill, which someone is pushing. It works really well to show how small I am because I'm scurrying after her, trying to keep up. But it's amazing, the second Tatiana becomes She-Hulk, her whole body changes, so it felt weirdly natural because I would feel like I was in the scene with She-Hulk. The MCU requires so much imagination, which is fun, but Tatiana made me believe that my friend was 6-foot-7. She's just a really good actor.

And as the last question: should She-Hulk be renewed for a second season, where would you like to see Nikki's character go?

Oh my god, I love when Nikki takes the initiative and gets into trouble and just mixes with every group possible. Nikki can be friends with anyone, whether they're toxic or they're good. And she can hang out with those toxic people in order to get secrets out of them! I would love for her to really take advantage of the fact that she likes to be in disguise sometimes, has dumb ideas, or she's always doing things that are borderline illegal to get good intel. Jen would never want her to do it, but Nikki's always willing. I love her will and her ability to blend with any group, human or superhuman. It's really funny to me because she's not afraid of anyone or anything. I'd love to see her buddying up with people to get information.

A spy arc for your character, then.

She-Hulk: Attorney at Law is available to stream on Disney+ from August 18th, with episodes releasing weekly. Read our review here.